Cuma, Şubat 3, 2023
Upgrade to Premium
IN THE DOORWAY
HOPPING
WHAT'S COOKING?
AN ARBITRARY GUIDE
SEND NEWS
CATCH OF THE WEEK

🕯A space for All My Friends; an old-time romantic: Maggie Jones

This week the road leads us to the Wick, in the search of a winsome tune. But beforehand, let's honour an old-time romantic: Maggie Jones, in the heart of Kensington. 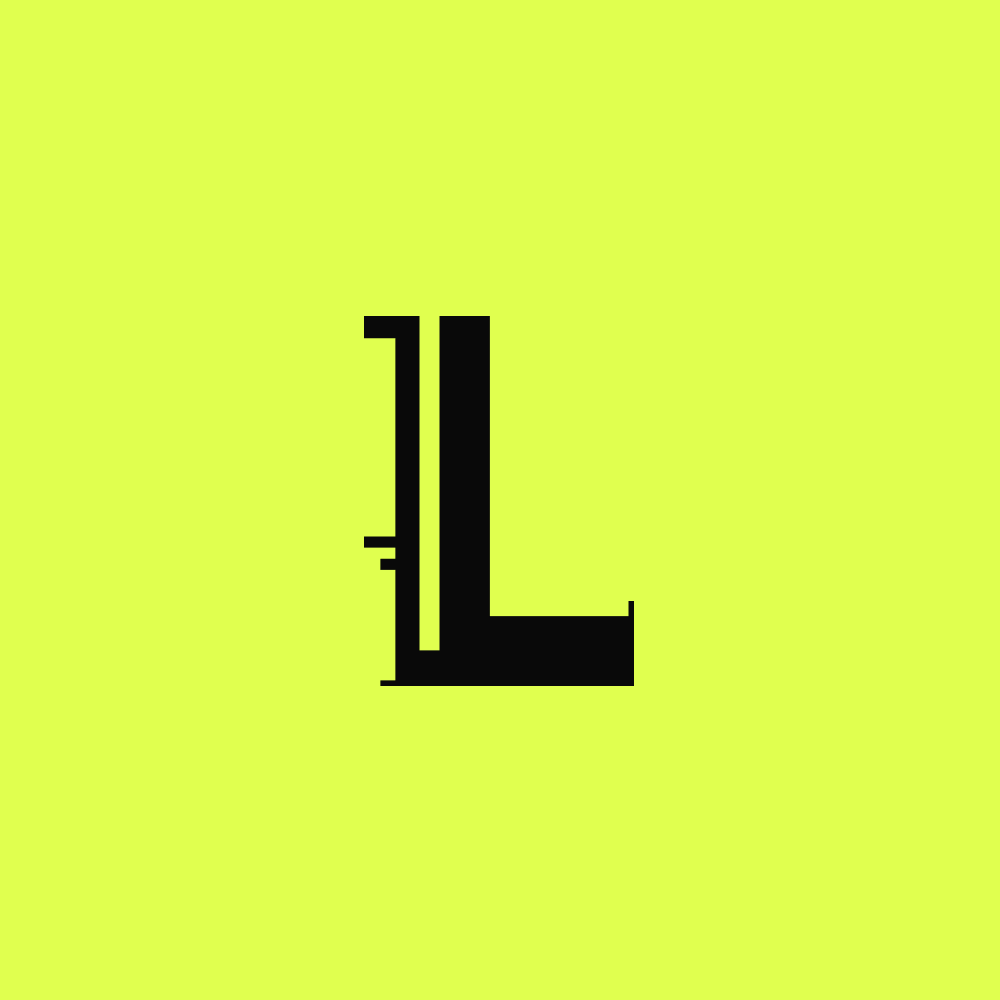 It might not seem like it at first glance, but London can be a romantic city. It can cross your path unexpectedly, after the rain, in the form of a rainbow on top of another while you were trying to catch a meeting. In the middle of the road, you stand, and a couple of green stoplights pass by. You are mesmerized. Another morning, at the crack of a dawn, you are at Elephant and Castle. This can be considered unromantic. It’s the after of a night out at Corsica Studios, everyone is trying to find an Uber, the prices are up to £45, and you decide to walk 52 minutes home, accompanied by acquaintances you just met on the dance floor. The sun rises slowly in between the skyscrapers, the view is the Pantone painted by the clouds.

It can be a stranger smiling at you from across the communal table, a contrabass playing Franz Schubert, a painting on a museum wall, or a friend’s name on the screen. The romance of London is sudden, it is hidden in certain moments. 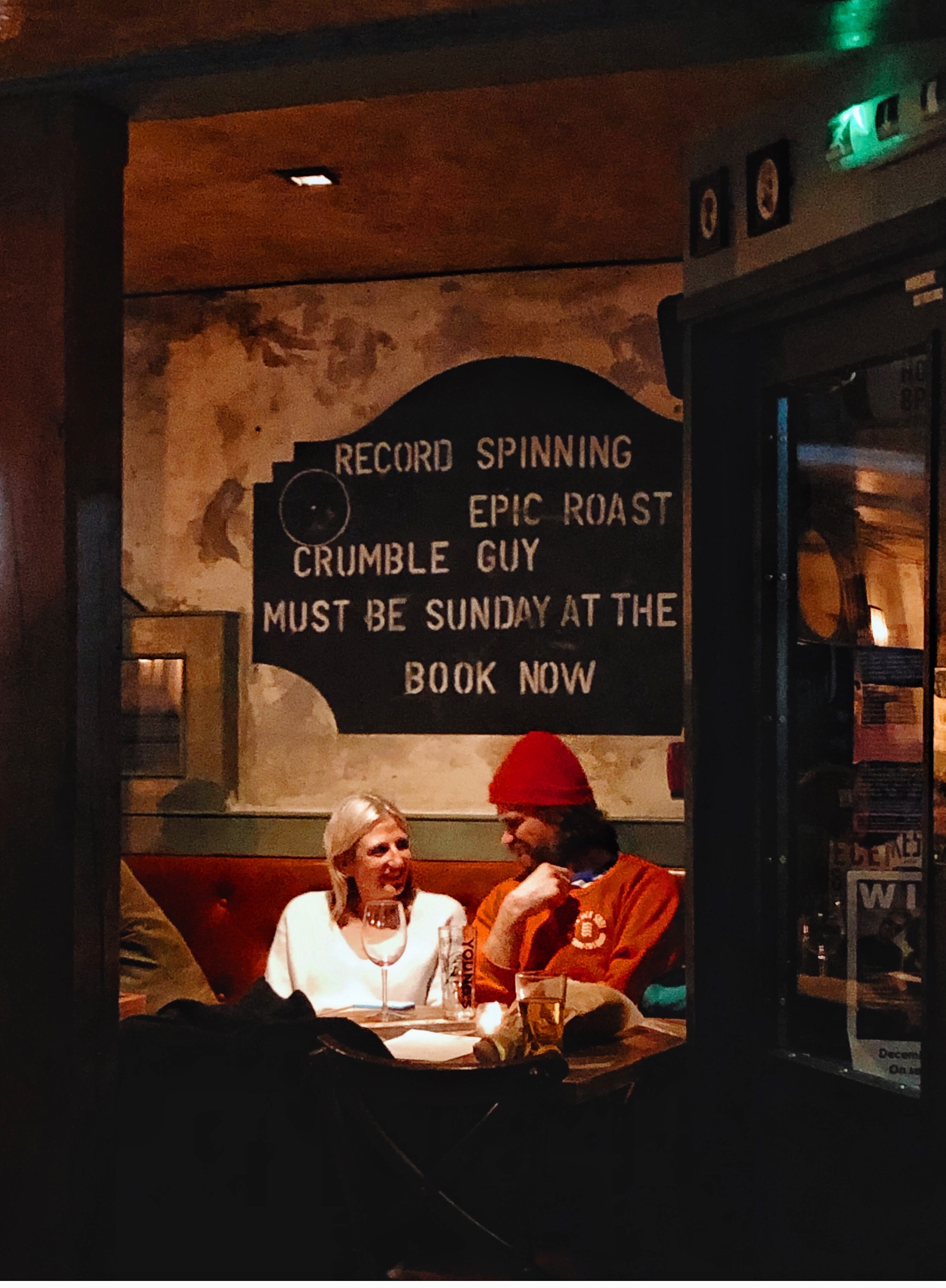 An idyllic moment in time

This week we are at the Wick, following the tunes that are turning into an amorous melody; but beforehand, we drop by Maggie Jones, an old-time romantic.

Gotan Project - Época is playing in the background.

In the 15th AKA '🕯A space for All My Friends; an old-time romantic: Maggie Jones' issue

An Arbitrary Guide (A subjective, opionated guide): To Hackney Wick, as the locals would call it 'Wick'. We are in the search of a winsome tune, turning into a melody that lasts. 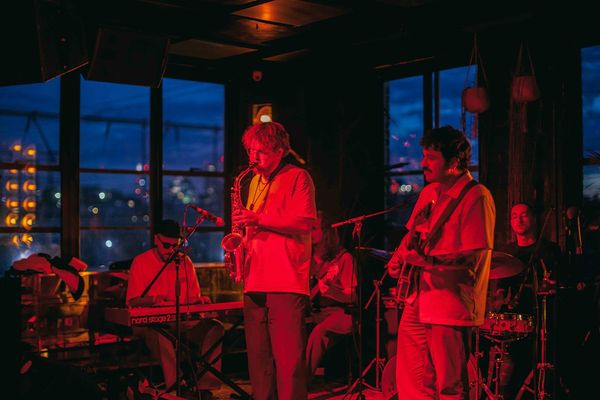 What it is? Jazz improvisation. Every Wednesday, Patterns brings together some of London's finest musicians.

Why should you go? To listen to improvisations from jazz to soul, broken-beat to hip hop and beyond. 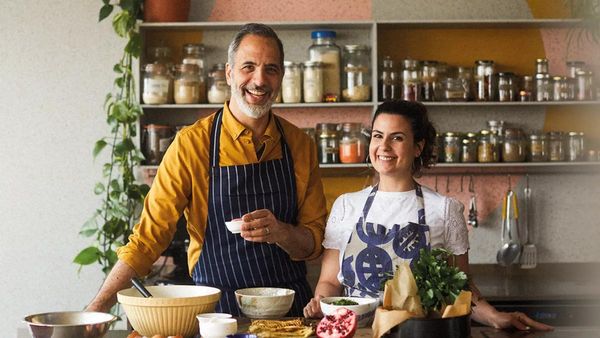 What it is? Book Launch. Yotam Ottolenghi and Noor Murad, the team behind the Ottolenghi Test Kitchen are introducing their latest cookbook: Extra Good Things.

Why should you go? To observe how everyday ingredients can be transformed into dishes with oomph, to be able to ask which secret condiments make Ottelenghi’s authentic dishes.

Duly noted: Tickets are £20 for the balcony, going up to £45 for the front seats. 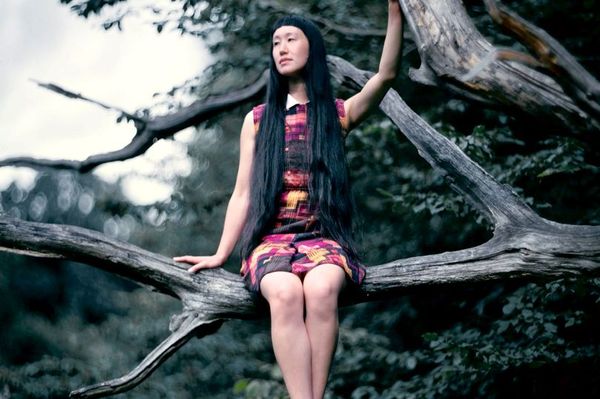 What it is? Album preview. For Dust Gatherers, a new release by Seaming. She is described as  'An astonishing vocalist of haunting emotional power' by The Guardian.

Why should you go? To get acquainted with composer, vocalist and multi-instrumentalist Seaming. Pianist Carolyn Hume and drummer Paul May are joined by Tim Hodgkinson for this one-off performance. Hume and May have been recording and performing together since 2002. 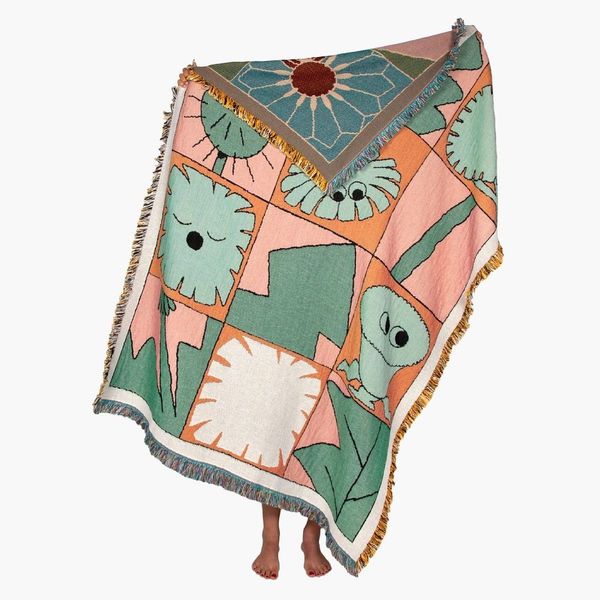 Why should you go? Beeillustrates; Bristol-based illustrator and tattoo artist Poopy Crew; a freelance illustrator from Yorkshire based in London Hel Covell are amongst the 80 talented people that would showcase their works at the market.

Duly noted: Follow their Instagram for more events. There are 2 more markets coming up: 11 February Ceramics Market at the Copeland Park/Bussey Building and 12 February Grown & Thrown, a ceramics and houseplant market. 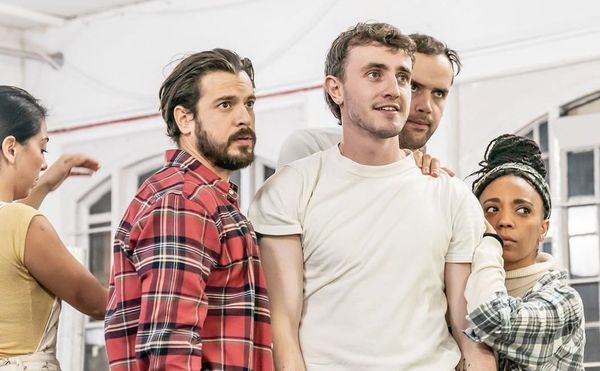 What it is? Play. Following her Summer and Smoke production, Rebecca Frecknall takes on another Tennessee Williams masterpiece: A streetcar named desire.

Why should you go? To watch on the scene BAFTA-winning Paul Mescal (Normal People) as Stanley.

Duly noted: The show is sold-out, let’s expect some additional days or tickets transfered from friends of friends who can’t make it. 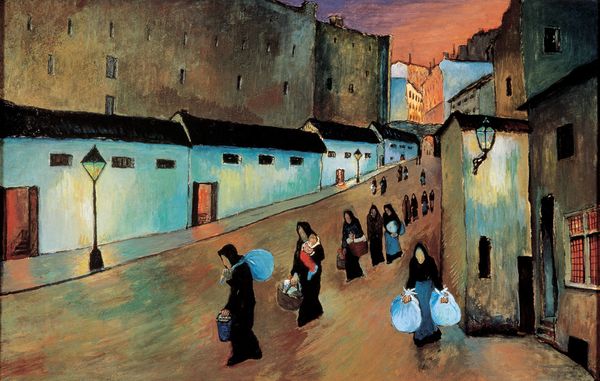 What it is? Exhibition. Making Modernism takes women working in Germany in the early 1900s in its center: Paula Modersohn-Becker, Kӓthe Kollwitz, Gabriele Münter and Marianne Werefkin.

Where? Royal Academy of Arts

Why should you go? To meet Gabriele Günter, a founder member of the Blue Rider, the art group at the heart of German Expressionism or Paula Modersohn-Becker who in the 1880s, studied with the renowned Russian artist Ilya Repin, who compared her to Rembrandt.

Duly noted: This is the last week to catch William Kentridge, South Africa’s most celebrated living artist at the Royal Academy of Arts. 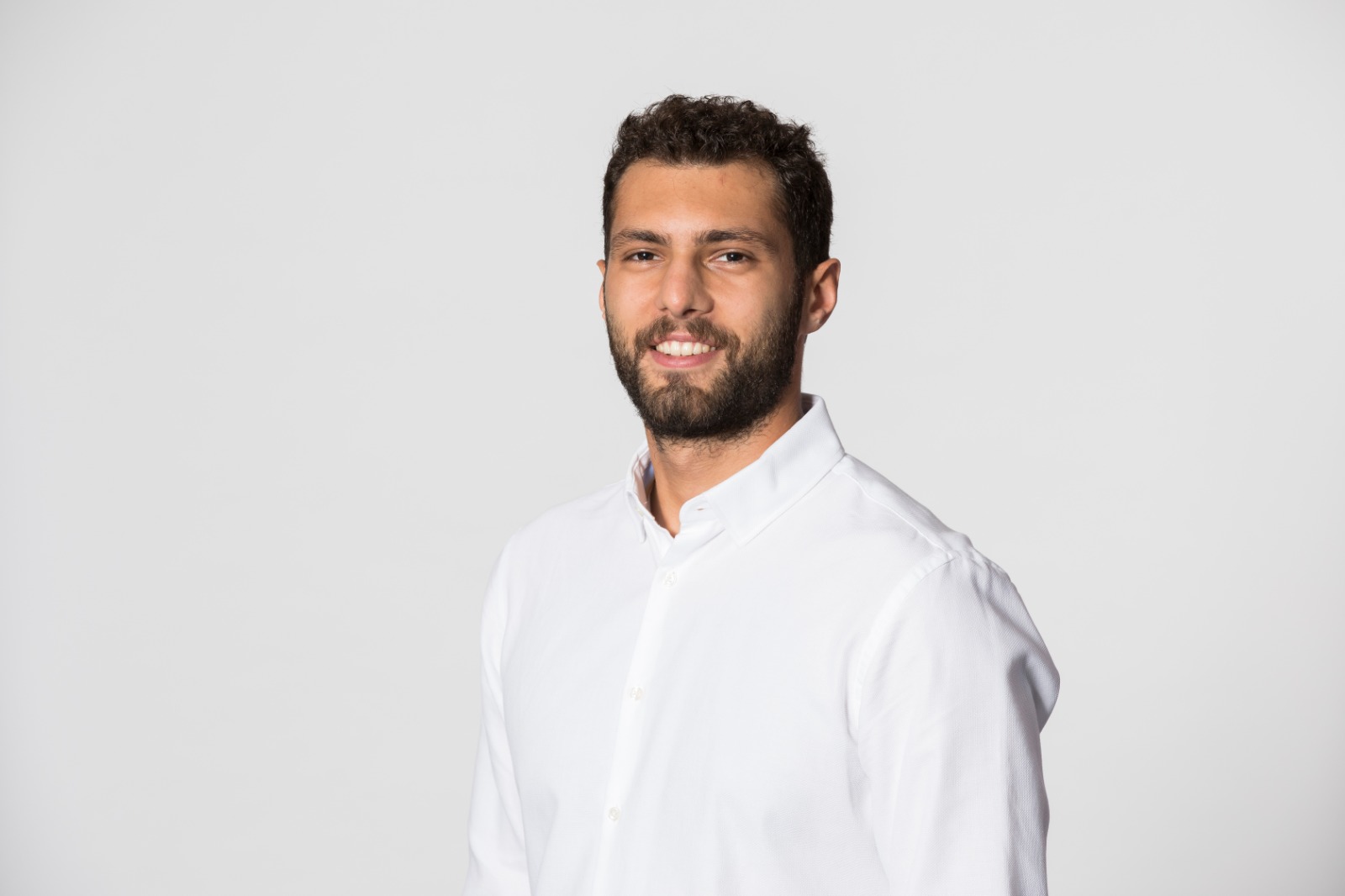 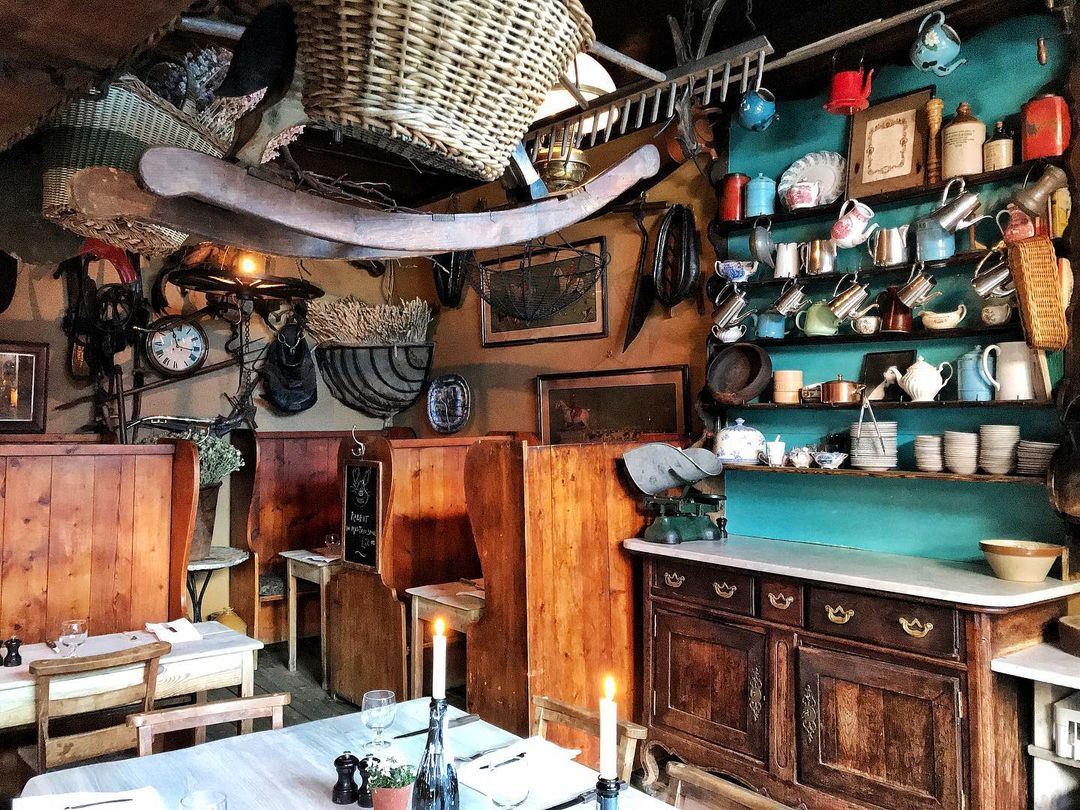 I’m not exactly qualified on what makes an anniversary date great, unlike picking a spot for an anniversary date, which I’ve been doing for years in consultation with friends and strangers. Recommendations for the celebration of two unique people should always be catered around their preferences and dynamics. A rare pop-up dinner might be an exquisite anniversary spot for a self-proclaimed foodie couple, while an establishment restaurant could do better in celebrating the everlasting veteran love of an established couple (dimly lit spaces do not fit the latter as it’s as difficult to read the menu without using the light of the phone) after a certain age. 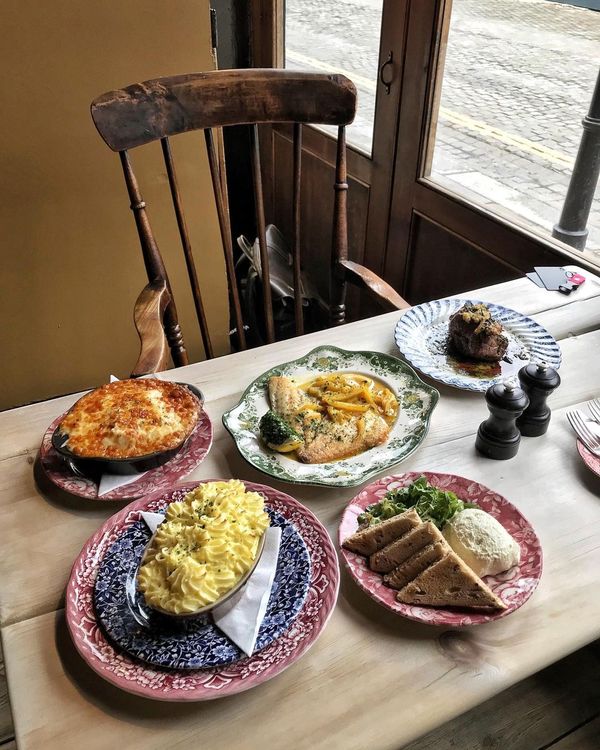 However, one restaurant in London makes it to all lists for important special occasions (in the biblical sense): Maggie Jones. Rustic and romantic, Maggie Jones serves a hearty and classic menu in a candle-lit atmosphere. The nostalgic but not antique, ornamental but not flashy decorations filling the space make the perfect excuse to look around when one realises they were lost in the eyes of their loved one for too long. The wooden cubicles upstairs give couples breathing room without isolating them completely.

What to eat: The food at Maggie Jones consists of rich classics, heavily leaning on meats accompanied by butterful sauces and vegetable sides. It’s the kind of British place where desserts are categorised as puddings.

Today, we are wandering the streets of Wick, where the communal life in the warehouses has shifted to galleries and bars that open their doors to Queens Yard. We are following the beats, the tunes and the melodies of the neigbourhood. 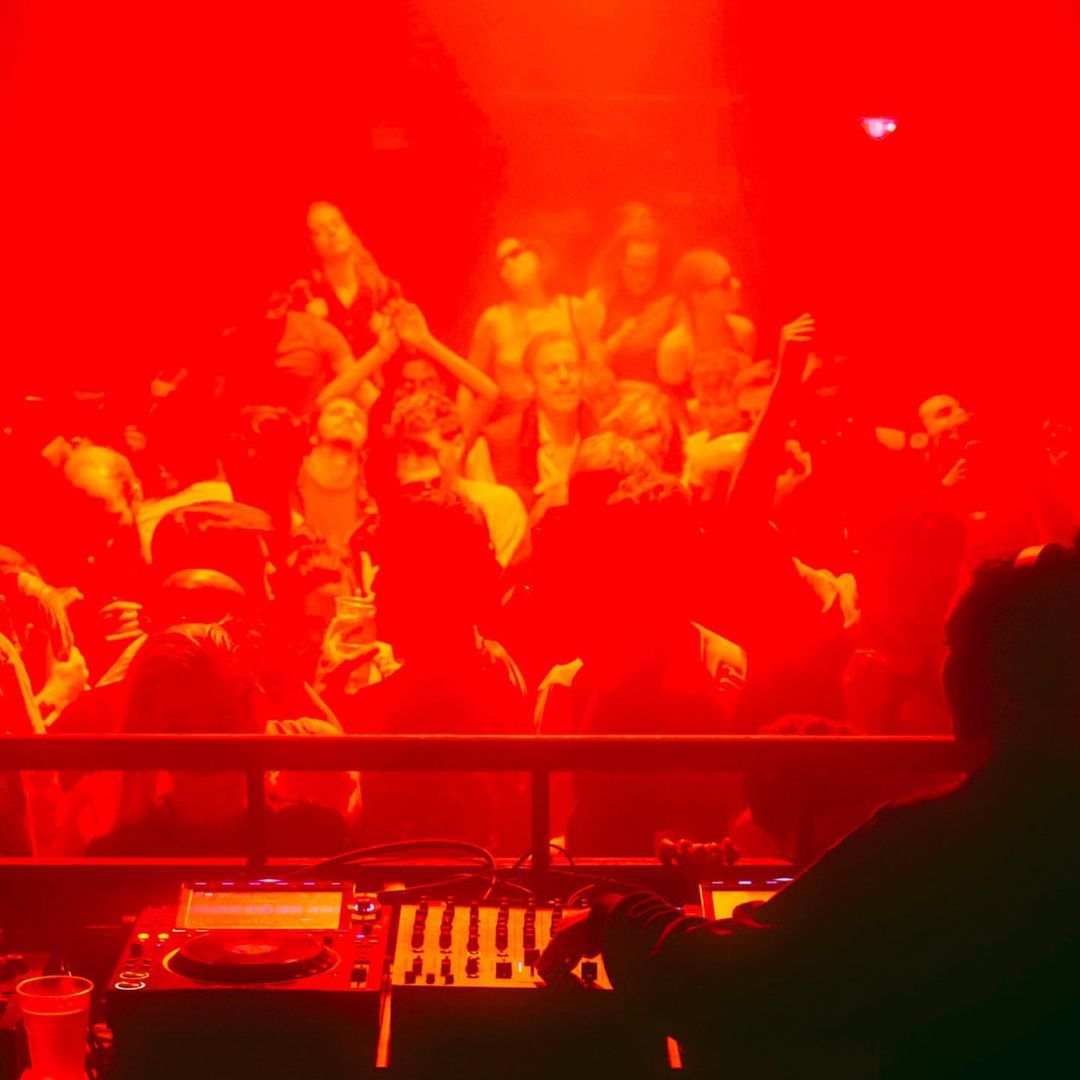 Hackney Wick - Wick as it is known in the neighbourhood - where many asphalt, paper and silk factories were established, became the centre of artists' workshops in the 2000s and the base of many urban transformation projects after the construction of the Queen Elizabeth Olympic Park. Today, we are wandering the streets of Wick, where the communal life in the warehouses has shifted to galleries and music venues. The aim is to find where the jazz tunes and afro-beats are coming from. 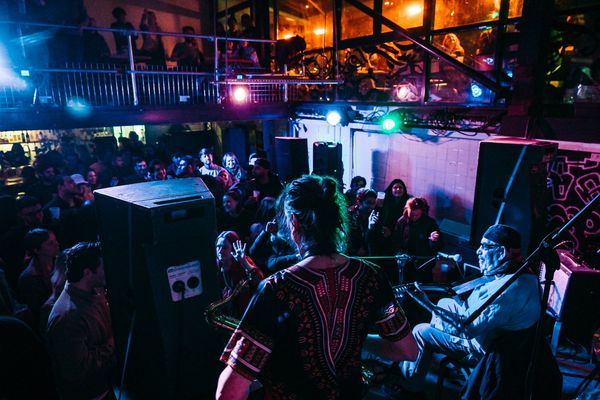 Dance it up at the Grow

In London, it is not customary to party until the first light of the morning - of course, this doesn’t apply to the summer months, but it is pitch black at the moment. Pubs close their doors at 11:00 p.m. and nightclubs at 1:00 a.m. Grow in Hackney Wick is an exception to this. Here you can find live jazz jam on Thursdays;  neo-soul, club 90s/00s; dancehall/ reggae/bashment, old school garage on Fridays; open mic poetry nights on Tuesdays or Matt Johnson, who is for the last 20-years, has been the keyboard player for Jamiroquai. 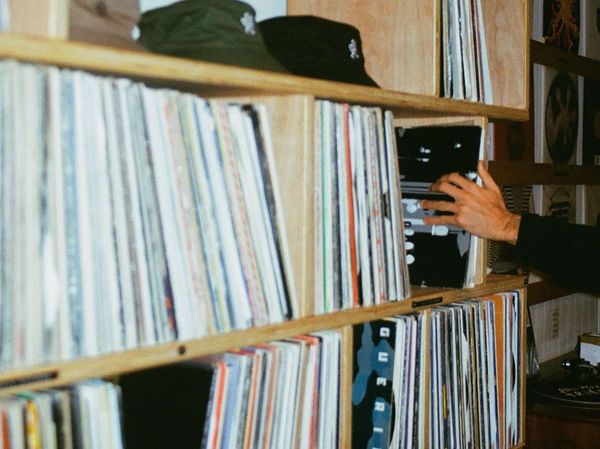 The newest addition: All My Friends

"A place for the friends we have met along the way. A place for all the people we've yet to met." This is how co-founder Stuart Glen describes the space we are in. A record shop where you can buy, sell and listen to the dance tunes on a rainy afternoon; Sho Foo Doh cooking Japanese style okonomiyaki in the kitchen, serving small (un)familiar dishes; sourdough pizza from True Craft; a laid back, listening bar style hang-out where you keep being mesmerized by the music coming from the hi-fidelity sound system as we would describe.

Astounding line-ups at the Colour Factory

Orii Jam on Monday night until 11:55 p.m. (yes, you heard it well). HOWL hosting LGBTQ+ collectives. Secretsundaze kicking 2023 with a 1 January day rave. The Colour Factory has a wondrous way of lining up the night.

Artist residencies, exhibitions in the gallery on the ground floor, a multi-purpose events space & recording studio complex. On weeknights when you pass by the Open House Hackney, you can be captivated by an oboe performance and find yourself in an ongoing party. 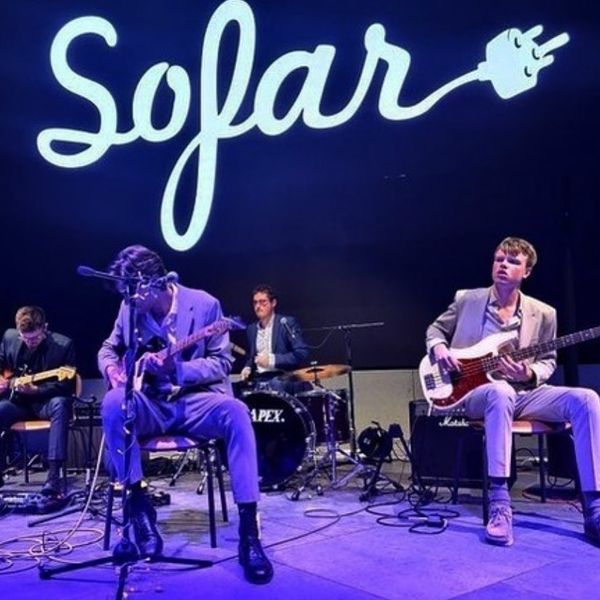 Stour Space - closed. In search of a quiet place with coffee during the day, one of the locals suggested Two More Years. What a strange name we thought. Two more years was the time left in the contract when they opened it before the building would enter urban transformation. They are spending whatever time left opening exhibition spaces for local artists, boasting 11 studios for local creatives and dancing on weekends. Who knows, maybe Two More Years, like Oslo House, will win by resisting.

Thingy Radio is playing in the background

While waiting for your coffee or soup at Thingy, you can look at the works of local artists on the shelves around you and listen to reggae choirs in three-hour Spotify lists. 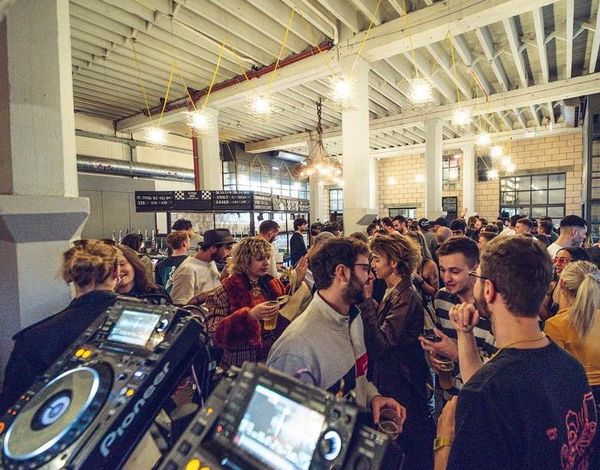 Meet us at Queen's Yard!

Crate's own production beers, creative lamps made of quilt springs, Brixton radio’s residency vinyl nights every Thursday; concerts at The Colour Factory, even vegan markets; Old Street Brewery's nachos, cheering teams on match days and the courtyard environment in general. Queen’s Yard is the festival area of Hackney Wick, no matter what season it is.

We are in Michael Phelps' lane

The London Aquatics Centre, designed by Zaha Hadid Architecture for the Olympics, is the neighbourhood pool of Wick residents today. You feel as if you are swimming in the 50-metre lane following Michael Phelps. The music is coming from under the water this time if you have a nifty playlist. Here is one we have.

Continuing the amusement park spirit from where we left off in the 1990s!

Not all games are played on screens! There are still places where you can play by throwing coins into the machine like in the amusement parks of the 1990s. At Four Quarters you can find classics like Pac-Man, Street Fighter, Space Freebird, and Sega Rally. With a beer.

Dear Londoner, we would love to hear from you! Email us your questions or feedback at: [email protected] and DM us if you've heard a rumor about a day rave, where the party is going on after 2:00 a.m., or if you know an additional Mexican taqueria where we should discover. 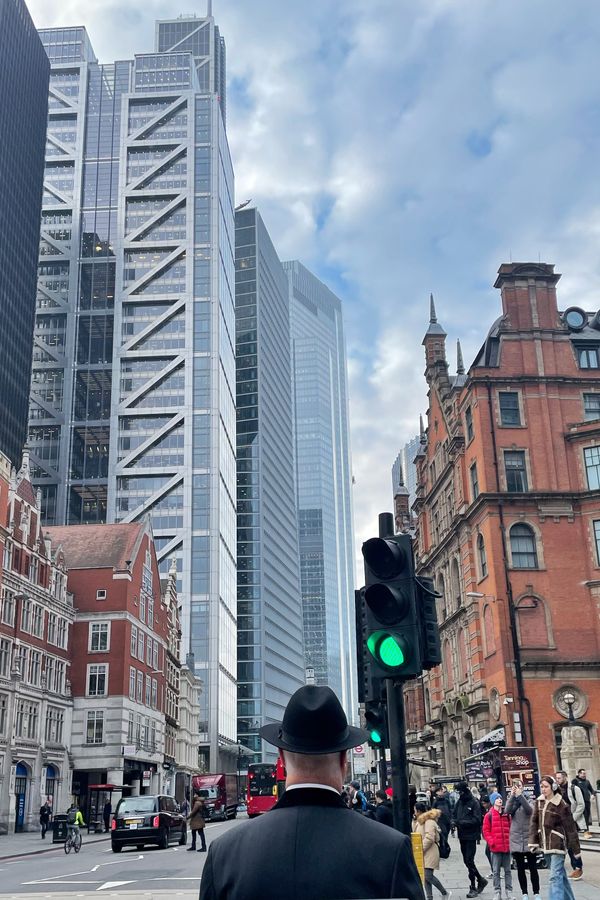 A René François Ghislain Magritte moment in London, outside of the Liverpool Station

At times, London feels like lyrics from a song, a scene from a movie, or a sketch before a chef d'oeuvre. When was the last time it felt like this for you? Let us know @aposto.london