Top stories of the year 🎄 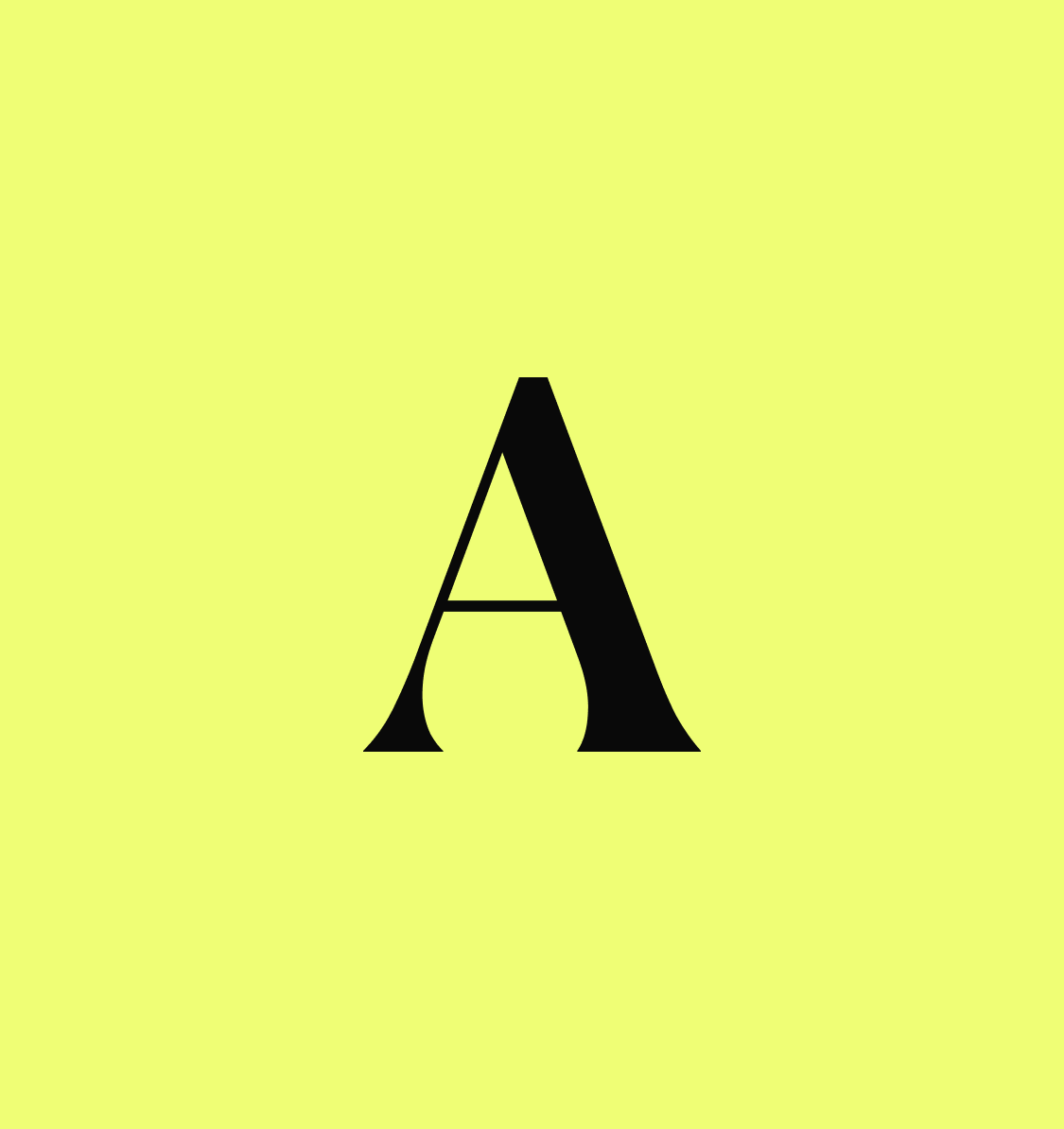 This year, we experienced a brand new world of publishing. We welcomed new publications who hosted prestigious guest columnists, traveled, philosophized, and more.

Let's take a look back at some of the best articles we read this year.

This week, Aposto Europe publishes Year in Review issues where they wrap up the developments through in 2022.

• Swiss tennis legend Roger Federer has retired after a 24-year career filled to the brim with success. The 41-year-old player announced the news by posting a recording of himself reading a heartwarming letter, which he ended with: “Finally, to the game of tennis: I love you and will never leave you.”

• In the Netherlands, a new four-party coalition government took office with Mark Rutte as prime minister.

• In Hungary, Viktor Orbán was elected prime minister for the fourth time with 57% of the vote.

• In Serbia, President Aleksandar Vučić won the presidential elections for the second time. Vučić became the first person to be elected president of the country twice.

• Emmanuel Macron, the candidate of the Republican March Party, won the presidential elections in France with 58.2% of the vote.

• 2022 was a year of political instability in the United Kingdom. After Prime Minister Boris Johnson resigned, Liz Truss, who was elected to replace him, stayed in office for only 44 days and then resigned. Rishi Sunak was elected PM after Truss—who became the shortest-serving prime minister in the history of the kingdom.

• Bitcoin has lost nearly two-thirds of its value, falling from above $45k to slightly above $15k following the terraUSD and FTX scandals.

This year was just one of 5 in the last 100 years where both US Treasuries and the S&P 500 finished in the red. The 2-10 Treasury yield curve saw its biggest inversion in about four decades, signaling increasing concerns about a potential recession.

• Porsche became Europe’s most valuable automaker, overtaking parent Volkswagen after the automaker's successful initial public offering (IPO). In fact; Porsche attracted so much demand for its IPO, almost half the investors that put in orders were not allocated shares in the deal. Just a week after the IPO, with its total value reaching €82.7 billion, Porsche has overtaken Volkswagen’s valuation of €78.8 billion.

Throughout the year, politics publication Spektrum shed a light on Turkey politics.

From the French Revolution to the AKP: What is this conservatism?

In the 18th century, the Industrial Revolution, which began in England, opened the door to an era of revolutions in which political, economic, and social changes took place, especially in Europe. The growth of cities under the influence of the Industrial Revolution, the rapid increase in migration from villages to cities to meet the labour needs of newly established factories, and the new lifestyles created by the urban life gave impetus to sociological transformations. In this period of great political and technological developments, history was accelerated, and the 'modern world' was ushered in.

Although it is not possible to give a clear definition of what modernity is, the definition commonly used in Turkish history is based on the European lifestyle and the political and legal systems of European countries. On the other hand, one of the building blocks of modernisation is the city and urban life. Cities or towns are also the places where local and foreign people interact and where modern public spaces allow for the expression of all kinds of ideas emerge.

Throughout 2022, Zappa Times wrote about literature, nature, food, and economics.

Historically, classical states can only exist with grain agriculture. Or the state likes plain lands rather than mountains, forests, wetlands and swamps. In communities where root crops or legumes are at the center of the economy, diet, and livelihood, the state as a central authority cannot gain power. For example, unlike wheat, maize or rice, potatoes, cassava or lentils are not easy for the state official to measure, easily tracked by the tax system, or easily stored after transportation. On the contrary, because they grow underground, because their harvest time cannot be tracked with temporal regularity, because they are "scattered", they can be more easily hidden (i.e. more easily evaded taxation) by the growers...

Therefore, going "against the grain" also means opposing the "state" and the state's efforts to make people legible (legibility), appropriation, and control of their vital activities. A comprehensive discussion of the conceptual and empirical framework underpinning this argument can be found in James C. Scott's early work Seeing Like a State (1999, Yale University Press).

Wine publiction Veraison continued to imagine their next sip while exploring the wine in their glass.

🍷 The most magical season

Doesn't it look just like a bunch of grapes? They themselves will grow and become grape clusters in the future. The flowers will turn into grapes and the grains will be counted one by one. Every grape's formation and transformation process is different. Therefore, there are no deadlines.

The flowers have turned into grapes, the grape berries have formed, now we can see the cluster. It is forming. If we try to taste it, it's a bitter, very very sour taste! Sugar hasn't come on the scene yet because the grape has very high acidity.

Then comes summer, and just before fall, the magic season begins: véraison. The word is French for a period in viticulture. It's when the grape berries change color and become speckled. When you look at a cluster, it's as if you see a speckled pattern. You can imagine speckles like in the illustration below.

Circular Economy 101 explored circular economy, a model of production and consumption of sharing, renting, reusing, repairing, refurbishing, and recycling existing materials and products for as long as possible.

Can plastic transform despite its bad reputation?

In the recent years, discussions around plastics, plastic pollution in the oceans and the piles of rubbish created by single-use plastics have been widely debated. Although this leads to a war against plastic material, in fact, plastic makes a great contribution to the development of the modern world thanks to its durable, flexible, and strong structure. Plastic, which was declared "bad" due to people's unconscious use of it, has many positive effects in all areas of life.

Plastic, which has so many uses, can become the most valuable material of the modern world with a properly designed system. The damage to the environment and social life is not due to the current structure of plastic, but rather to humanity's inability to consume plastic responsibly. In order to overcome these problems, we need a circular plastic system that is redesigned according to the principles of circular economy and will be realised by thinking down to the finest detail.

This year, we happy to announce Aposto Tech, Aposto Business, Aposto Science, Aposto Sports, and Aposto Finance. These publications gather the best articles at Aposto and columns from internationally recognised experts and opinion leaders, curated by our editors.

Below, you will find quotes from some of the best articles of the year:

In addition to the conveniences FinTech industry has implemented in everyday life with its unavoidable rise, the potential risks this developing industry might pose are highlighted. One of the biggest concerns is the possible violation of privacy of individual or corporate data.

The already existing oil companies and fossil-fuelled vehicles have immense dominance in the sector. However, McKinsey’s Global Energy Perspective 2022 Report, claims that the share of renewable energies in global electricity production is expected to double in the next 15 years.

Electric vehicles: What is on the other side of the coin?, Aposto Business

Arab unity based on well-executed and realistic strategies would make a huge difference to the region. And it is here that Morocco’s World Cup should inspire us.

Plastic pollution threatens people’s health and endangers the environment. And plastic causes harm throughout its entire lifecycle, beginning with resource extraction and continuing after disposal.

Globalization may be changing, but it is hardly in retreat. In fact, global trade is stronger than ever. What is new is the push to locate value chains in more politically predictable places, so that geopolitical tensions and rogue actors do not unduly affect the free flow of goods and services. India could fit the bill, but first it will need to resolve some outstanding questions.