Hello! In this issue, we touch on the mega cities we frequently come across these days. How close are these artificial cities to providing solutions to climate change and urbanisation problems and what do they promise?

We are working on new contents and ideas with Aposto’s new interface. Also, we are coming back with our Instagram account which has been silent for a while. You can follow us from here to stay up to date.

🕰️ Songdo: A Utopia or a Dystopia

🎨 Colour of the week: Navy blue

The Line: The 170 Kilometre-tall mega city

At 500 metres, The Line will be the 12th tallest building in the world. What message does urbanisation becoming more and more artificial get across to us? 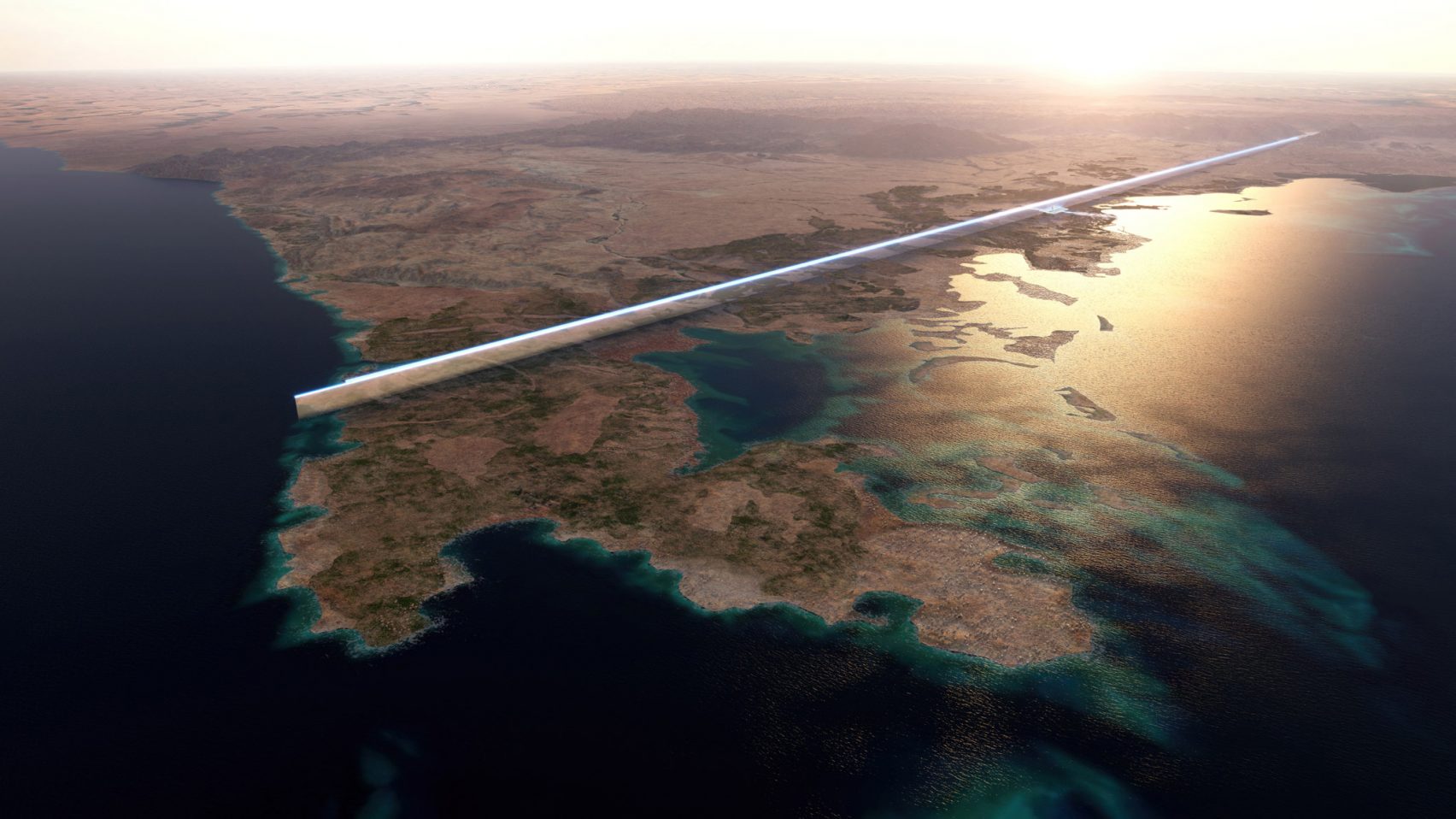 The Saudi Arabian government has published the images of the 500 metre-tall linear city called The Line which will be constructed around The Red Sea as a part of Neom. 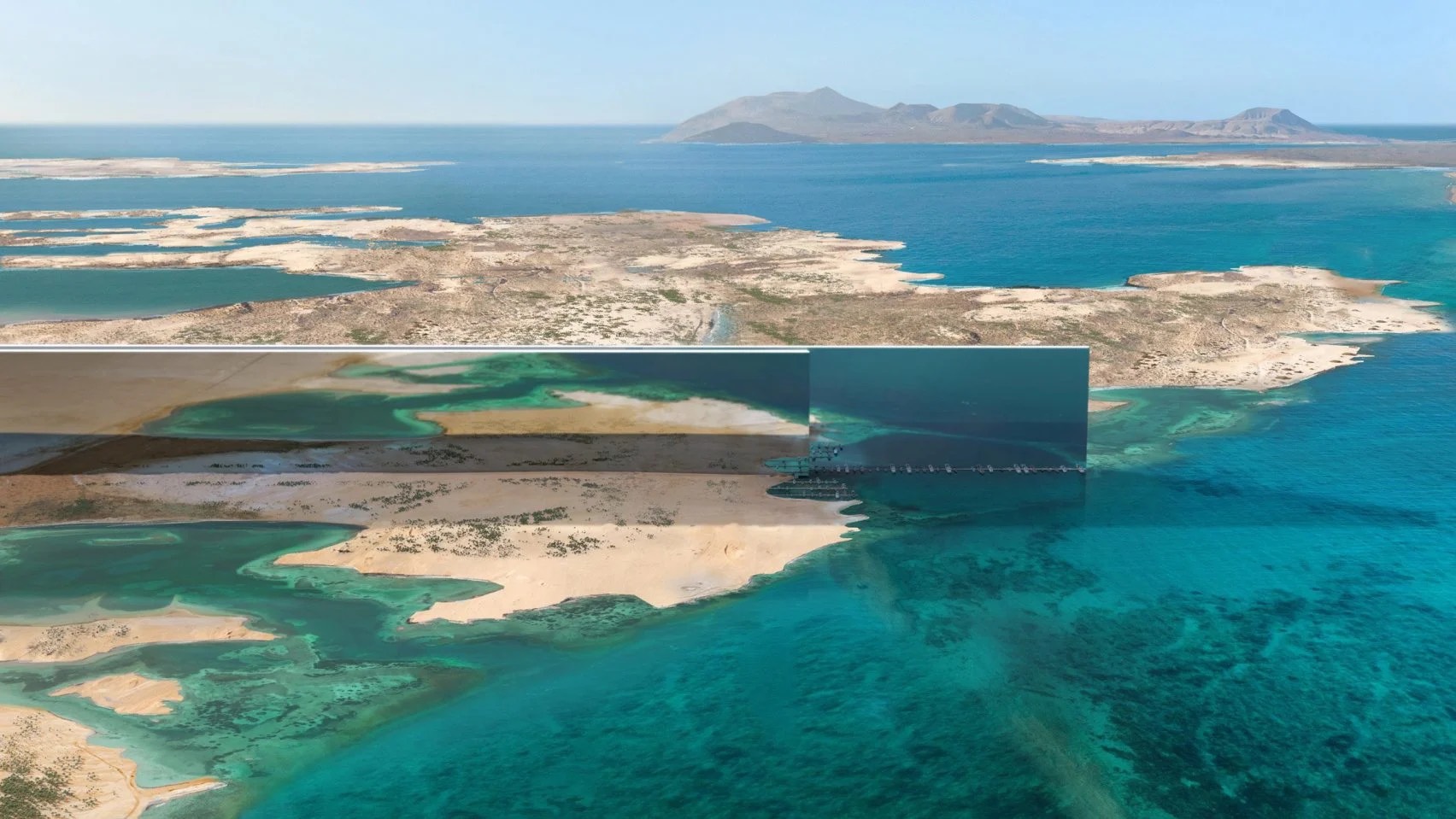 Expected to stretch for 170 kilometres in northwest Saudi Arabia, the megastructure will have mirrored facades with a height of 500 metres and a width of only 200 metres.

Having been planned as a part of Neom, The Line was designed as a dramatic alternative for traditional cities that typically radiate from a centre point. The Saudi crown prince, Muhammad bin Salman said that last year, in The Line’s launch, they have pledged a revolution to alter civilisation that prioritizes people, relating to a radical change in urban planning.

'Today’s designs for the city’s vertically layered communities will square off the traditional flat, horizontal cities and set a model for the conservation of nature and the upgrade of life quality.' 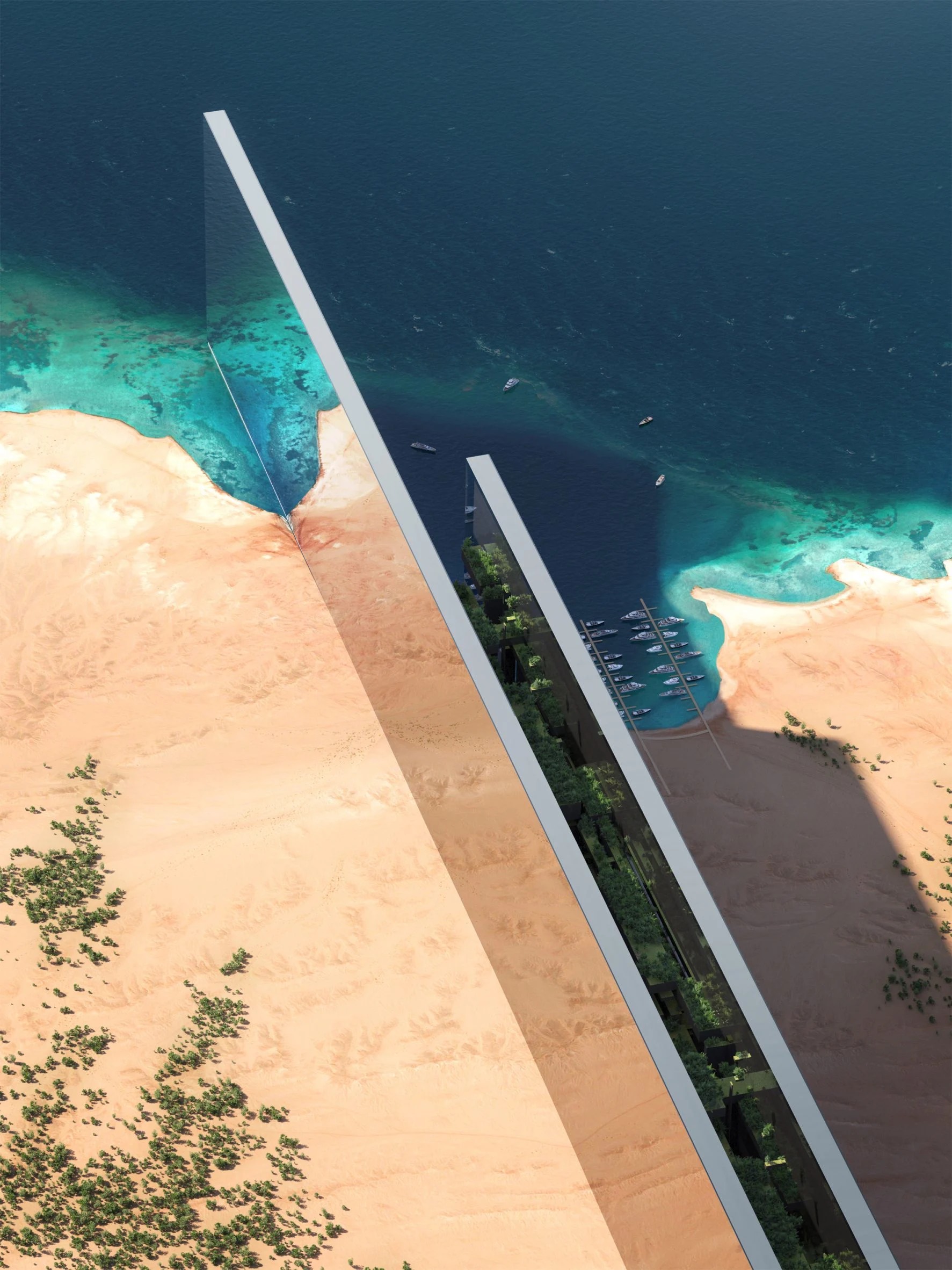 'The Line will overcome the challenges humanity faces in today’s urban life and light the way for alternative lifestyles.'

The megastructure will consist of two wall-like structures which will cover an open space between them. At 500 metres, it will be the 12th tallest building in the world. When done and dusted, The Line is supposed to accommodate 9 million people with dwelling, shopping and entertainment areas. In addition, it will include schools and parks.  Different functions will be superimposed with an arrangement named Zero Gravity Urbanism by the creators of the city. As shown in the images, the parks will be connected to one another with multiple bridges, and they will be located between two linear blocks which are planned to be closed with more green areas.

To achieve a unique appearance, the megastructure will be fully covered with mirrored facades. A transportation system that will stretch across the megastructure has been designed to connect the two ends of the city in 20 minutes. According to the Saudi Arabian government, the structure will be completely empowered by renewable energy and it will create a sustainable alternative for traditional cities.

Having come into sight for the first time last year, The Line makes up a part of the Neom enterprise which is located in northwest Saudi Arabia.  Neom is a part of the Saudi Arabian vision for 2030, which aims at the diversification of the economy, and being less dependent on oil. 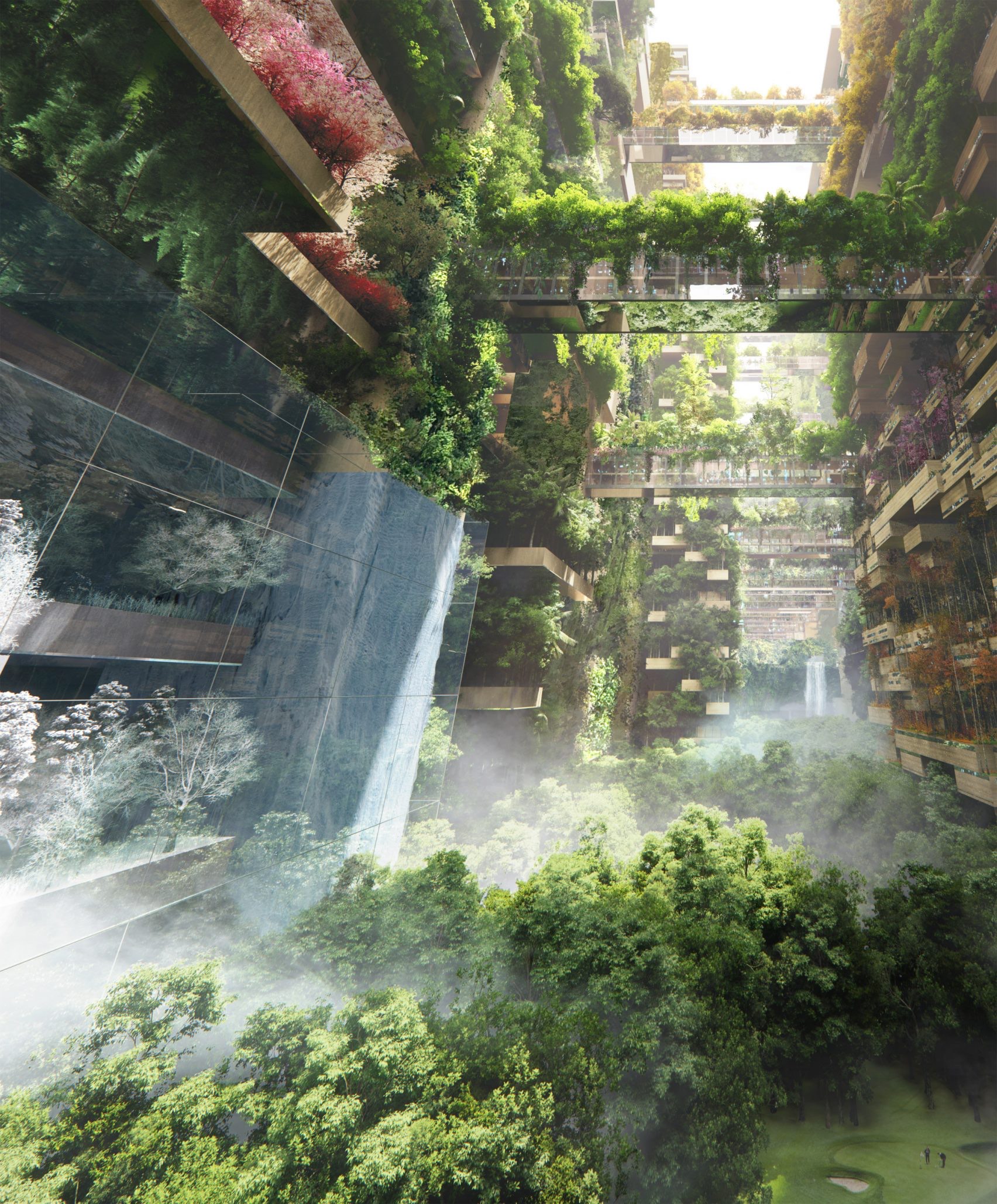 However, besides being far from traditional urbanisation methods, I am not sure how realistic it is to have such an abstract city plan which is highly disconnected from climate, human habits and nature.

Are smart cities able to serve the purposes that have shaped their design process? 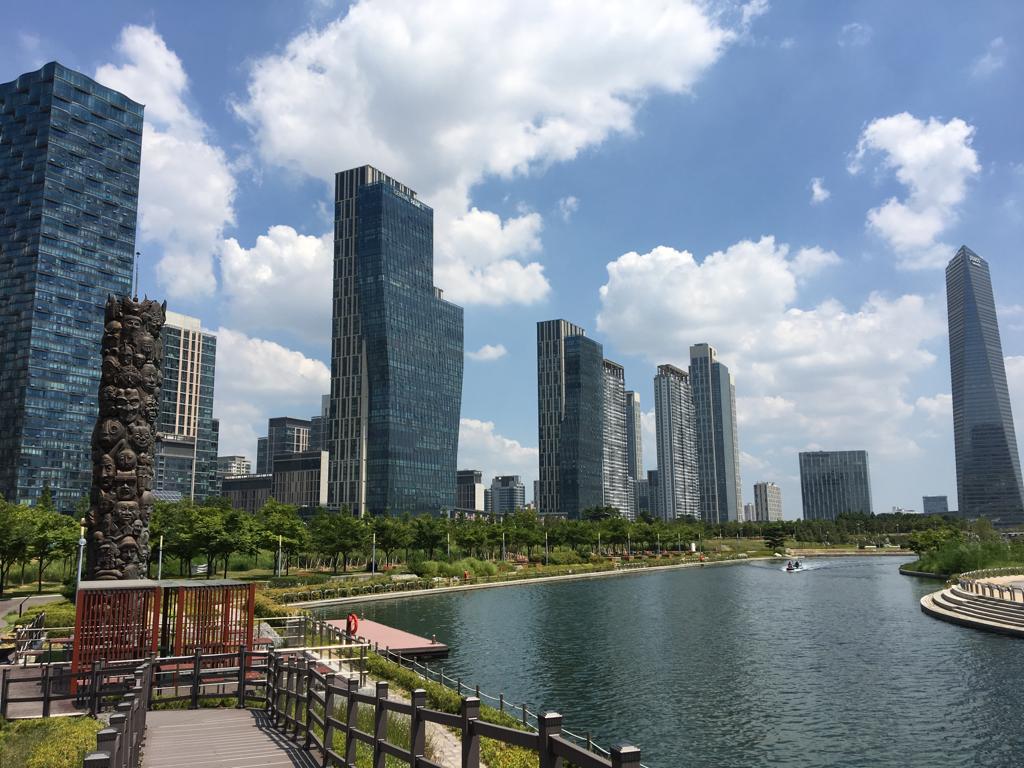 While Saudi Arabia’s smart and futuristic city plan ‘The Line’ is echoing, I would like to share my thoughts on another smart city project which I have witnessed while I was in South Korea. With the influence of the series ‘Severance’, I will be talking about both Songdo and other smart cities in relation to Songdo. 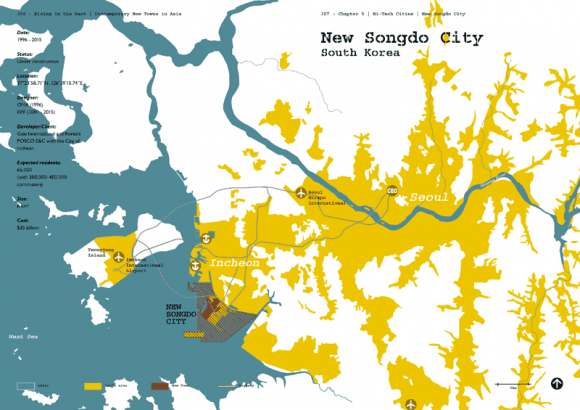 Being one of the first smart cities in the world, Songdo International Business District, in South Korea’s Incheon region, was planned by turning the location’s closeness to the airport into an advantage. The city, being only 30 kilometres from Seoul and having started from scratch, is the biggest private property project implemented in history. Although the project was supposed to be finished in 2015, with 80,000 flats, 5,000,000 m2 of office area and a 900,000 m2 shopping centre, it still remains incomplete. In addition to the abovementioned areas, the city holds cycle tracks, big streets and many parks, which makes it almost a city utopia. 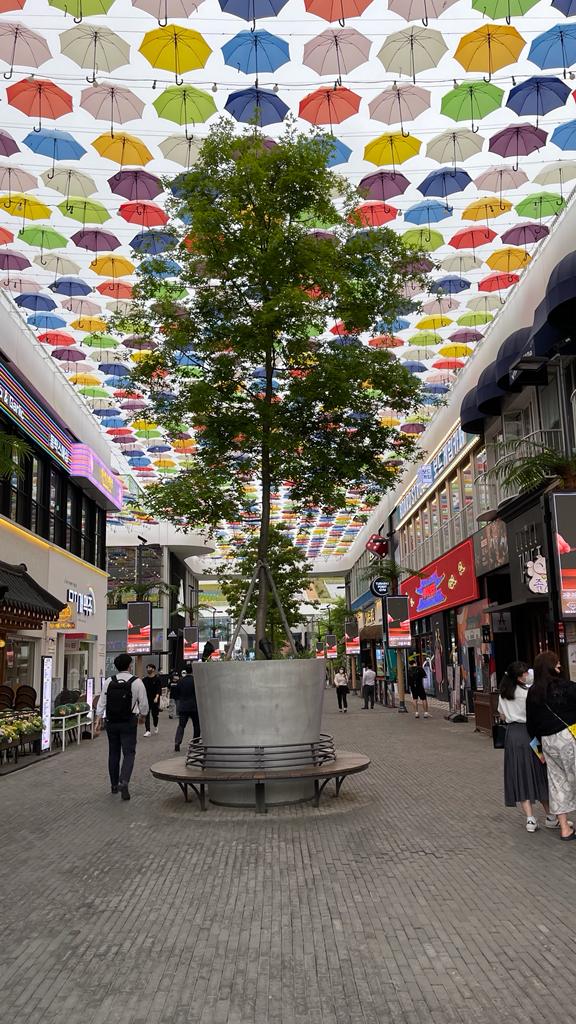 Moreover, the city puts the firsts into practice in terms of sustainability by hosting 106 buildings with an LEED certificate which means that 40% of the city is certified. Therefore, it is quite impossible to encounter trash in the city because the trash is collected via trash chutes in buildings and categorised as either waste or recycle. The city manifests its smartness once again with the free Wi-Fi and the electronic systems inside the buildings. Access to residentials is ensured by either cards or passwords while the screens at homes make it possible to control the room temperature, the lights, etc. One of the most interesting things for me was the constant music playing on the streets.  It seemed as if the purpose was to protect the pedestrians from the sun with huge umbrellas while they were waiting for the long traffic lights in addition to entertaining them. 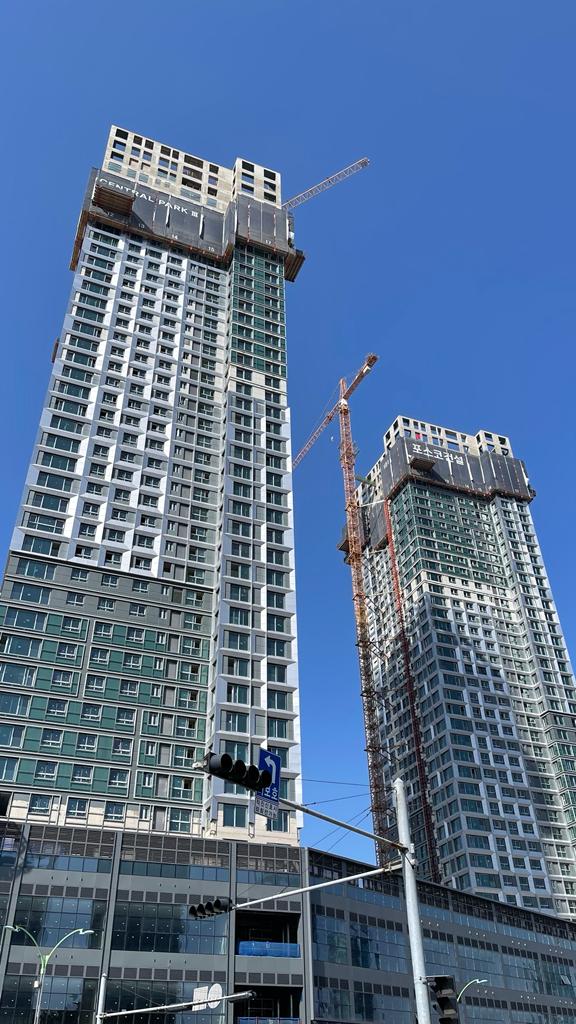 So, how did this smart city make me feel like? Although South Korea’s plan to construct the future’s smart and organised city, as opposed to the chaos of Seoul, seemed plausible, it is likely for this utopia to turn into a dystopia — in fact, it is already turning. This excessively sterile and organised city cannot manage to get rid of the feeling of a big, clean shopping centre. Furthermore, it is not somewhere people can afford, considering the rapid climb of house prices. The city’s population is around 167,000. And we know for a fact that more buildings than demanded are built and many more are to come. Empty streets and parks are almost like a reflection of the demand and supply gap. When I think of this gap, I cannot help asking myself: How could a smart and sustainable city be the future’s city in the first place when it is not preferred by people? Those who would like to be close to work and families looking to run away from Seoul’s chaos prefer this city. On the other hand, how different is it from Panoptikon with the obliviousness among its residents and the CCTVs watching the city 24/7? 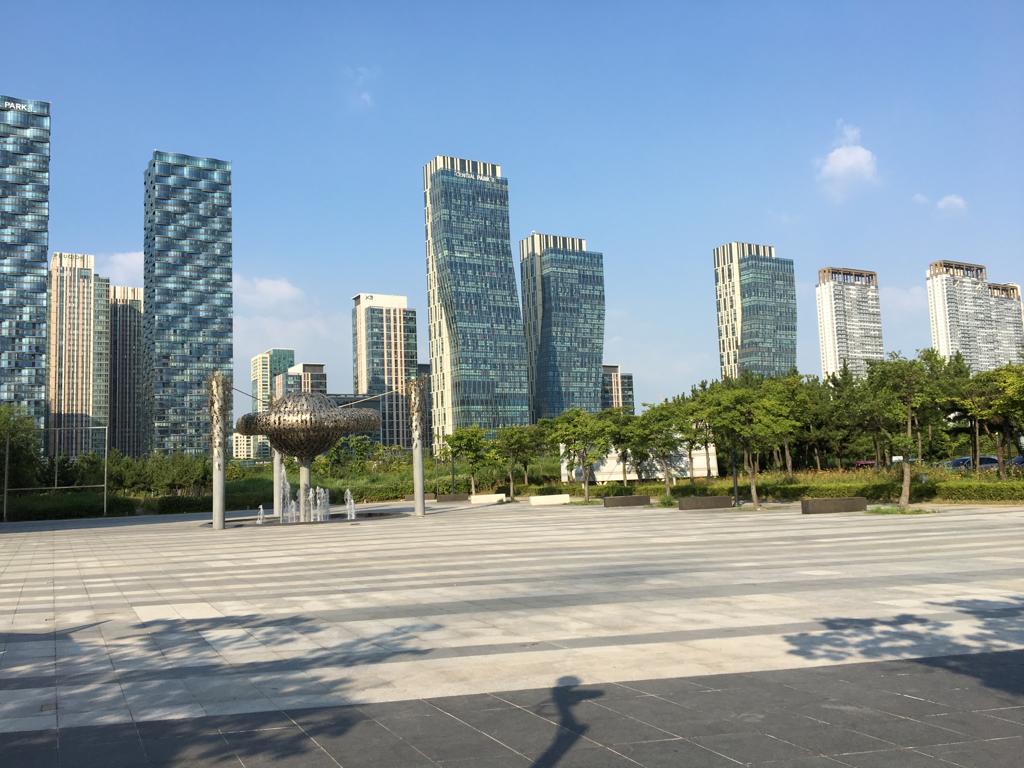 I believe the human factor and its values are neglected whereas smartness and political correctness are given importance to when it comes to planning smart cities of the future. The only intentions in the designation process of these places are smartness, orderliness and security which leaves out the spirit of the place. In my opinion, the places people take refuge in while running away from the city’s chaos turn into dystopias that appear as utopias in the first place which are very smart, but ghost towns on the contrary. Building smart ‘enough’ cities instead of the ones that look like they are invaded by dementors seems like the biggest challenge of tomorrow’s architects. 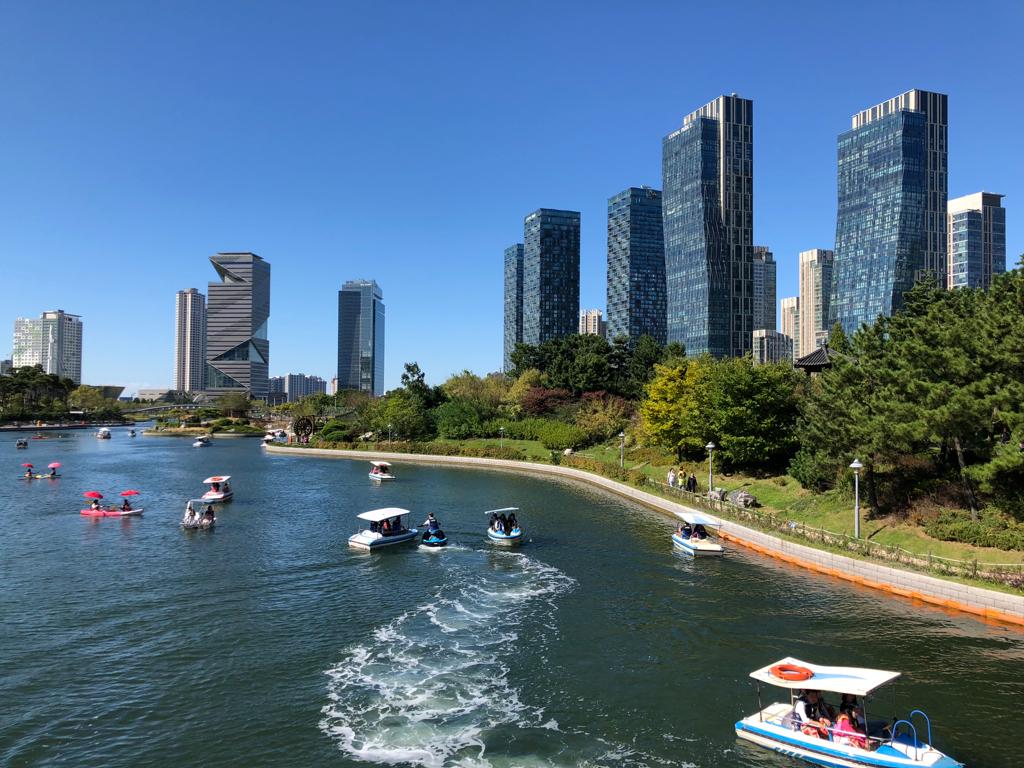 Colour of the week | Navy Blue 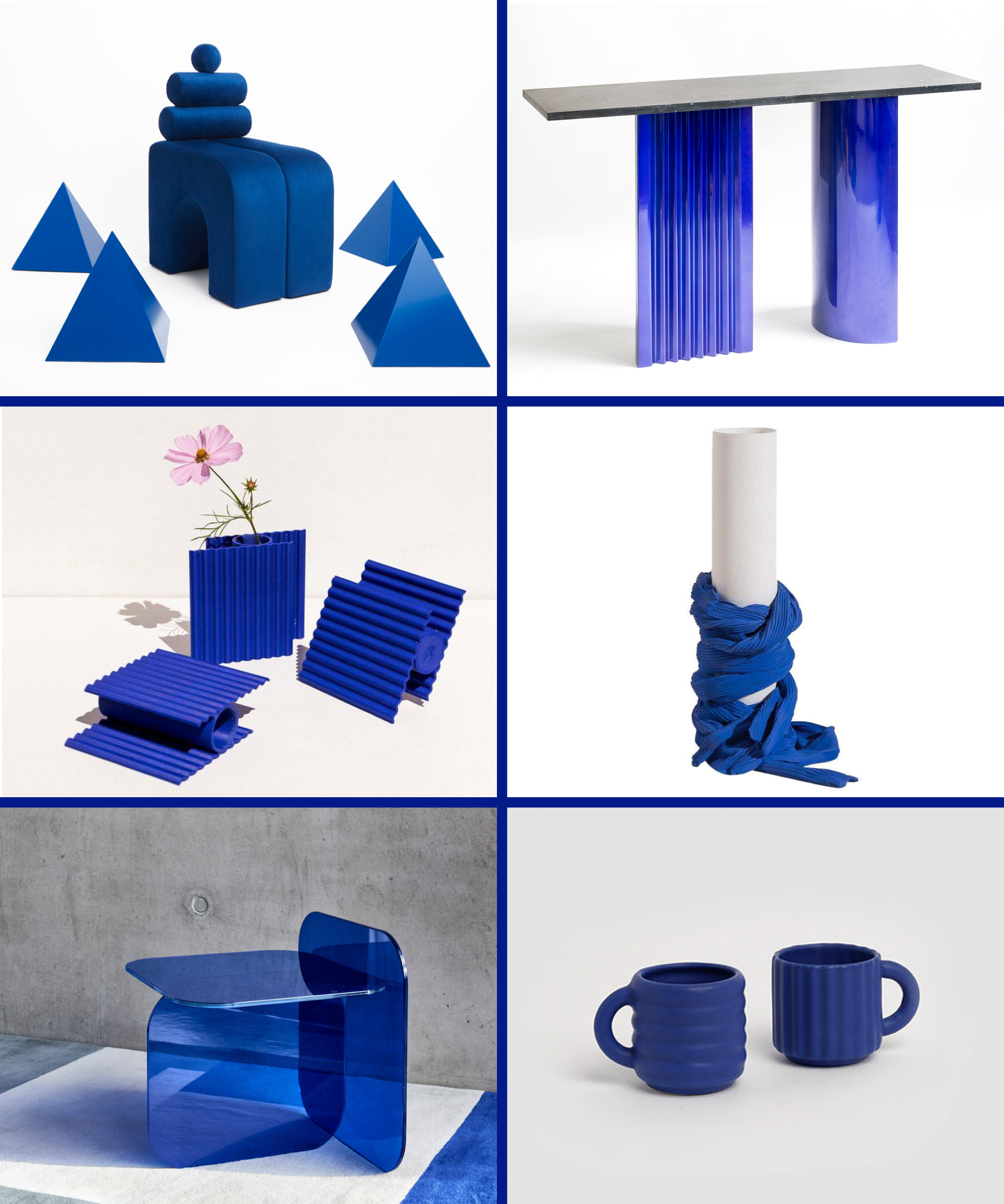 Tasarlayanlar is a news platform that produces content about original, non-traditional projects in the field of design and art. We love design, and support designers.