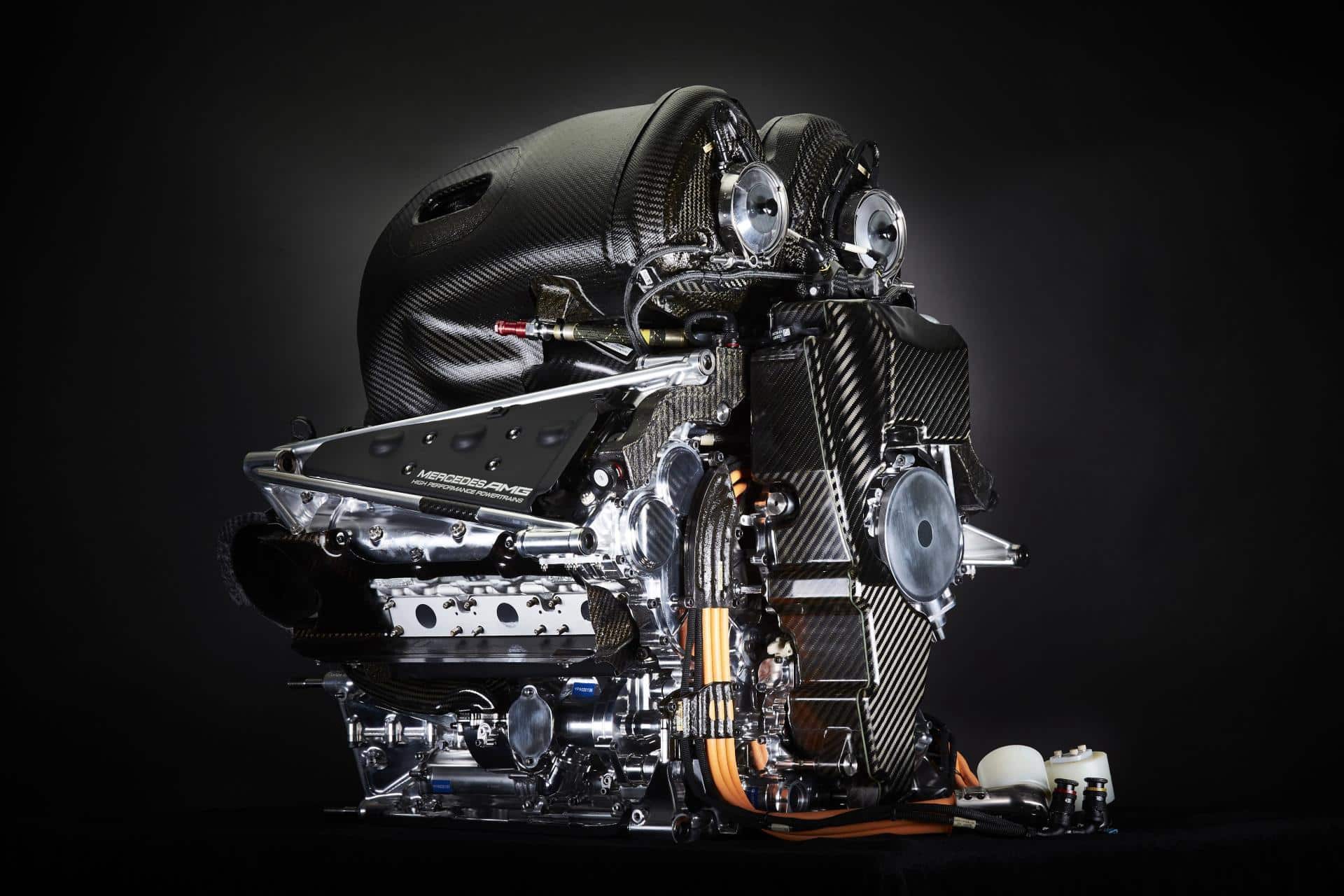 2021 promises to be one of the most crackpot seasons in recent times. This season's storm is blowing from all fronts at the same time and with the same intensity.

The fronts of the storm 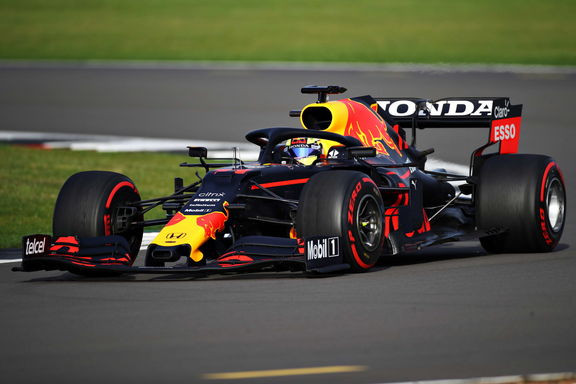 A major innovation is under the bonnet of the Red Bull engine.

The second front is in the tire field. We are still in the dark there. After a couple of races, I'll be looking at that.

Formula 1, the pinnacle of motorsport, has long been about more than just performance. It is significant to combine performance with endurance. In other words, the most substantial issue of our time, "sustainability," is also here. The International Automobile Federation (FIA) has been limiting the number of parts each team can use for many years to add the durability parameter to the performance criterion.

However, at the end of the 2019 season, the FIA took a step back in this area by increasing the teams' right to use three new MGU-Ks during the season to four. So in a sense, they've loosened the rules a little bit. The reason for this step back was the problems experienced by Renault and Ferrari in this context (in the 2019 season, Honda had the best engine and Mercedes had the second-best engine).

At the end of the 2019 season, I predicted that this change would affect the teams' MGU-K designs because, in engineering, the durability and performance of a part usually affect each other in opposite directions. Durability usually comes at the cost of weight gain and performance loss. By lowering the durability criteria for the MGU-K unit, the FIA has given teams a little more wiggle room in the performance area.

The teams didn't turn down the offer. Mercedes started the 2020 season with a completely new MGU-K. The design and the materials used have changed, resulting in enormous efficiency gains. However, Mercedes' design suffered from durability problems. In engineering, when a part doesn't have the expected durability, either the material or the design is defective or both. Toto Wolff, Mercedes motorsport director, gave a clue to the problem when he said, "The material is wearing more than we expected." Thanks to the short season, they narrowly managed to finish the season without an engine penalty.

On the other hand, Honda did not adapt well to the rule change in 2020 and dropped to second place under MGU-K. But it was resilient.

The situation from last season has been reversed thanks to little change in the rules for 2021. 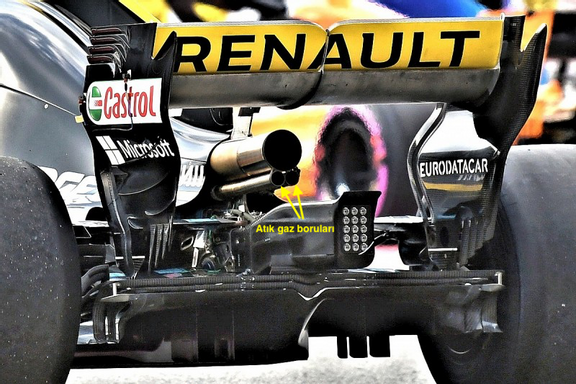 At this point, we should focus on the turbo exhaust gas valve before the exhaust gas outlet because it is the component that affects the time and amount of gas to be discharged from the waste gas pipe.

Shortly, the waste gas valve is a valve in turbo engines that regulates the pressure in the turbocharger. When the accelerator pedal is first applied at low revs, the waste gas valve remains closed. In that way, all the exhaust gases are directed to the turbo's turbine blades, ensuring maximum turbo pressure.

However, as the engine revs up and the number of exhaust gases coming out of the engine increases, the rotational speed of the turbo's turbine increases and the pressure inside the turbo becomes excessive as the air is sucked in from the atmosphere also increases.

That means that some of the exhaust gases are released into the atmosphere through the exhaust gas pipe without contributing anything to the efficiency of the engine. It is where the FIA has come in. In the past, the exhaust gas outlet, which was mandatory on cars, was no longer a necessity. So the FIA said: "It doesn't matter to me what you do with your exhaust gases. If you want, you can use them in different places for efficiency."

In the first race after the FIA's rule change on exhaust gases, I listened a long time to the cars' engines. Here I noticed something else. It is the silence of the turbos of Honda engines. It sounds a bit like "Silence of the Lambs," but Honda may have created a masterpiece like that movie in terms of exhaust.

Honda, which also produces jet airplanes, has been at the top level in turbo performance for the last three seasons due to its experience in aviation. As you know, jet engines are designed to work efficiently at altitudes where the air density is low.

This year the tables have turned. The Honda turbo is quiet, while the Mercedes turbo is extremely noisy. Especially the McLaren engine was very noisy. The fact that it was a bit louder in the McLaren could be related to the use of a different engine mode (air-fuel mixture).

But in any case, the turbo noise in all Mercedes engines is quite loud. So the turbo is enlarged. That's where comes from most of the power increase. In any case, the intake pressure chambers of Mercedes cars are extremely enlarged, indicating that the engine's air intake capacity has increased. And I think this is possible because the turbo is bigger. It was said that Mercedes' power increase came from the internal combustion engine. So all the pieces are fitting together in the pre-season reports.

So far, the conclusion is that the power of Mercedes' internal combustion engine has increased, but its electrical efficiency has decreased.

Honda, on the other hand, has increased both. Second in combustion engine power and first in electrical efficiency. We shouldn't expect the power balance to change throughout the season. Because of the FIA has banned engine upgrades during the season. Only the endurance-related scopes can be updated. So the season will end more or less the same way it started in terms of engine power.

How Do We Know Mercedes is Falling Behind in Electrical Efficiency?

Paying attention to the flashing red lights on the rear wings of Formula 1 cars reveals many details. These lights come on or flash during rainy races, at pit entrances, behind the safety car, etc.

These vehicles start to produce energy in two situations:

The first is during the braking phase. When the pilot applies the brakes, the MGU-K unit is activated and starts generating electrical energy. As soon as the MGU-K activated, the red lights behind the car started flashing.

In the second case, the energy generation process starts when the car's batteries run out of electrical energy. In that case, the red lights will also flash.

Here are the conclusions we can draw from this: If the lights on the car's rear wing are on, electrical energy production has started. If the energy production occurs in the braking zone, this is normal. Because when the pilot applies the brakes, the MGU-K unit is activated to generate energy.

The fact that these lights came on at two different times made me think that Mercedes had a problem in this respect. The first was the Hamilton-Verstappen fight after the safety car left the track on lap five.

The two were very close as this struggle happened right after the security vehicle. Hamilton had a bit more of an advantage. Because he was taking advantage of Verstappen's air corridor. Despite it, Verstappen had no problem resisting Hamilton's attack on the two consecutive straights after the safety car. At this point, they both used a lot of electrical energy.

But here's the remarkable thing: Verstappen's batteries never went into energy harvest mode during this battle. In Leclerc's on-car footage, the Mercedes power unit starts to accumulate energy from turn six, while Verstappen's car first needs it in the braking before turn eleven.

Because the MGU-K unit could transfer power to the crankshaft is limited by the rules, one can't transmit more power than the other. What made the difference was that Verstappen ran out of electrical power later, despite being exposed to more wind resistance upfront.

The second incident that reinforced my point about his electrical efficiency was in the late-race battle. In Verstappen's on-car footage, on the start straight, the red lights on Hamilton's rear wing started flashing. When they started flashing, Hamilton was still in line with the pit wall and away from the braking zone.

So his car's batteries had run out of electrical energy. There was a similar trend in the on-car footage of the lapped cars during the Verstappen-Hamilton battle at the end. The Mercedes engine was going into electric power generation mode much more often than the Honda engine.

This image left me with the impression that Mercedes is lagging in this area. We will have the opportunity to clarify the data even more in the upcoming races.

What does all this have to do with Wastegate?

The other important component for generating electrical energy in Formula 1 cars is the MGU-H unit. Since 2014, Mercedes has taken a different approach to the design of this unit.

In the so-called split turbo, Mercedes separated the compressor and exhaust gas turbines of the turbo and placed the MGU-H unit between these two turbines. It gave Mercedes an advantage over its rivals in cooling the entering air to the engine. They were able to gain benefits in many areas, including the size of the intercooler and the efficiency of the MGU-H. Now, one by one, the competition is returning to this design. 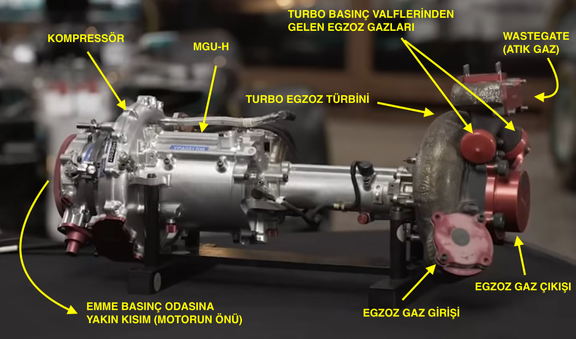 But perhaps it is time to question this design. With the rules no longer requiring a tailpipe, the waste exhaust gases could be used to increase the efficiency of the MGU-H unit. At least that's what Honda seems to have chosen to do. 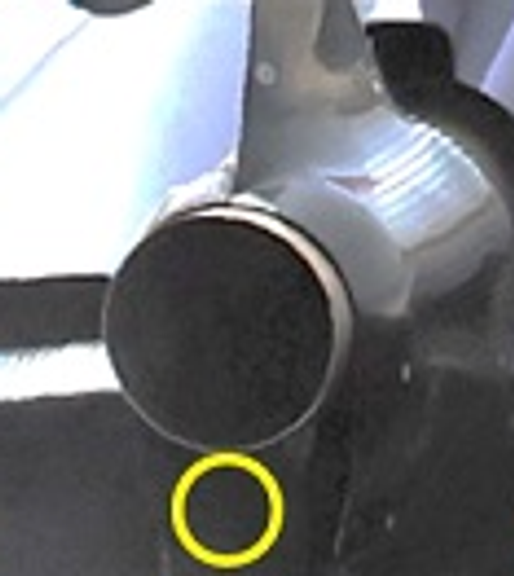 Could this be at the heart of Honda's electric power efficiency that I mentioned above?

I think it could be. Because of the new Honda engine has a smaller exhaust gas outlet. So less waste gas from the turbo is released into the atmosphere. Since the exhaust gas from the internal combustion engine isn't reduced (it would take a revolution to reduce it), I think they must be using some of the exhaust gas somewhere. The MGU-H unit comes to my mind because of its superior electrical efficiency.

The Perils of Design:

On the other hand, when I brainstorm what the dangers of Honda's design might be, some questions come to mind. I think there should be another valve (flapper) in addition to the exhaust gas flapper to use the waste exhaust gas inside the engine.

In Formula 1 cars, a turbo failure is often characterized by an excessive increase or decrease in turbo pressure as a malfunction of the exhaust gas flap. In these cases, the air-fuel mixture cannot be adjusted, which can trigger a process that can lead to the engine's arm removal. It is common for valve failure to cause ruptures in the air delivery hoses caused by increased pressure. Mercedes in 2017, Ferrari, and Renault in 2018 and 2019 had problems with hose ruptures.

At this point, I think that the second valve, which is additional to the managing process of the exhaust gas inside the engine, could cause durability issues.

In any case, it's good to try to catch up and understand these technological advances. It will be fun and exciting to follow what happens during the season.

I am looking forward to it.