İn this issue discussed the approach of political parties in Turkey to fundamental rights. 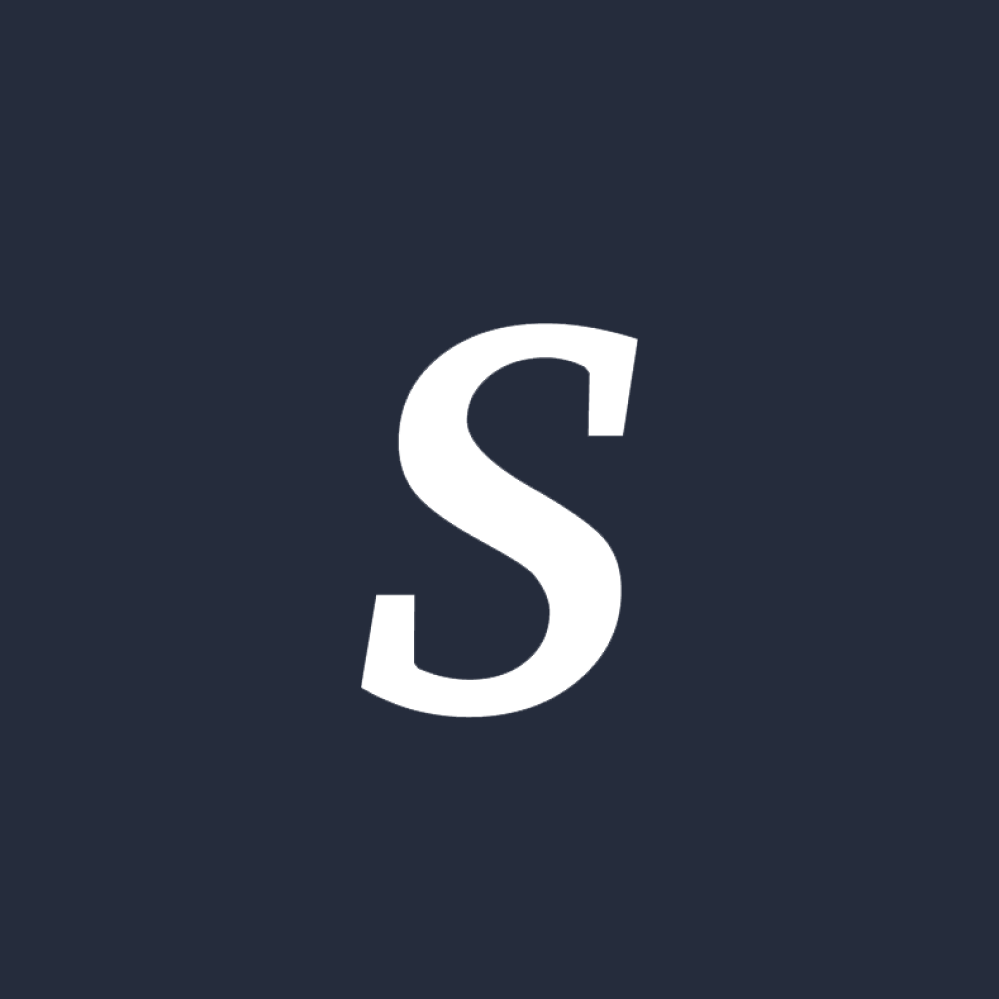 Election time is approaching. However, we do not think that the values of the parties and their views on fundamental issues are adequately understood and discussed. Politics is shaped by daily discussions and becomes incapable of creating solutions.

In this issue, I analyze the perspective of the People's Alliance, which consists of the AK Party, MHP and BBP, on fundamental rights. I try to highlight the overlaps or contradictions between programs and practice.

Then, we summarized some latest opinion polls on the voter behaviour. These polls demonstrate the increasing popularity of imprisoned leader Selahattin Demirtaş among the HDP voters, the vote share of the alliances and the reputation of Turkey’s founder Mustafa Kemal Atatürk.

Hope to see you next week,

How do the parties of the People's Alliance view our fundamental rights?

Stating that fundamental human rights and freedoms are ‘the achievement of humanity as a result of centuries-long struggles’ the AKP program indexes the indicator of being a civilised society to the level of these freedoms. It argues that freedoms are also the foundation of democracy. The program states that ‘the most significant element of trust in a society is the belief of the individuals living in it that their rights and freedoms are respected’ and that this respect ensures the adoption of the democratic regime by the society and the protection of social peace.

In the field of fundamental rights, the party promises that ‘the standards of international conventions to which Turkey is a party, in particular the Universal Declaration of Human Rights, the European Convention on Human Rights, the Paris Charter and the Helsinki Final Act, will be implemented.’ It promises that the views of civil society will be taken into account, that the freedoms of the press, thought, and expression will be built based on international standards, and that secularism will not be interpreted as hostility to religion. While emphasising the sensitivities of religious people, it states that religion cannot be an instrument of pressure on people who have different lifestyles.

It is claimed that freedom to seek rights and the right to a fair trial will be ensured, a transparent environment will be created on issues such as torture and disappearances, and the rights and freedoms of women, children, and labour will be based on international standards. With all these, it is stated that trust in state institutions will increase.

It would not be wrong to say that how fundamental rights are addressed in the AKP's program contradicts its power practices. In 2002, the AKP, which came to power on its own by adopting a ‘conservative democratic’ line and with the support of liberals, promised to fight against the ‘3Ys’; prohibitions (yasaklar), poverty (yoksulluk), and corruption (yolsuzluk). The AKP government's approach to fundamental rights, which at the time was seen by some as libertarian as an anti-thesis of the 28 February period, while others argued that it has always had a prohibitionist mentality, changed significantly after the Gezi protests in 2013. The reformist Human Rights Action Plan announced in March 2021 with the vision of ‘a free individual, a strong society, a more democratic Turkey’ which also emphasises the rule of law, was not implemented. 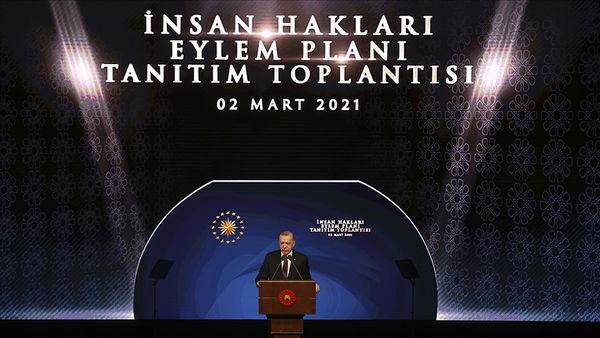 It can be argued that the biggest apparent contradiction today is the non-implementation of some ECtHR judgments, despite the program stating that ECtHR standards would be respected. The ECHR's rulings on the release of businessperson Osman Kavala, who has been imprisoned for more than five years, and former HDP co-Chair Selahattin Demirtaş, who has been imprisoned for more than six years, are not being implemented. These people, whom government officials accuse in the strongest possible terms, are being held in prison on different indictments designed to circumvent the ECtHR judgments. These cases are cited as clear examples of the destruction of judicial independence. It is said that Turkey could be expelled from the Council of Europe as a result of the violation process initiated under the AKP's rule.

It is also assessed that the AKP, which does not establish regular relations with civil initiatives other than civil society organisations that include people associated with the party, restricts freedom of expression and freedom of information through the recently enacted disinformation law, also known as the ‘censorship law.’ Turkey ranks 149th out of 180 countries in the Reporters Without Borders press freedom index.

Although it is stated that ‘religion cannot be an element of oppression,’ the demands of LGBTQIA+ persons are ignored on the grounds of religious sensitivities. Although it is stated that ‘the government will be transparent on issues such as torture and disappearances,’ the Saturday Mothers, who have been searching for their missing children since the 1980s, are not allowed to protest. Moreover, President Erdoğan met with the Saturday Mothers when he was prime minister in 2011.

Despite the promises of working life, the report of the Worker's Health and Safety Assembly shows that the number of workers who lost their lives in occupational homicides in the first nine months of 2022 reached 1359.

The determination in the party program that the state's approach to fundamental rights is directly related to society's trust in institutions is quite reasonable. On the other hand, regular surveys conducted by research companies show that trust in public institutions, except the Turkish Armed Forces, is gradually decreasing. In other words, the AKP's program confirms that the government's approach to fundamental rights is contrary to what was promised.

Although I have sent the following three questions to different AKP officials and committees regarding the contradictions between the text of the program and its implementation, I have not received any responses. I would like to state that if the party sends answers to these questions, we will publish them as they are.

The AKP program defines human rights as a ‘prerequisite for democracy.’ On the other hand, opposition circles criticise the AKP for indexing democracy to the ‘ballot box’ and ignoring the basic principles of democracy other than voting. Similarly, the program states that ‘Freedom of thought and expression will be built based on international standards, opinions will be freely expressed and differences will be seen as a richness.’ On the other hand, it is criticised that the disinformation law charging the offense of ‘disseminating misleading information’ with imprisonment and the fact that the judiciary will decide what constitutes misleading information restricts freedom of expression. How would you respond to these criticisms on this example or a principal level?

The party program states, ‘The standards in the field of human rights set by international conventions to which Turkey is a party, in particular the Universal Declaration of Human Rights, the European Convention on Human Rights, the Paris Charter and the Helsinki Final Act, will be put into practice.’

As you know, the European Convention on Human Rights establishes the supervisory jurisdiction of the European Court of Human Rights. Turkey has been criticised in Europe for not complying with the ECtHR judgments in Kavala and Demirtaş cases. How would you respond to these criticisms?

Your party program states that ‘The opinions and suggestions of voluntary and non-governmental organisations active in the field of human rights will be taken into consideration, and close cooperation will be established between state organs and these organisations.’ Can you explain the steps taken in this field?

freedoms arising from being a human being’ and assigns to the state the duty of ‘protecting and developing the inviolable, inalienable fundamental rights and freedoms of human beings, especially the right to life.’

On the other hand, the program justifies restrictions on fundamental rights, arguing that such restrictions can only be imposed ‘provided that they do not pose a threat to national security, the fundamental characteristics of the Republic, the indivisible integrity of the state with its country and nation, public order, public morality, public health and the exercise of fundamental rights by others.’ 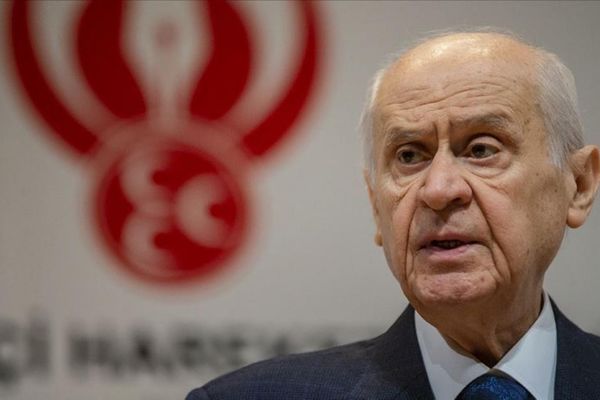 The MHP stands out as the party whose program overlaps most with the implementation of the People's Alliance on fundamental rights. While emphasizing the importance of fundamental rights, it both defines a duty for the state and argues that even the most basic rights can be restricted when necessary, just like today. On the other hand, restricting fundamental rights with concepts such as "public morality and public order", the legal definition of which can vary from person to person, paves the way for authoritarianism. Moreover, it foments revengeful feelings among social groups whose rights are currently being restricted. 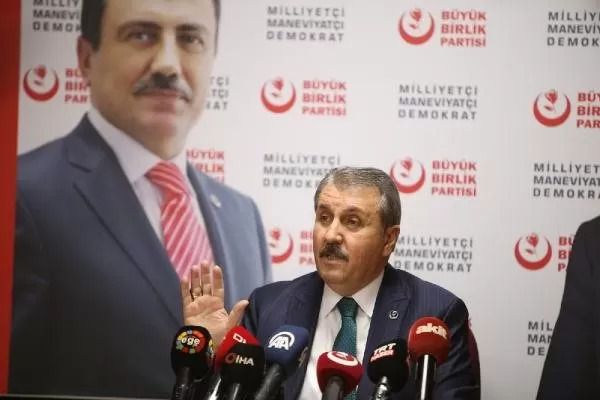 For example, party leader Mustafa Destici said in 2016 about the LGBTQIA+ Pride March, ‘Let them go and march wherever they want, they cannot march in my hometown. My hometown cannot be portrayed as a country of perverts.’ His words contradict the party's criticism of the restriction of the right to assembly, demonstration, and march, and overlap with prohibitionist practices.

In the survey conducted by Metropoll Research, 21.2% of the respondents answered "Abdullah Öcalan" and 51.1% answered "Selahattin Demirtaş" to the question "Who do you think has more influence on HDP voters?". The rate of those who said, "no opinion" was 27.7%.

Distribution by the party's voter: More than 75% of HDP voters stated that Demirtaş had more influence on HDP voters than Öcalan.

Demirtaş-PKK tension? After the September 26 terrorist attack on a police house in Mersin, Demirtaş shared a message condemning the attack. In a statement claiming responsibility for the terrorist act, the PKK sent a message to Demirtaş, saying, "The condemnation of the sacrifices made to protect the Kurdish people and their values with the language of the enemy, for whatever reason, can only be expressed in intimidation." Demirtaş responded to this message by saying, "Insistence on democratic politics and peace policy is a principle for us. No one should expect us to take a step back."

Istiklal Street attack: After the terrorist attack on Istiklal Street in Istanbul on November 13, Demirtaş said, "No matter for what purpose or justification, any attack targeting civilians is terror in law, politics, morality, and conscience. We never accept it." He condemned the act with his message.

In the survey conducted by Eurasia Research, 48.9% of the respondents answered "I would definitely vote" to the question "What would be your approach if the opposition nominates a joint candidate in the upcoming presidential election?". "While 35.9% said they would definitely not vote, the rate of undecided voters remained at 15.2%.

Second round In the same survey, 56.8% of the respondents answered "Agree" to the question "Do you agree with the statement "I would definitely vote for the opposition candidate if the election goes to the second round?". The rate of those who disagreed was 43.2%.

Kılıçdaroğlu vs. Erdoğan scenario: If CHP leader Kılıçdaroğlu and President Erdoğan were to compete in the first round, Kılıçdaroğlu would receive 47.9% and Erdoğan 38.4% of the votes. The rate of swing voters and those who said "it depends on other candidates and my party's decision" was 13.7%.

Akşener vs. Erdoğan scenario: In the case of the first-round contest between IYI Party leader Akşener and President Erdoğan, Akşener received 41.8% of the votes and Erdoğan 40.8%. The rate of swing voters and those who said "it depends on other candidates and my party's decision" was 17.4%.

In Metropoll Research's survey, to the question "Which alliance are you closer to?" 47.8% of the respondents answered "People's Alliance," 36.8% "National Alliance," 8.4% "Labor and Freedom Alliance" and 7% "no idea."

In the survey conducted by Yöneylem Social Research Center, 59% of the respondents answered the question "How is Turkey governed?" as "bad", 25% as "good" and 15% as "neither good nor bad."

Distribution by the parties' voters: 14.6% of AK Party voters and 10% of HDP voters defined Atatürk as a "dictator." This rate was quite low among the voters of other parties.