This week, we are here with Mini's party series, 11 Seconds performances, an extraordinary tour in Sanayi and our childhood favourite hard candy. The week's suggestion: Don't return home without eating lokum with cream. 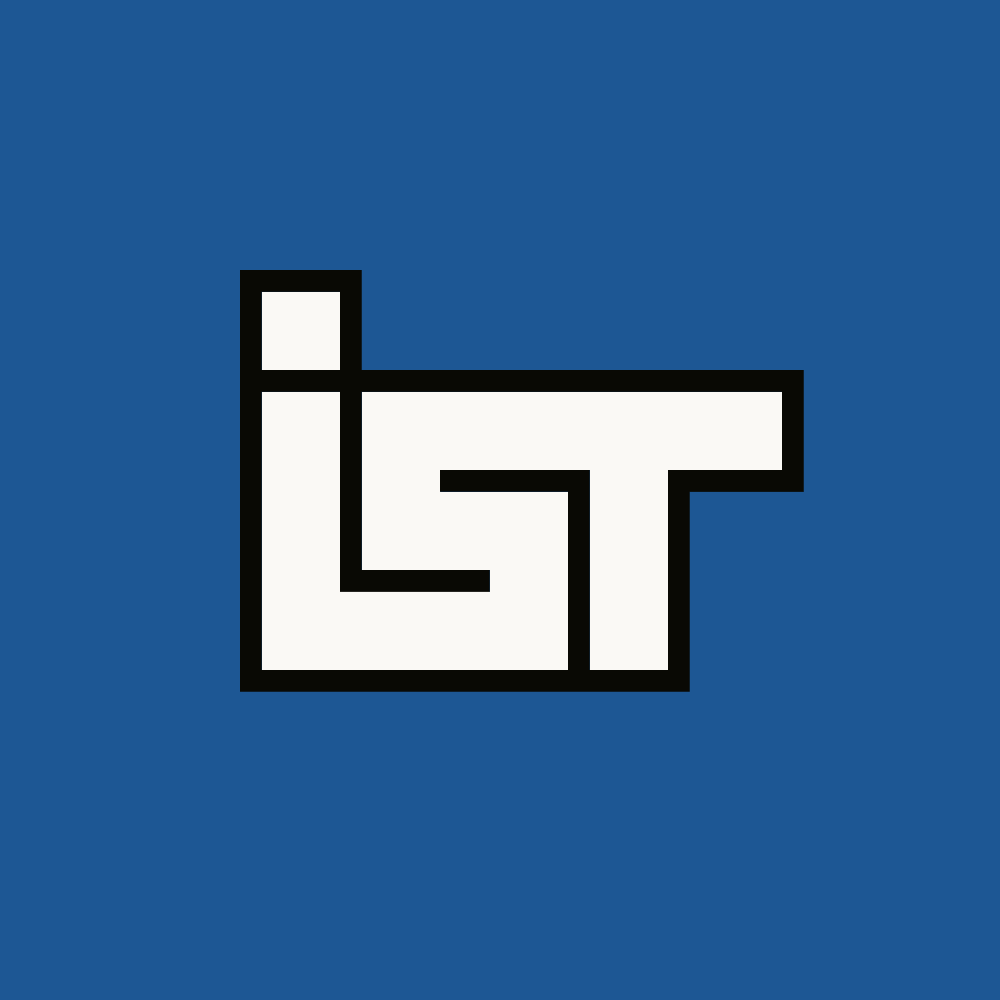 Aposto Istanbul
Together with Sneaks Up When I was a kid, I was as free as a bird. I remember. Probably because I didn’t grow up between four walls, I was raised by the sea, among the trees in the middle of the city. I played outside with my friends, I could go to buy an ice-cream cone alone on a summer day, I had a park I was a regular at, I took tennis lessons in the hood. I was happy but I didn’t know how lucky I was.

Bağdat Street and around it, where I grew up, is one of the central points of Kadıköy and the city, which is still green, quiet, and civilised. The place where you hear pipes, walk for miles by the sea, eat the best éclair and cakes in the city, watch a new independent movie in a clean and comfortable movie theatre, drink the best cocktails, shop for and find whatever you want. Except for a club for a rave.

Anyway, when you are a kid, you don’t need to rave, playing is enough movement. Yet, after a fun and peaceful childhood, my friends and I get bored. It was not enough anymore. We needed something else, you know, we need what was missing: ‘a real city experience’. When you're a teenager, you need a bit of chaos like you don’t already have enough of it in your head.

So, we crossed the bridge to go to ‘karşı’ (the other side of the Bosphorus). Now, we were kids of Cihangir, Bebek, Etiler and Asmalı. It was constantly changing. We hung out wherever we wanted. Then we became adults. We started working and living in ‘karşı’, in the middle of the chaos. The chaos turned into a home. The best concert halls, clubs, theatres, museums and restaurants were around. Later on, again, we thought it was not enough anymore. We needed something else, you know, we need the missing part: ‘a greener, peaceful and civilised city experience’. When you’re an adult, you need a bit of quiet sometimes. You want to run for miles without any barriers like a kid, as free as a bird.

Water Cooler Talk (Local news that you need to know to survive or just to speak of): The newest old bazaar in the city: CMTPZR #çokseslipazar.

What's Cooking (Selected places to eat, drink, cafés, food markets): This week, we are at Rüstempaşa with Gülin Özalp, the manager of Pandeli learning tips for the real lokum hunters.

A Pocket Guide (Literally a pocket guide to discover the city): A guide for adventurers and art lovers who are curious about extraordinary places. 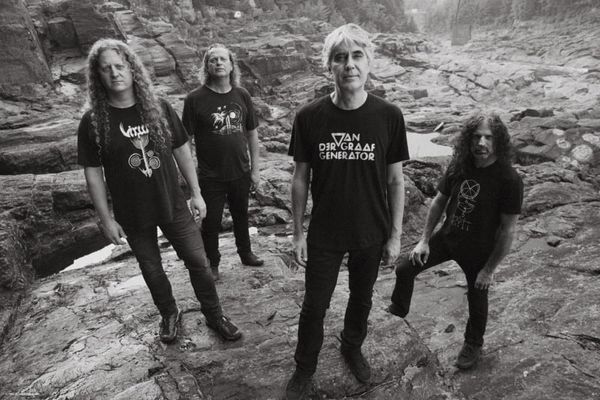 What is it? Concert. Voivod, one of the cult bands of alternative metal music for 40 years, is in Istanbul with the support of Nekropsi as part of the tour for their latest album Synchro Anarchy.

Why should you go? Voivod, the unforgettable gold standard of progressive and ‘technical’ metal in a career spanning more than a decade, promises an extraordinary experience that will reverberate in the ceilings with Nekropsi, the living legend of the local scene.

Duly noted: This is Voivod’s first time in Turkey. Find your tickets here.

She’s Back: She Past Away

Where? IF Performance Hall Beşiktaş

Why should you go? Because they gave us masterpieces such as Narin Yalnızlık and Belirdi Gece.

Duly noted: Those in İzmir get to listen to them one day prior to us at Hangout PSM. Istanbulites can get their tickets here.

The average time you spend watching a work of art: 11 Seconds

What is it? Performance. We are invited to 11 Seconds, where artist Charlotte Bouckaert presents a different concept to witness the life of a photograph through stories that will surprise us.

Why should you go? The ‘photograph’ offers us a starting point for a playful rediscovery of our view of art, the relationship between reality, the art of photography, and the concept of impermanence.

Duly noted: If you want to get together for a special occasion, the tickets are here.

Partying all the way to the new year: Year End Countdown

What is it? Party series. Now that we have opened the winter season of the city with the cats of Cihangir, we are ready to let go of the year by partying.

When? Different dates until 24 December

Why should you go? We claim that a certain dose of partying at regular intervals is good for the immune system. Do you agree?

Duly noted: Lauren Lo Sung, Que Sakamoto, Kirill Shapovalov and many more… Find out who will start the countdown over here.

What is it? Party. Mala Junta's boundless team is coming to bring the magical rave scenes of Berlin out of the underground and bring them to light in Istanbul. If you ask who will be performing; DJ Tool, Nene H, Hyperaktivist, Yazzus and many more...

Why should you go? Mala Junta, which is committed to building bridges between communities, wishes to revive the sense of freedom, protest and celebration that ravers embraced in the early 90s. And let's not talk about how much fun we had in the previous edition.

Duly noted: Last time we said 'No guest list, let's meet at the door for tickets at 22.00', same goes for next wednesday. Details over here. 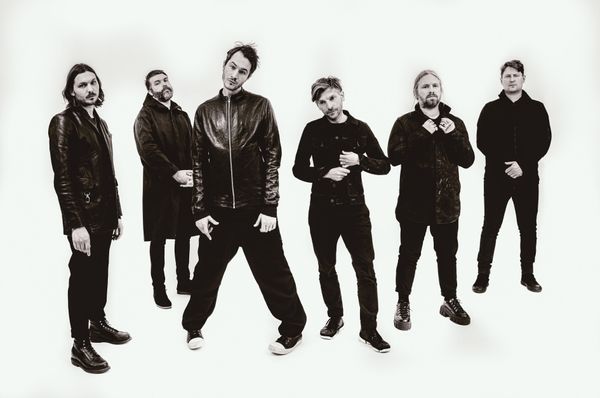 The dark side of dance: Editors

What is it? Concert. Editors, one of the bands that gave birth to the post-punk revival genre, will be in Istanbul after eight years for the EBM tour.

Why should you go? Editors, which has passed its 20th anniversary and has redefined its sound over the years, will be presenting songs you have never heard live before, with a completely different band identity.

Duly noted: Producer and musician Blanck Mass, the new member of the band, will take the stage with Editors on his first tour. Come here to take advantage of the early advantageous ticket prices.

Inspired by the city, street culture, and basketball; Sneaks Up opens its newest Campus store in Akasya AVM, Üsküdar.

What to see? Offering experience areas designed for PlayStation games, skateboarding, and basketball; the new Campus store in Akasya AVM also hosts a Custom Studio where visitors can make their own, customized products.

You may visit this link or Akasya AVM to join Sneaks Up’s dynamic world.

Dear Istanbulite, we would love to hear from you! Email us your questions or feedback at: [email protected] and DM us if you've heard a rumour about the next hip restaurant that’s worth checking out or anything else.And also, love only grows by sharing. So please share Aposto Istanbul with your loved ones.

How to become a regular #4: Ali Muhiddin Hacı Bekir

This week, we are at Rüstempaşa with Gülin Özalp, the manager of Pandeli.

Last Wednesday, we visited Ali Muhidden Hacı Bekir, Rüstempaşa with Gülin, the manager of Pandeli, and had lokum with cream. While we were tasting it, we went over some questions on our minds. What does it take to become a regular? We learnt about Gülin's favourite lokum menu so now we know what to order next time.

If you want to be a lokum hunter stay tuned and wait for our tips. #1 Don’t take away lokum with cream, it will melt within half an hour.

For you, what does it mean to be a regular somewhere? When do you say, 'OK, I'm a regular here'? And how does that make you feel?

Being a regular at a place means preferring to buy the product you want to buy there when you can find it elsewhere, the staff knowing you and knowing what you want, and the warm conversations you have with them. It means coming together through common values and tastes.

What are the common features of the places you frequent in different cities?

How long have you been a regular at Ali Muhiddin Hacı Bekir and why here?

I have been coming to Ali Muhiddin Hacıbekir since I was little. It is a place where I can find the flavours I like in the way I am used to.

Before, I used to shop at their shops in Beyoğlu and Kadıköy. After Pandeli, I spent a lot of time in Eminönü, so I started coming to the shops here. I think the shop itself is a reason to come here. Not to mention the interest and sincerity of the employees.

Apart from my personal purchases, I also shop for Pandeli. Especially for Pandeli, I do not return without buying the double-roasted Turkish delight and coriander candy.

The ones I can never give up and love very much are Turkish delight with clotted cream and orange and cinnamon traditional candies. My children love the double-roasted Turkish delight and the fruit jellies, so I buy them frequently. I also love the rose and orange jams, and the dark chocolate-covered orange fudge is my husband's favourite. In other words, Ali Muhiddin Hacı Bekir has at least one product for every member of the family.

A guide for adventurers and art lovers who are curious about extraordinary places. Meet Enis Karavil. He is the creative director of Sanayi313 living part-time in London and Istanbul. We get together to talk about the art scene at Sanayi and find out his 5 essential places in the neighbourhood.

You can't imagine what Sanayi is like from the outside. Art galleries, restaurants and much more await you. There is nothing better than learning about the neighbourhood from the locals. Considering this, we followed Enis' lead and went on a discovery tour. Now, we are here with what we have accumulated, having taken notes and experienced.

Enis explains today’s guide and talks about the history of Sanayi for him as:

'Stuck in the heart of the city, 'Atatürk Oto Sanayi Sitesi' has always attracted my attention due to its architecture. As Sanayi313, we were the first to set foot in Sanayi, and after several years, as a design studio, it feels great to have witnessed the transformation of the area. Apart from the team members of our design & architecture studio located on the mezzanine floor of Sanayi313, I’d say Polka and Buster (office pets) are the cutest usual suspects in Sanayi313. We have many frequent visitors who work at nearby offices. Also a considerable amount of people visiting from abroad stop by Sanayi313 to dine or shop.'

If you’re ready for a long walk with Enis, we are starting from scratch.

Editor's note: Date-ist and Ugur Photography are the best locations for printing or creating a photobook. Tried and tested so many times.

Advice for Istanbulites: Date-Ist is a little more expensive but definitely worth it for the quality. 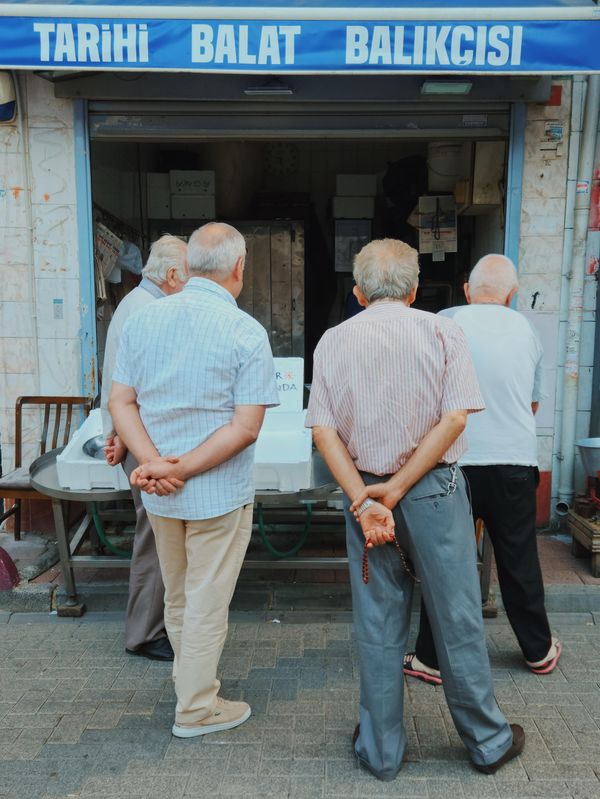 Here: Balık (fish) is a thing for Istanbulites