A crypto tragedy: The unstoppable rise and sudden fall of FTX

Recently, we have witnessed the collapse of one of the largest crypto exchanges in the world, the US-based FTX. It is reported that FTX's US unit, which has been trying to deal with a liquidity problem for a while, has filed for bankruptcy in the US, along with crypto trading company Alameda Research and about 130 other subsidiaries, and 30-year-old founder and CEO Sam Bankman-Fried, also known as ‘SBF,’ has reportedly resigned.

From 'everything' to 'nothing'

Taking advantage of the difference between Bitcoin prices in Asia and the USA, Bankman-Fried, who made great profits from arbitrage trading strategies and founded Alameda in 2017, made use of the rise of crypto units and founded FTX, the parent company and operator of cryptocurrency exchange FTX.COM with Gary Wang, a former Google employee when the calendar showed May 2019. The position of Bankman-Fried in the sector, which is called the ‘crypto saviour’ by some for his help to SushiSwap, which was in a difficult situation after its founder ran away in 2020, started to get stronger and stronger.

Growing gradually until the beginning of 2021, FTX started to make a name for itself more and more in the mainstream with the help of alliances it established with athletes and celebrities. FTX, whose profile and trade volume grew significantly in this period, sponsored the Miami Heat arena with a 19-year contract worth 135 million dollars in just a few months, as well as e-sports club Team SoloMid for 10 years with 210 million dollars, and it had advertised by incorporating star names from different sports such as Tom Brady, Steph Curry and Naomi Osaka. Also, among the names sponsored by FTX was Mercedes' Formula 1 team.

However, while all this was going on, the reality behind the scenes was much different than it seemed. According to some reports, client funds at FTX were being used improperly to stop the bleeding at Alameda. Based on an article published by CoinDesk, FTX's user transactions and funds from investors were transferred to Alameda; Alameda was also investing these coins in crypto projects, including SBM. As stated in the article, about 5.8 billion dollars of the 14.6 billion-dollar-worth of crypto assets within Alameda are held in FTX's token; roughly 2.2 billion was invested in crypto projects such as SERUM, Oxygen, and MAPS, including Bankman-Fried. After these allegations, Changpeng Zhao, CEO of Binance, the largest crypto exchange in the world, announced that his company will sell and liquidate all the FTTs it earned from the 2.1 billion-dollar-FTX exit that happened in 2021. Following this, the value of FTT, which was trading at 25 dollars, crashed 30% in just a few hours to 6 dollars, which resulted in millions of people losing money.

Afterwards, with the effect of the sharp decline in the crypto market since the beginning of 2022, crypto enthusiasts who learnt to approach digital assets more cautiously stepped in, and at this point, something we can call ‘herd behaviour’ occurred. One after another, FTX customers began withdrawing their crypto assets from FTX, and as this trend snowballed, the number of people withdrawing their assets from FTX increased day by day. At one point, the situation became such that there was a gap that was almost impossible to close between the existing FTX funds and the demand to withdraw the assets. With the failure to meet these demands and the collapse of FTT, the cryptocurrency exchange came to terms with what is called a liquidity shortage and FTX’s fall began.

In order not to have the same problem with conventional banks under normal circumstances, the federal government introduced FDIC (Federal Deposit Insurance Corporation) insurance in the 1930s as a result of the economic crisis, known as the Great Depression. In case of a similar situation, this insurance, which covers the establishment and protection of public confidence in the US financial system, aims to secure deposits of 100 thousand dollars or less per depositor deposited in demand and savings accounts in banks and savings institutions that are members of the FDIC system. On the other hand, the fact that FDIC insurance is peculiar to the traditional banking system means that crypto reserves, such as FTX, are not supported by this insurance.

Aiming to prevent the crisis caused by the liquidity problem, FTX took its chances in stopping all user transactions; however, this made users even more angry as their money in FTX melted away quickly. Some lost half their money, some lost all.

Later on, Changpeng Zhao announced that he started negotiations to buy off FTX with an undisclosed deal; however, less than 24 hours after the announcement, Zhao called out the cancellation of the deal, this time ‘as a result of the latest news reports on corporate due diligence as well as misused client funds, and US agency investigations.’ According to Zhao, the situation, in which FTX sank, was far from being salvaged.

At this point, with his statement, Bankman-Fried said that all responsibility and blame belonged to him, and while explaining that he was investigating all options, crypto analysts were alarmed. It was stated that the possible bankruptcy of FTX will create an earthquake in the entire crypto market and lead to a meltdown.

On Thursday, November 10, it is reported that FTX once again suspended new customer purchases and withdrawals until further notice, and Bankman-Fried reportedly met with Justin Sun, the founder of cryptocurrency Tron, and sought to create a 9.4 billion-dollar ‘recovery package'. By November 11, however, SBM admitted defeat and FTX filed for bankruptcy.

Following FTX's filing for bankruptcy, Zhao called for other exchanges to do the same, saying Binance had stopped deposits in FTT. Just hours after the filing, FTX said that despite freezing withdrawals, millions of dollars worth of digital assets had disappeared from FTX wallets. Still without any official statement regarding the cyber attack and the amount of money lost, CoinDesk stated that the amount is more than 600 million dollars, while Elliptic said it was around 473 million dollars.

Also, the shares of leading cryptocurrency and blockchain companies dropped off. Shares of Silvergate Capital fell by 10%, those of MicroStrategy by 2.6%, while those of crypto mining company Riot Blockchain and Marathon Digital fell by 5%.

Bankman-Fried and FTX are under investigation by at least five different U.S. regulatory agencies, including the Securities and Exchange Commission (SEC), the Commodity Futures Trading Commission, the Department of Justice, the Texas State Securities Board, and California's Department of Financial Protection and Innovation.

What does the future hold for crypto?

In the light of recent events, it is predicted that the situation in the industry may worsen as investors step back from crypto. While JPMorgan analysts said that as we write these lines, the value of the world's most valuable cryptocurrency, Bitcoin, which was traded at 16,486 dollars, could fall below 13 thousand dollars. Moreover, Shan Jun Fok, co-founder of Hong Kong-based crypto investment company Moonvault Partners, said that this amount could be even below 10 thousand dollars and that Bitcoin has not seen below 10 thousand since 2020.

Stating that he expects the fall of FTX to drive institutional investors away from the crypto sector, Fok adds that it may take years for the industry to regain faith in its promise.

Under these circumstances, almost everyone is warning to be prepared for a period when the ‘crypto winter’ will be even harsher than it is now. Jayendra Jog, co-founder of SeiLabs, says that ‘In the short term, this is going to be really, really bad for the crypto industry.’ But he still doesn't think this will ‘end it all’ and hopes it will increase interest in more transparent, decentralised crypto exchanges.

On the other hand, it would not be wrong to say that in the current situation, the regulators will also start working to put the crypto market under stricter rules. James Malcolm, head of currency strategy and crypto research at UBS, said that the events have strengthened the view that ‘all financial institutions need extensive regulation’ and that the crypto sector will probably be much more coherent world-wide, by 2024.

Gary Gensler, chairperson of the US Securities and Exchange Commission, told CNBC that investors need ‘better protection’ while the crypto sector is regulated.

Stating that the crypto industry went ‘a few years back’ with the bankruptcy of FTX, Changpeng Zhao also told the Financial Times that the effects of FTX's collapse will gradually manifest themselves, and ‘Especially for those close to the FTX ecosystem, they will be negatively affected.’ evaluated Zhao. 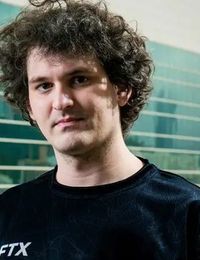 A crypto tragedy: The unstoppable rise and sudden fall of FTX