🎨 AI Era: Art, from artificial intelligence and text to image

What are some popular AI softwares that turn text into images? Who owns the copyright of works created with AI? Are works generated by AI actually 'artworks'?

From DALL-E 2 to Midjourney: The rise of the AI technology that visualises the text

So what are the primary artificial intelligence bots that turn text into an image?

We think that the first name to pop up in most of our minds when we hear ‘the AI that visualises the text’ is the same: DALL-E 2 is the artificial intelligence technology from AI research lab OpenAI whose cofounder is Elon Musk. 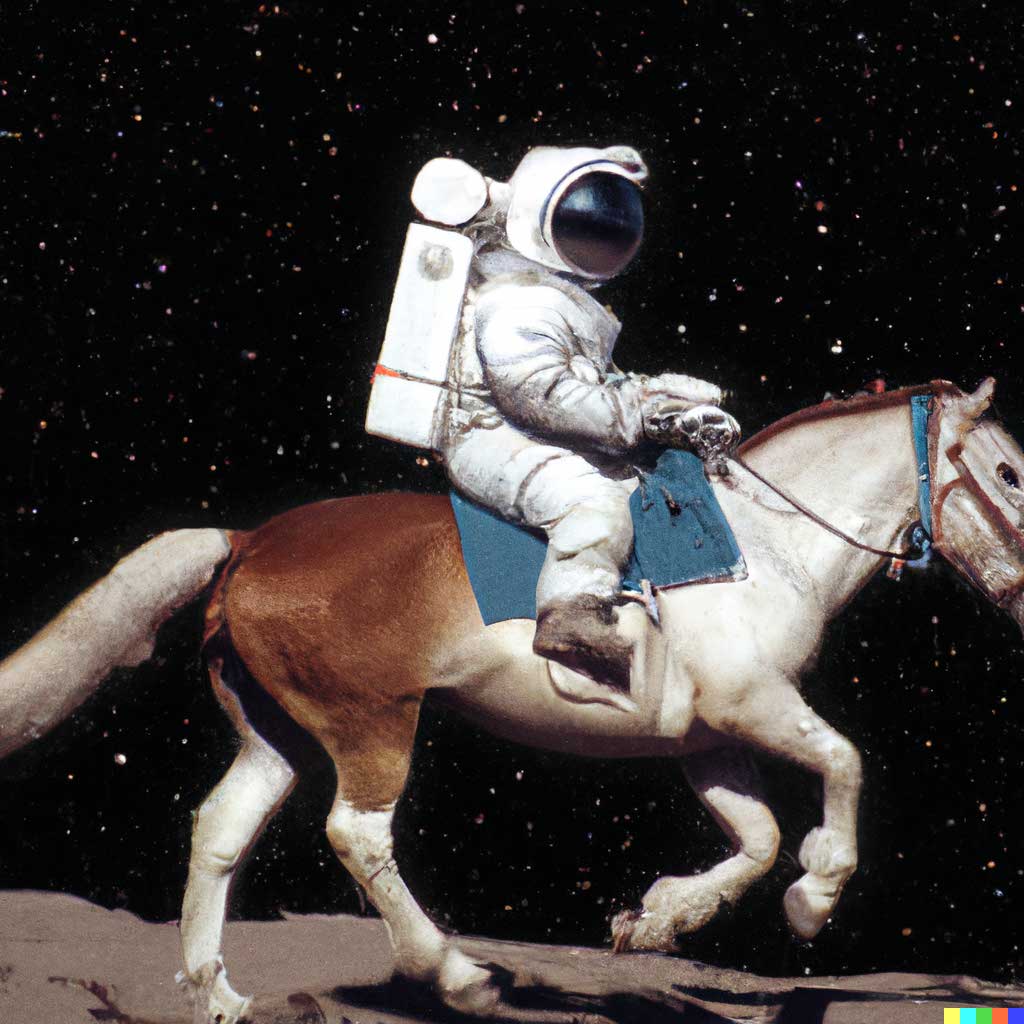 ‘An astronaut riding a horse, photorealistically’/DALL-E 2

To simply put, DALL-E 2 surprised social media for good when it was launched in April 2022. The upgraded version of DALL-E, DALL-E 2 enables users to transform the texts they type into photorealistic images with the help of the details provided within the texts. Furthermore, the fact that DALL-E 2 is fairly easy to use, is one of the main reasons why it became very popular. 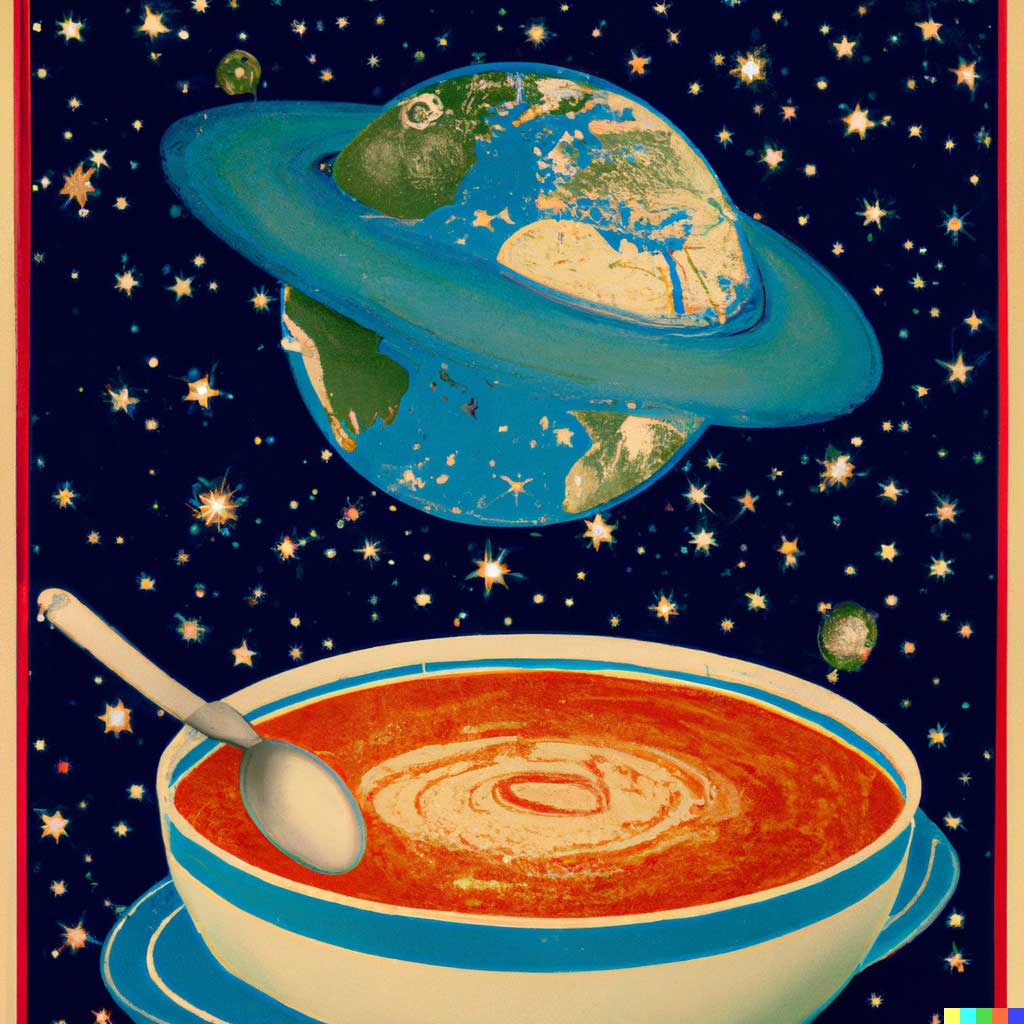 Imagine that you want to visualise a rabbit family of 4, playing beach volley or hundreds of spaceships waiting just outside the planet, ready to attack. DALL-E 2 makes all this and the rest possible. To make things more interesting, you can type a text to be visualised in the style of a well-known painters such as Salvador Dali, Caravaggio, and Vincent van Gogh. 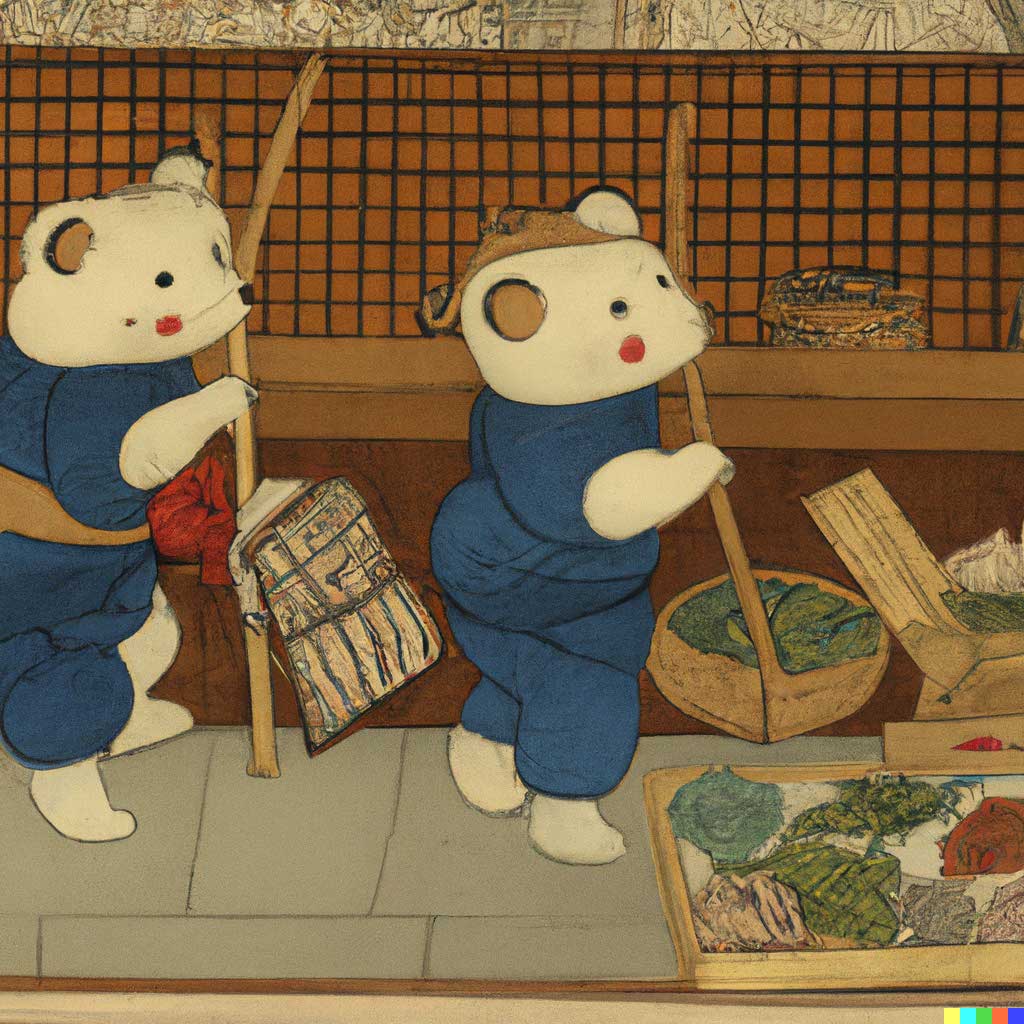 The working principle of DALL-E 2 relies on language processing and making use of artificial intelligence to photo-realistically visualise the data of texts users type. To achieve that, AI should be trained in the first place. To train the AI, it needs ‘deep learning'. At this point, DALL-E 2 uses CLIP (Contrastive Language-Image Pre-Training), another technology of OpenAI, which generates text descriptions by pivoting on text-image matches already available on the Internet. 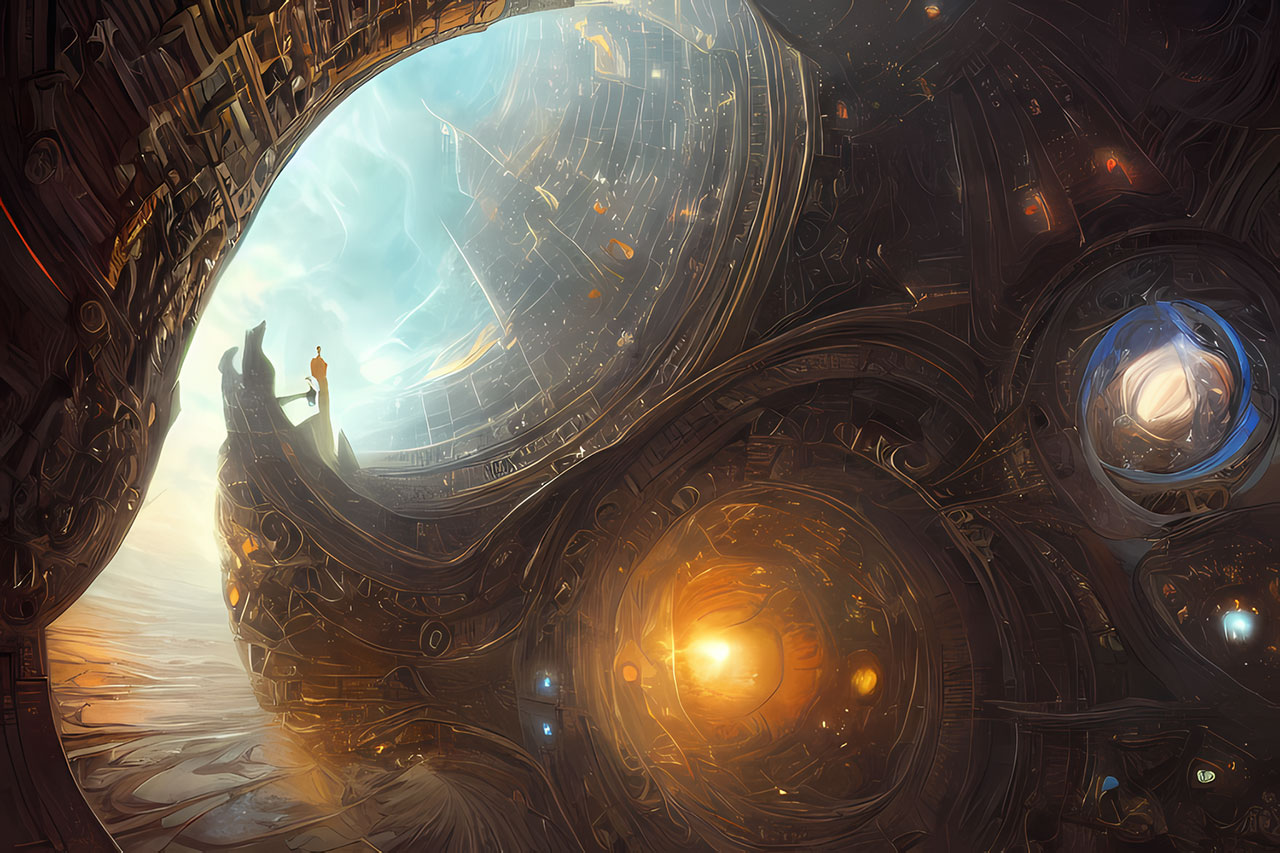 What distinguishes Stable Diffusion from DALL-E 2 and other similar AI softwares is the software transparency of StabilityAI. The company makes Stable Diffusion’s source code available, under the Creative ML OpenRAIL-M licence, which makes a total contrast against its competitors. 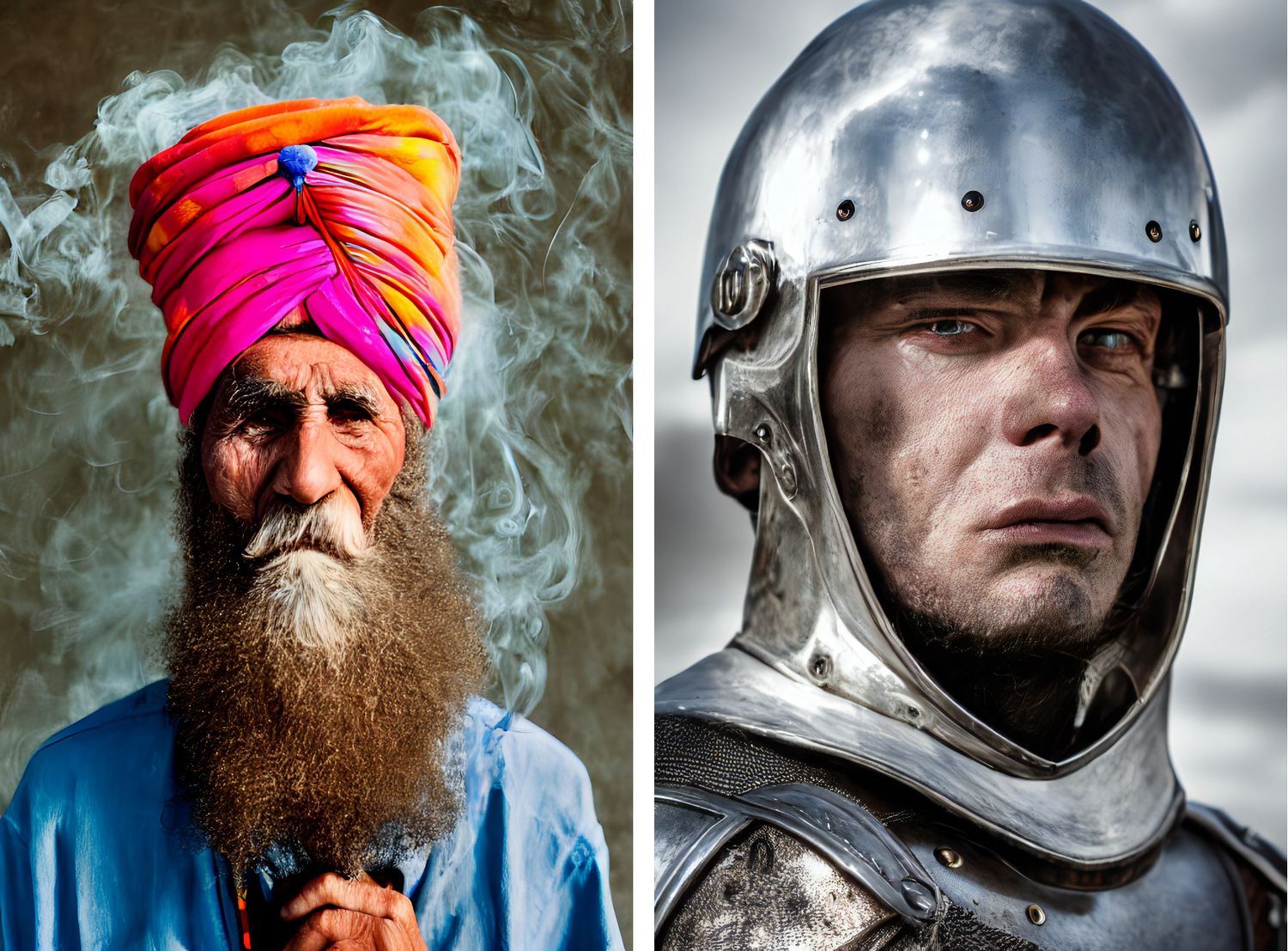 One of the most well-known members of the trend of generating images with artificial intelligence is Midjourney. Midjourney, which started to make a name for itself after winning first place in a fine arts competition by using an image created by a user, can be run via a Discord server and uses Discord bot commands to generate high-quality images, especially in an artistic style. In other words, you need a Discord account to use Midjourney. 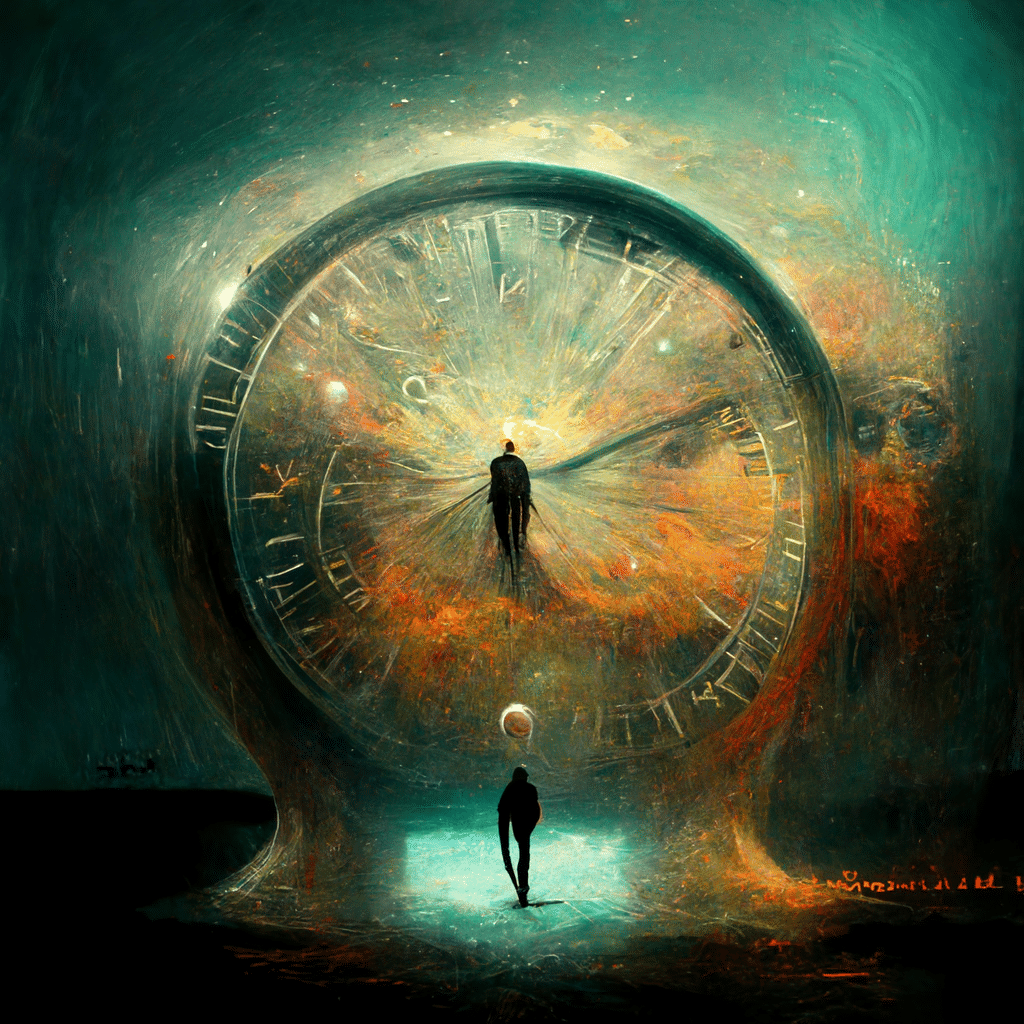 However, there is an issue that distinguishes Midjourney from its counterparts and can be seen as a ‘disadvantage’ at some point: Midjourney is highly stylised for AI software that generates images from texts. It means that generating photorealistic images with Midjourney is almost impossible. On the other hand, ‘realistic’ images have never been at the centre of Midjourney, which is probably a part of the company’s attitude, as artificial intelligence producers. 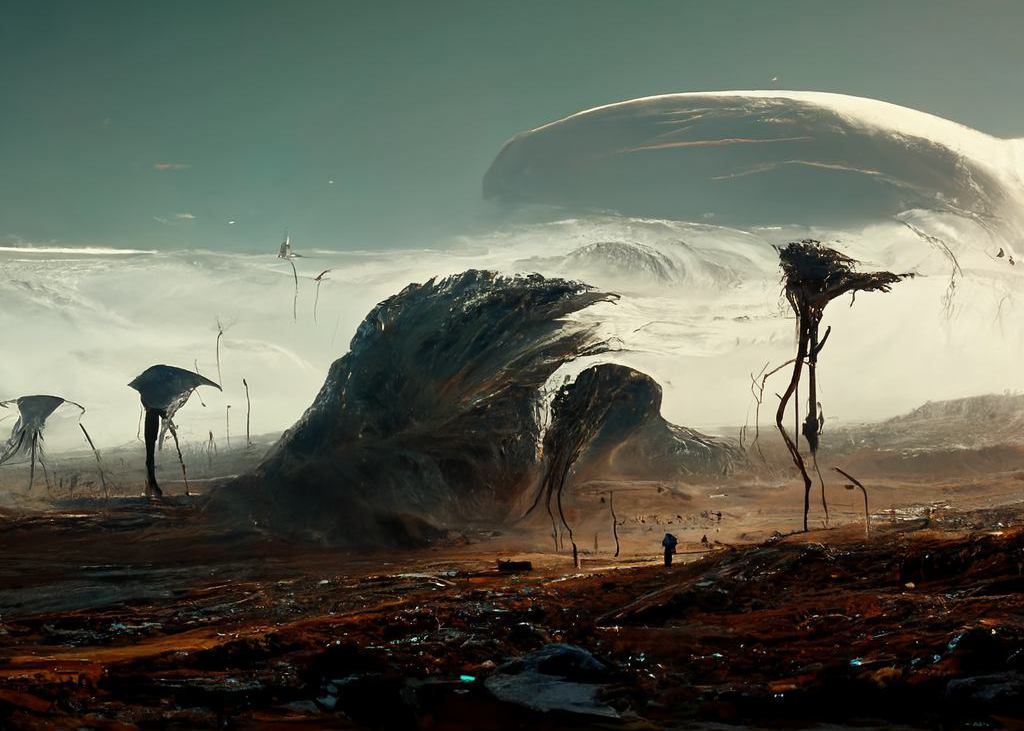 Midjourney founder David Holz spoke to The Verge on the issue. ‘We have a default style and look, and it’s artistic and beautiful.’ He also added ‘Maybe if you spend 100 hours trying, you can find some right combination of words that makes it look realistic, but you have to work hard to make it look like a photo.’

Craiyon comes up as another online AI image generator. Although known as the mini-DALL-E in the past, Craiyon is not associated with OpenAI, besides using the huge amount of public open data the company provides. 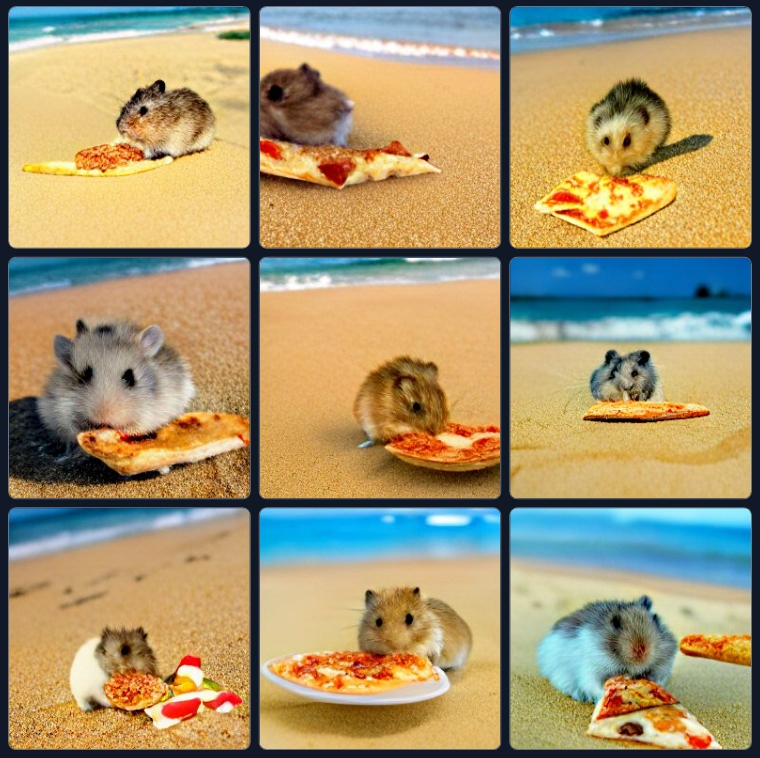 ‘A hamster eating some pizza on Hawaii beach’/ Craiyon

Craiyon is completely free and distinguishes itself from its competitors by keeping its visualisations free from censorship. On the other hand, Craiyon developed by Boris Dayma, a software engineer, falls behind its competitors in terms of image quality. However, just like in Midjourney, it is possible to achieve more realistic images that have better quality with some extra effort and more detailed prompts.

20, or even 10 years ago, this question would have never crossed our minds; however, at this juncture, technology has evolved in such a way that the urge to ask this question is a necessity rather than being out of curiosity. Who will own the copyright of the images generated by artificial intelligence softwares?

At this point, we need to talk to you about the Naruto v. Slater case.

In 2008, British photographer David Slater travelled to Indonesia to photograph the endangered Celebes crested macaques. Slater’s camera was ‘stolen’ by a macaque and the macaque used his camera to take hundreds of photos as well as a ‘selfie’. After Wikipedia stated that the photos taken by the macaque were not copyrighted, Slater took the case to the United States Copyright Office, stating that he owns the copyright of the photos. 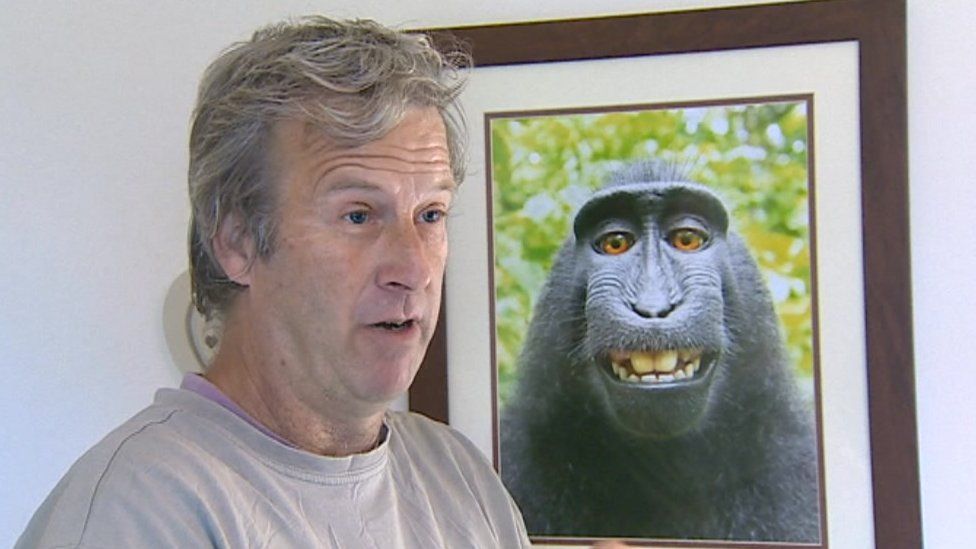 After that, PETA got involved by filing a lawsuit against Slater and requested all revenues from the use of the photo be used for the protection of macaques in an animal sanctuary in Indonesia. Later on, the parties reached an agreement and Slater agreed to donate 25% of the future revenues.

Now, let’s go back to our main point. The United States copyright law presumes that there is always a ‘human’ behind a work of art, although it does not specifically frame artificial intelligence or human ownership of original artworks. According to Berry Werbin’s article published in the Art Law Review, artworks to be protected under that copyright law should meet the requirements below:

In art, copyright protection is granted as soon as a work is created; therefore, the creator of the work has the exclusive right to decide on the usage of the work. However, work created by a machine can be easily copied. That’s why authorship is difficult to distinguish.

So, in this current situation, what can you commercially do with a work you generate using the DALL-E 2? To tell the truth, almost everything! But you cannot prevent someone from doing the same thing you do with your work.

To simply put, there are clouds of uncertainty over the works produced by artificial intelligence. Daunted by this uncertainty, some image platforms started to stand against such works. For example, Getty Images banned the works generated by AI, due to copyright concerns and Shutterstock also removed the images produced by AI.

As we have covered the copyright issue, we can move on to another controversial topic: Can we claim that the works produced by AI are actually ‘artworks’?

A while ago, Jason Allen’s artwork ranked first in the Colorado State Fair fine arts competition. So far so good, but things get interesting here: Allen’s artwork was generated with Midjourney. As you can imagine, some artists were upset with this victory, which brought an overwhelming impression all around the world. 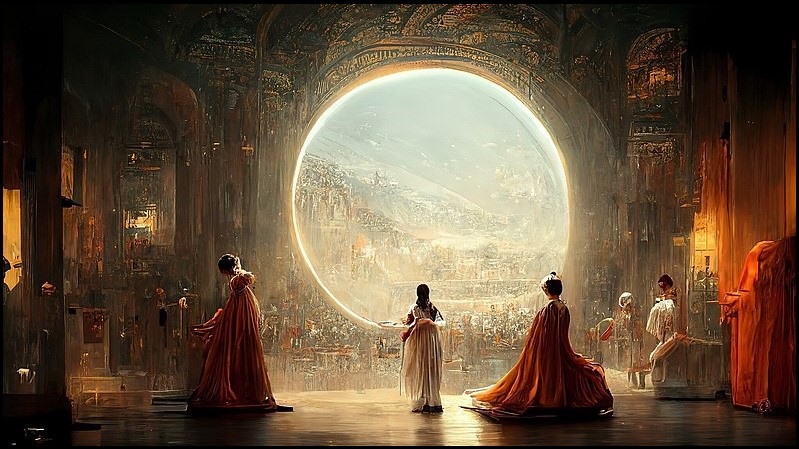 Although some artists are very enthusiastic about new digital image production with prompts and the opportunity to use it as a new tool to enhance their creativity, others who make a living from art hate artificial intelligence technology since they believe it will make them lose their jobs and devalue their works.

RJ Palmer, a conceptual artist, spoke to BBC on this issue, emphasising the fact that machines can be trained to copy the style of a specific artist: ‘Right now, if an artist wants to copy my style, they might spend a week trying to replicate it. That's one person spending a week to create one thing. With this machine, you can produce hundreds of them a week.’

‘AI is ‘directly stealing their essence in a way’, and artists are currently powerless to stop it from happening.’ added Palmer. When we consider the fact that developers train AI models by fueling them with the image database of the Internet, which makes it completely normal for an artist to find their works in a model’s dataset, the ‘stolen essence’ that Palmer talks about finds a deeper meaning.

The creator of Stable Diffusion, Emad Mostaque, has an utterly different perspective on this issue. Mostaque states that he does not believe AI will take away the ability of artists to make a living, and he also adds: ‘Excel didn't put the accountants out of work; I still pay my accountants.’ He also highlights that AI will provide artists with new job opportunities: ‘This is a sector that's going to grow massively. Make money from this sector if you want to make money, it'll be far more fun.’

What Allen said after his controversial win summarises the current situation and the fear of artists about AI: ‘Art is dead, dude. It's over. AI won. Humans lost.’ 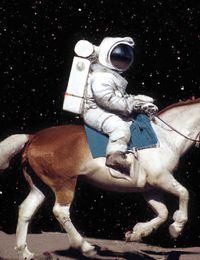 AI Era: Art, from artificial intelligence and text to image and from data to text