Organised in Egypt, COP27, had a special meaning this year as the countries most affected by climate disasters are located in Africa.

By 2045, 1.6 billion more people are expected to join the world population of 8 billion, and the world economy is expected to double. The Organisation of the Petroleum Exporting Countries (OPEC) predicts that the share of fossil fuels in energy production, which is 80.2% today, will decline to 69.6% in 2045. However, this proportional decline does not mean that there will be a decrease in fossil fuel consumption due to the increase in total energy consumption. According to the report, consumption of all fossil fuels is expected to increase except for coal.

When the Paris Climate Agreement, which Turkey signed in 2021, set a target of 1.5°C for the global warming threshold, it was 2015. Alok Sharma, who also chaired COP26 last year, emphasised that the Earth has already warmed by 1.1°C and that the 1.5°C target at COP27 is at risk: ‘Even at 1.5°C we will still have devastating consequences for many millions… 1.5°C must be a red line. And that can’t be the cop we lose 1.5°C on.'

At this stage, carbon offsets, developed to reduce emissions without compromising economic growth, come into play. Carbon offsets are carried out by reducing or eliminating an equal amount of greenhouse gases such as carbon dioxide in order to compensate for actual emissions. Offsets are measured in tonnes of carbon dioxide equivalent (CO2e). Carbon credits generated by carbon offsets give companies the right to emit more carbon and can be sold to others.

How effective are offsets?

On the other hand, the effectiveness of emission offsets is the subject of a different discussion. Carbon credit trading allows parties to make carbon offsets of questionable compatibility at low costs. Another and more fundamental problem is that carbon offsets do nothing to address the actual source of emissions and can only offset a small fraction of global carbon dioxide emissions. According to data published by the think tank R Street Institute, the cost of carbon credits is less than $10 per tonne with carbon offsets, while the cost of companies cutting production or taking permanent measures to reduce emissions can reach thousands of dollars per tonne.

Afforestation is a popular offsetting method as it traps carbon dioxide in the atmosphere. However, this is not enough to keep afforestation projects from being the subject of controversy. Planted trees need many years to mature in terms of carbon capture, but credits sold in this way give companies the right to emit carbon instantly. Contrary to expectations, forest fires can cause carbon emissions, or unconsciously planted invasive species can damage endemic vegetation. Furthermore, while trees trap carbon, they contribute to the release of methane, another greenhouse gas.

Emission quotas of countries are determined by the Kyoto Protocol, which is an extension of the 1992 United Nations Framework Convention on Climate Change (UNFCCC), signed in 1997 and entered into force in 2005.

Countries that are signatories to the Kyoto Protocol obtain carbon credits by certifying their carbon offset projects (CER) and can close their emission gaps by purchasing carbon credits. There are 5 stock exchanges in Europe where carbon credits are traded. Carbon trading is expected to create the world's largest commodity market.

An effective carbon offset project is based on the concept of 'unique additionality'. Accordingly, for an effective emission offset, a carbon offset project should contribute to reducing carbon emissions ‘relative to doing nothing’. For example, the fact that a company planting trees for timber production does not cut them down until they are commercially mature does not make a unique contribution in terms of emission offsetting.

A project that makes a unique additionality also needs to be funded solely for the purpose of generating carbon credits. Projects that have a commercial return but reduce carbon emissions as an additional benefit are not recognised as carbon offset projects. Again, for example, an efficiency investment that will reduce fuel costs in production is not registered as carbon offsetting since it is ultimately made to reduce costs, not to compensate for emissions.

The second important concept is permanence. As in the timber example above, if a reforestation project is cut, burnt, decomposed or dried up before it can contribute to capturing the tonnes of greenhouse gases corresponding to the carbon credits it generates, it means that the project has failed in terms of carbon offsetting. Gilles Dufrasne of the Integrity Council for the Voluntary Carbon Market (ICVCM) notes that a forest established to compensate for emissions needs to stand for hundreds of years to fulfil its carbon offsetting role.

British rock band Coldplay planted 10,000 mango seedlings in a field in southern India to eliminate the carbon footprint of their second studio album, but the project failed to neutralise even the emissions generated during the delivery of the trees to the region as the seedlings dried up within 4 years.

Organisation of the Petroleum Exporting Countries 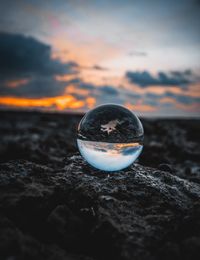