Bozcaada, the island of grapes

The story of Bozcaada

Bozcaada is mentioned as Tenedos in the epics of Iliad and Odyssey written by Homer. That's why you're likely to hear the word Tenedos a lot on the island, so let's start from there.

Tenedos being an island of grapes leads back to many years. Tenedos coins from the 5th century B.C. have images of grapes on them. These images give clues that viticulture has a history of thousands of years in the history of the island. In addition, in the 17th century, Evliya Çelebi talks about the island's various fragrant grapes and vineyards in his travel book and memoir. There are even expressions for Bozcaada grapes such as juicy, delicious, pleasant to eat and fragrant. There was a muscat grape mentioned in that memoir, and travelers who came to the island talked a lot about this fragrant grape. As you can see, viticulture on the island dates back to ancient times.

Viticulture on the island has changed over the years due to many natural and social transformations. The closest thing to us, even the one that changed the fate of viticulture on the island, is the phylloxera disease. This is a root disease that, towards the end of the 19th century, came out of America and spread to Europe and dried up the vines. As such, a lot of wine was sent to Europe from regions where phylloxera didn't reach. Bozcaada was one of them. Towards the middle of the 1900s, a disease came to the island and a great transformation began. The vineyards were all lost, all the grapes were gone.

In fact, we can look at it from both the sweet and the bitter side.

🌶 Bitter; Along with the lost vineyards, many old grape varieties were also lost. Maybe the grapes -that we don't even know the name of- grew there, and they don't exist anymore.

🧁 Sweet; After the vines were lost; durable, brand-new vines grew. You can imagine as a fresh start.

This new beginning occured with Çavuş grapes. Çavuş is a type of grape that cannot fertilize itself. Vasilaki, Kuntra and Karalahna grapes were planted next to it for insemination. For this cycle, the vines had to be planted in an orderly fashion, in other words, a new vining system was developed. You can think of it as planting 2 rows of Çavuş grapes, 1 row of pollinators (Kuntra, Karalahna or Vasilaki). This layout also suits the island very well; imagine row-to-row geometric vines! 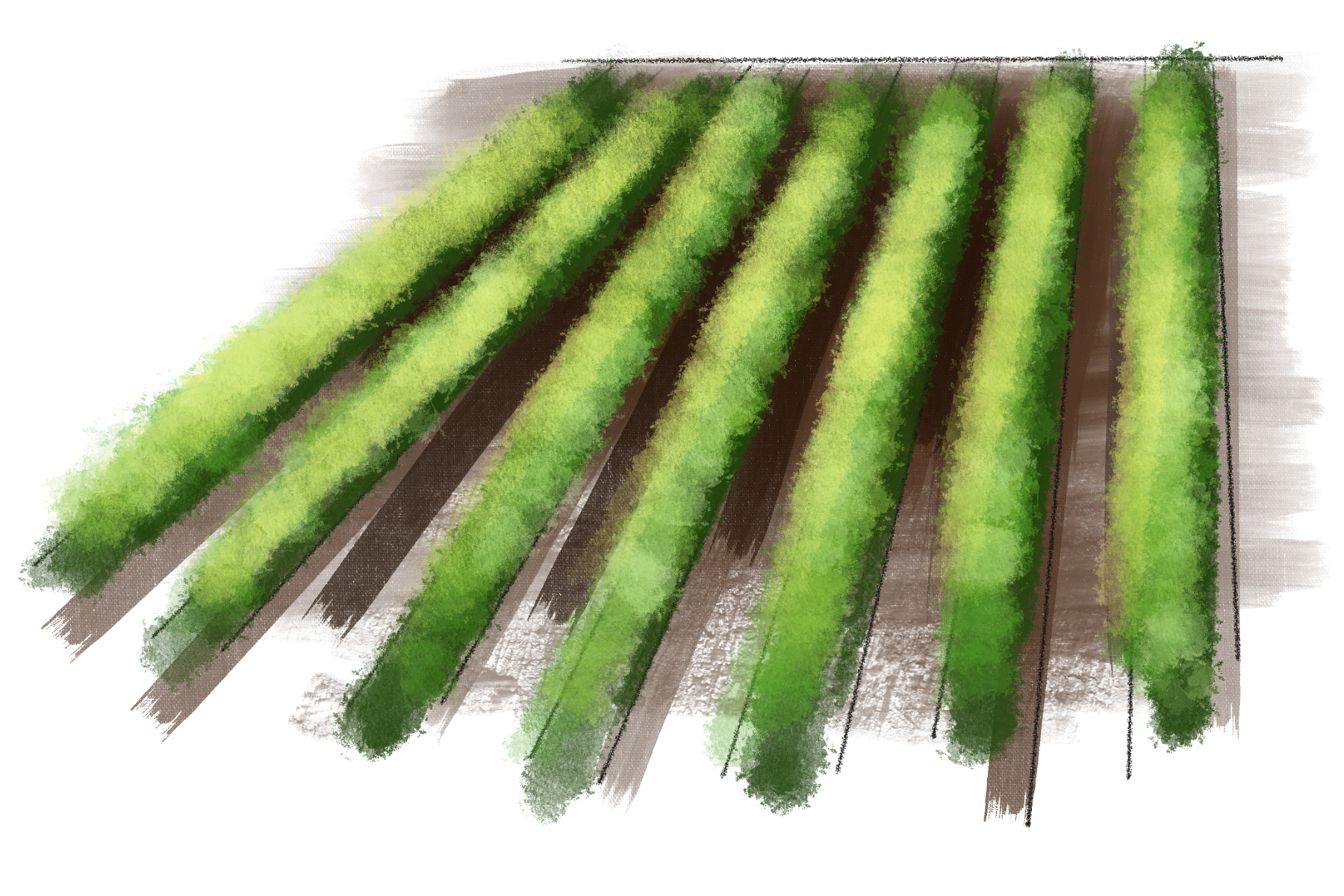 Stories of the island grapes

We are in the vineyard.

Right in the middle of the vineyard, I speak with the very well-respected Prof. Dr. Necati İnceoğlu and his wife Prof. Dr. Mine İnceoğlu, accompanied by Ecem, who told me about Bozcaada vineyard by vineyard. A wind passed through our table that I will never forget.

I would like to share about the vineyards and island grapes with excerpts from this conversation. Because the table is long, the glasses are full, and the conversation is lively.

Prof. Dr. Necati İnceoğlu, who literally wrote the book on viticulture (Bozcaada Vineyard Guide) has been teaching in the field of architecture for more than 40 years. Then he retired and has been in Bozcaada since 2004 with his wife, Mrs. İnceoğlu.

The note on the back of his book attracts my attention.

“There are still good vineyard farmers in Bozcaada, whose names I have mentioned in this book. I'm afraid they are the last generation, unfortunately they are not known by young people. Make friends with one or two of them, learn the craftsmanship from them, but it's up to you to turn it into art. Develop your own technique, you will enjoy it immensely, and you will immediately recognize your vineyard you have pruned, like a language, an accent, a signature.”

I say let's talk about the viticulture on the island and I ask Mr. İnceoğlu: "What is this issue?"

“The economy of the island was based on viticulture until the 2000s, while most of the viticulture and winemaking were done. But it turned to tourism after the 2000s. The engine of the economy on the island has been tourists. However, it was the viticulture itself that created tourism. The vineyards, rural landscape, unspoiled urban texture and wine culture in Bozcaada attracted the attention of tourists. But this tourism has become a monster of the viticulture that created itself. Tens of acres of vineyards are abandoned each year. One of the main reasons for this is that the motels started to develop; the economic return of vineyards is considerably lower than the economic return of motels. As such, people sell their vineyards and open motels. A two-room motel may bring twice the yield of our huge vineyard. Tourism has become a monster, it is destroying this viticulture that created it. It's been a great transformation. Transformation from production economy to consumption economy. The misfortune of this island.”

It gave me both anxiety and hope to talk about this in the middle of the vineyards. Because it is possible to transform this consumption-oriented tourism; it is in our hands. We can adapt to the environment rather than change it. Rather than mass tourism, a more balanced development is possible by participating in the life of this region, with more limited expectations within the possibilities of the island, by preserving the greenery. It's possible to sway in the island breeze without the fancy hotels, sun loungers, and roads filled with cars. We can imagine an environmentally friendly tourism that highlights the rural landscape and is dominated by viticulture. If this infrastructure is not preserved - I am writing to include all of us - we will find other seas, other beaches to go to, but we will lose these vineyards that have no place to go. “Our luck is that boutique winemaking is emerging,” says Mrs. Mine as the wind is blowing.

“A more serious and conscious agriculture is carried out by the people coming in from the cities, this is a very good development. Viticulture is in the hands of the supra-urban culture. This is a great hope for Turkey.”

“Viticulture has an artistic side and a craft side. For example, there is Mr. Gültekin on the island, he grafted almost half of the vineyards here. You have to go and find him, you have to ask questions. There are many people like Mr. Gültekin, they are the ones who know their craft the best. You need to learn the craft from them. Turning it into art is in the hands of the newcomers.”

Time passes, our table seems to grow. There’s still time until sunset, but the colors are starting to turn orange. Car horns? No. Birds chirping? A lot. Mrs. İnceoğlu takes Cabernet Sauvignon, which she made herself, and pours the wine into the carafe. It's like a dream. I look at Ecem, "Is this real?" The eyes are full, the conversation flows., the wind is blowing sweetly. 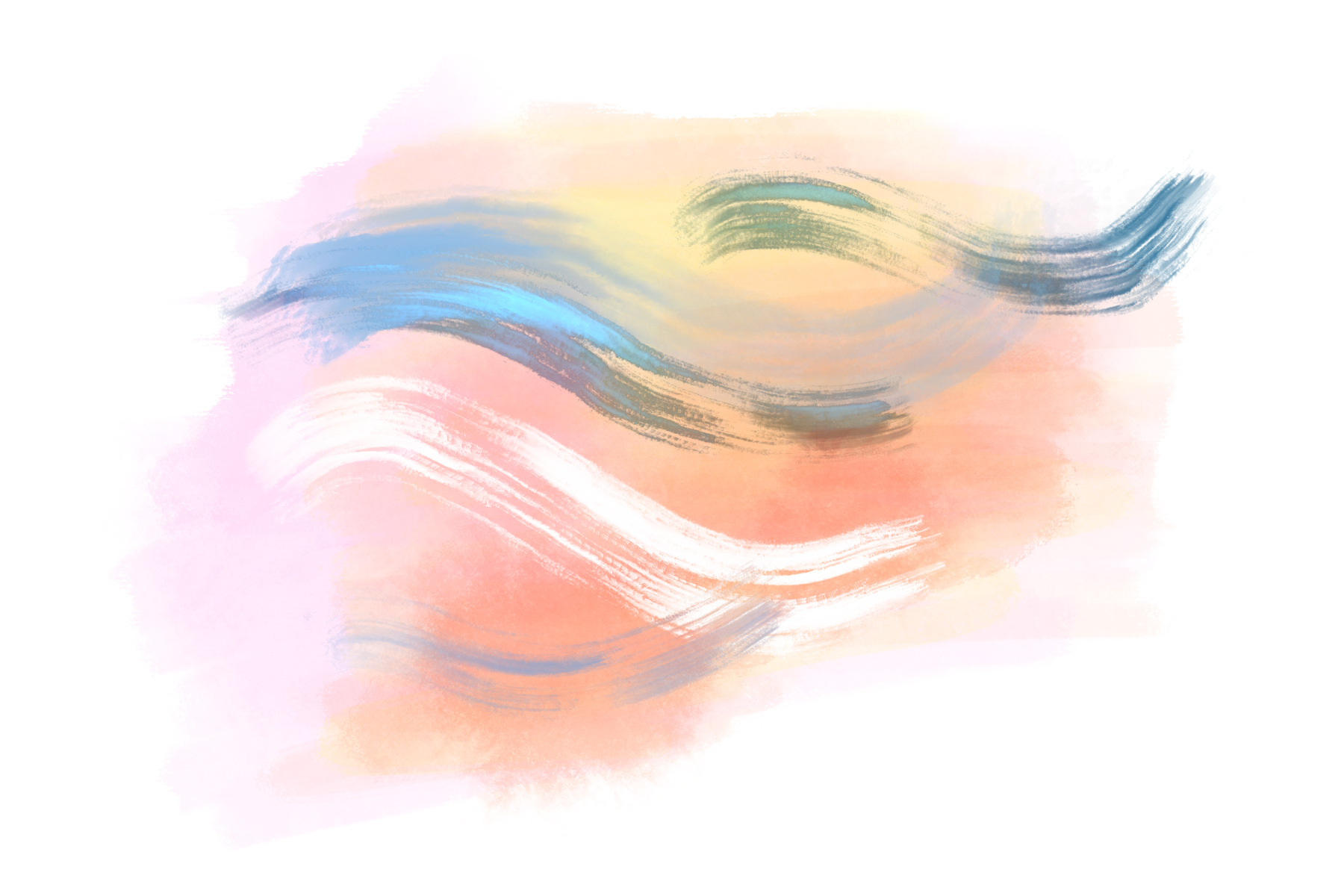 And I say “Wind! The first word that comes to mind when the island is mentioned is wind. The wind that describes the character, traces and breath of the island. How does it effect viticulture in Bozcaada?” Mrs. İnceoğlu takes the word:

“For example, in southern Denizli, the soil is very stony at altitudes of 850 metres. The temperature difference between day and night is huge. The region is very suitable for viticulture. When we look at Bozcaada, the island is at sea level, viticulture is difficult. Soil is tough. Bozacada's luck is the wind and its whip.”

Ecem chimes in to say, “Cabernet makes its bread out of stone!” That's why it's a successful grape on the island. We are talking about the 10+ year old Cabernet Sauvignon in our glasses after all.

In addition to the local grapes, new types of grapes started to come to the island in the 2000s such as Cabernet Sauvignon, Merlot, Shiraz. In fact, most of the newly planted vineyards are of the new species. The Cabernet Sauvignon in our glass is one of them. The presence of other grape types besides local grapes has been in a state of transformation. New species, new bonding technologies, new systems. I will talk about these at length in the next issue, but for now I will stop here. 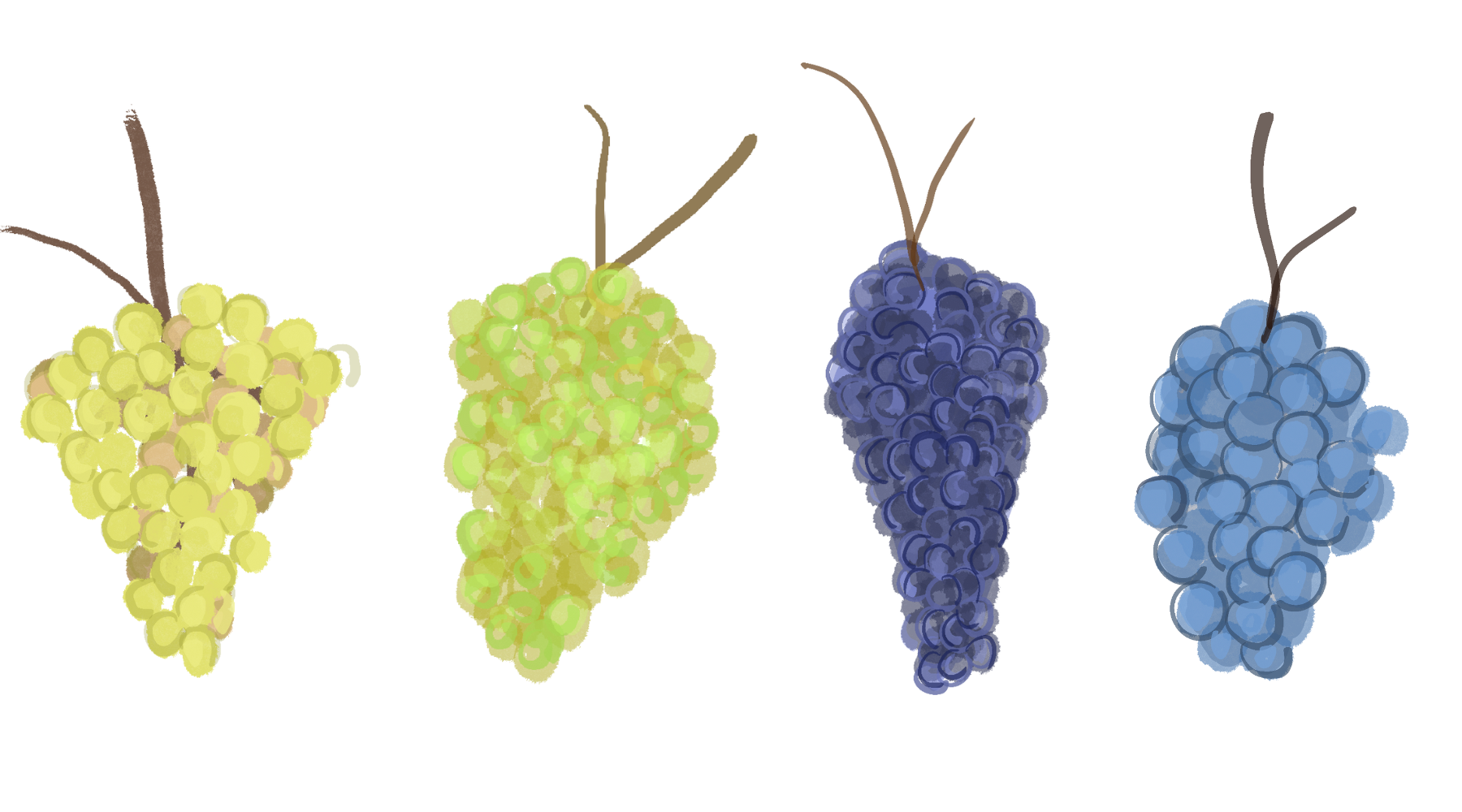 A voice inside me piped up, “Make Çavuş great again!” I chuckled, keeping the joke to myself. But this smile brought up the subject. As you know, Cabernet Sauvignon is not the first grape that comes to mind when Bozcaada is mentioned. Çavuş has always been in the lead role. In the past, trucks of Çavuş grapes were sent to Istanbul every day. This is not the case this year, the amount is small. The reason is that old vineyards are completing their economic life, many vineyards are abandoned and there is no market for Çavuş grapes. Demand is declining and the focus is on grapes with high commercial yields. On one hand, this is good news; new types, new volumes, new wines. On the other hand, Çavuş is the island’s grape. There is also an emotional bond, its sustainability is very valuable in terms of island culture.

Although we talk about tourism pushing the limits of the island, economic transformation and abandoned vines; Bozcaada had very good developments too. The vineyards could have diminished or disappeared, but they did not. There are many manufacturers, they look after thousands of acres of vineyards. They are developing ties and working to make them sustainable. Exactly for this reason, the island is growing and growing. Maybe it will grow with the friendship of viticulture, winemaking and tourism. This is in our hands. 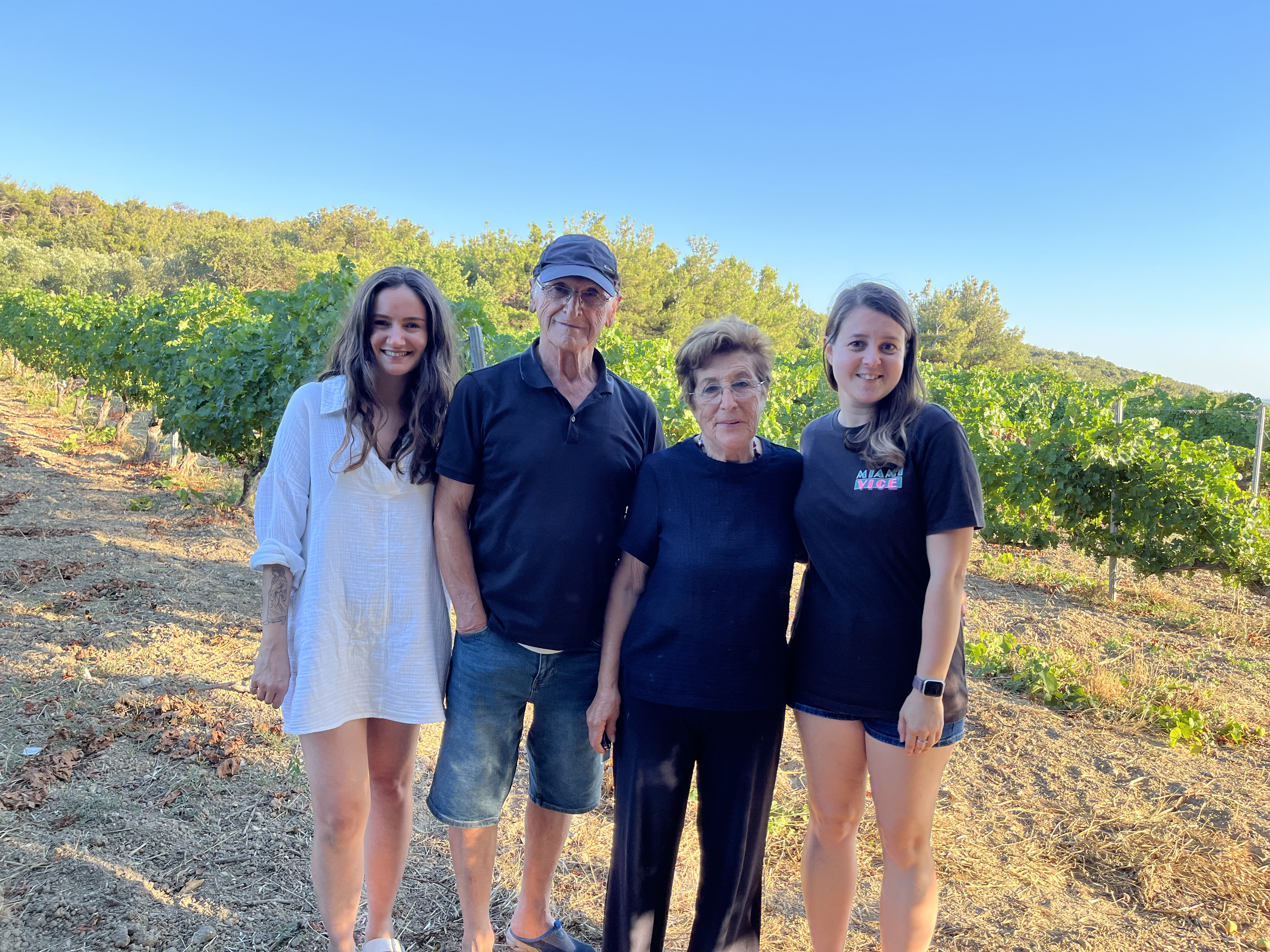 Here, I am leaving a memory from our conversation in the vineyard. A still from the vineyard of Mr. And Mrs. İnceoğlu, and us. It was beautiful to get to know them and share a table with them.

I end this article with some news: “Çarvuş harvest has begun on the island!” If you want to cut, see, and experience grapes, you might want to go. 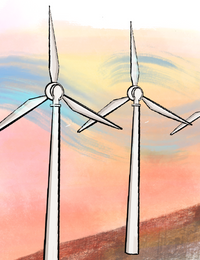