Are processes from recruitment to leadership fair for women and men in business? What are the strategies that need to be implemented to ensure equality?

While discussing writing about subjects 'We can't talk about at work', I realised it was time to share with our readers what I know about the problems I see, and what I know (as I research it every day) about development.

I could not postpone writing on this subject while building my career at the very centre of the quadrilateral of 'woman', 'young person', 'leader' and 'entrepreneur'. There are only a handful of people around me who are ambitious enough to be young, women, leader and/or entrepreneurs in the business world. I see the same determination, excitement and perseverance in the eyes of people in these positions, if it is a fair positioning. Is it because of the difficulties brought about by external factors that the number of these people seems so low to me, or is it because I see the number of these people numerically 'less' than it should be because two acrobats cannot dance on the same rope? Or is it because the majority of the tables I sit at are under siege by men? Or is there gender equality in business life, but it is not visible enough because of the psychological impositions and central influences around us? I will answer these questions in this article.

Let's start questioning gender equality and justice by analysing a person's first step in starting a job. When starting a job, following the interview process, people are offered a job in line with their skills, education, experience, and the wage and rights policies of the employer. In this process, the most accurate person is determined among dozens of candidates and is selected for that job. However, unfortunately, not everything is so bright. According to the Gender Equality in the Workplace Survey 2022 prepared by PWC and Peryön,

Why might women feel that the processes are less fair than men? This problem arises due to a lack of transparent wage policies, the fact that people doing similar work are known to receive different wages, operational gaps due to the lack of centralised recruitment, the lack of concrete information about the interview process, and the fact that performance metrics are based on vague criteria. Even though these are a large part of the equation and can be taken as a guide in the solution process, the epsilon, which we do not talk about, is a part of the equation and its weight cannot be underestimated. In this equation, epsilon, which we will see as the embodiment of prejudice, can help explain this situation in detail.

Unconscious prejudice is defined as socially stereotyped judgements about certain groups of people that individuals form without conscious awareness. Due to its intrinsic nature, defining, teaching about and reforming unconscious prejudice is seen as one of the greatest challenges facing humanity. The primary problem caused by unconscious prejudice arises from the characteristics of the other person, regardless of the person's ability, education, or intelligence, and creates injustice. If we look at the statistics, it is seen that 56% of the participants in the research stated that they were exposed to unconscious bias in at least one of the human resources processes, and this rate was 60% for female participants and 42% for male participants. A detailed look at the processes reveals that the rate of unconscious bias is higher for female respondents than for male respondents.

Is equality achieved when it comes to leadership?

In 2022, only 8.8 per cent of all Fortune 500 companies will have a female CEO. This data shows that nearly 91 per cent of Fortune 500 CEOs are men. Only 35 per cent of people in senior management positions are women. This is due to reasons other than unconscious prejudices and the effects of recruitment processes.

McKinsey's research shows that the two biggest challenges holding women back from leadership positions are that women are held to higher standards and that many organisations are not 'ready' to hire women for senior executive positions. However, other challenges include family responsibilities not leaving enough time to run a large company, women not having access to the same types of networks as men, and women being less likely to ask for promotions and raises. Even today, the fact that family care is still seen as the sole responsibility of women, the fact that environments that exclude women, such as 'old boys clubs', can easily form due to the ratio of men to women in the business world, and the studies reporting that women are seen as patronising when they behave confidently can be useful in making sense of this situation.

In fact, it is possible to describe this problem in three aspects: the policies of companies, the place of business life in the individual's life, and social norms. I think that following the solutions of company policies, the behaviour of individuals and then social norms will be transformed.

Companies being inclusive and pushing for relevant policies is a primary step in the solution process. Korn Ferry, a global organisational consulting firm, argues that the implementation of a four-part solution can mechanise the path to equality.

As I have seen in the reports, research and solution proposals from different sources, despite the progress, there is still a long way to go both in the world and in Turkey, from a statistical perspective. Gradual transition to new corporate cultures and structures, the transformation of systems, and women not seeing themselves as lesser are the first steps of the solution process.

Finally, I would like to share a quote from the book Lean In by Sheryl Sandberg, former COO of Meta, to inspire women leaders and leader candidates:

"In the future, there will be no female leaders. There will just be leaders." 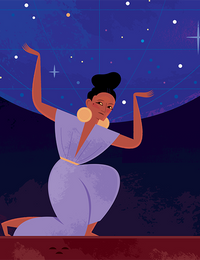