STOCKHOLM – In 2023, India will overtake China as the world’s most populous country. And while China has already passed its demographic zenith and begun to age, India’s ascent will continue for decades.

To be sure, after abandoning its socialist model in 1991, India has struggled to boost its economic growth, whereas China’s four decades of “reform and opening” have lifted hundreds of millions of people out of poverty and brought high-income status within sight. As a result, its economy is now six times larger than India’s, and the difference between the two countries’ basic infrastructure is glaring. But with Chinese President Xi Jinping moving his country back in a more statist direction, growth has slowed substantially.

Meanwhile, India’s economy has been outpacing most others this year, and Indian Prime Minister Narendra Modi seems determined to put his country on a path to close the gap with China. This fall, India surpassed the United Kingdom to become the world’s fifth-largest economy, and recent estimates suggest that its current policies and growth rates will make it the third-largest national economy in a decade or so. While its projected growth rate for 2023 is below that of 2022 (5.9% compared to 6.9%), a rapid ascent up the global economic ladder remains well within reach.

China outpaced India in recent decades because it was much faster and more decisive in opening its economy and tapping into global trade. While China was establishing itself as “the factory of the world,” India was still harboring suspicions about open trade and allowing protectionist tendencies to hold back rapid reform. Its ability to overcome old habits in the years ahead will likely determine whether it can fulfill its ambition to achieve sustained rapid growth and broad-based prosperity.

For now, global conditions remain favorable for India. China’s own success in advancing along the global value chain means that it is no longer the low-cost producer that it once was. And with rising geopolitical tensions and many multinationals rethinking their supply chains, investors’ are increasingly turning their sights to India.

Globalization may be changing, but it is hardly in retreat. In fact, global trade is stronger than ever. What is new is the push to locate value chains in more politically predictable places, so that geopolitical tensions and rogue actors do not unduly affect the free flow of goods and services. India could fit the bill, but first it will need to resolve some outstanding questions.

One issue concerns India’s relationship with Europe. A free-trade agreement between the European Union and India used to be high on the agenda for both sides, but it was shelved in the mid-2010s. The EU wanted more than was achievable, India wanted far less, and the talks were going nowhere. But earlier this year, European Commission President Ursula von der Leyen and Modi decided, in a mutual leap of faith, to revive efforts to conclude an FTA.

Much will now depend on the outcome of these new talks, which follow a seven-year hiatus. The EU will have to recognize that it probably cannot achieve everything that it wants in one go. And India, for its part, will have to jettison a lot of political baggage. If it really wants to capitalize on the global rearrangement of value chains, it must open itself up in ways that it has resisted in the past.

Neither the negotiations nor the associated reforms will be easy. Progress ultimately will depend on political leadership in both New Delhi and Brussels. If trade negotiators are going to break new ground, as is necessary in this case, they will need a clear vision and consistent will from their respective capitals.

Indian leaders, in particular, should bear in mind what the policies of the past few decades have wrought. Divergent national approaches to the global economy explain why China now represents 16% of the EU’s foreign trade, whereas India represents only 2%. The latter figure obviously must rise in the coming decade, but the extent to which it does will depend heavily on the outcome of the new talks.

The rest of the world has much to gain from a more prosperous, confident, and powerful India. In addition to being the world’s most populous country soon, India is also its largest democracy, and its voice will only grow in importance as its economy develops. But, ultimately, the soft power that it wields in the future will reflect the trade and economic policy choices it makes today.

Carl Bildt is a former prime minister and foreign minister of Sweden. 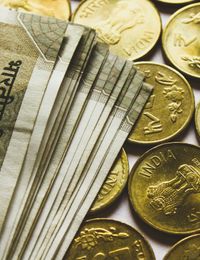