On Istanbul’s music scene and more with the co-owner of MiniMüzikhol Ceylan İpek El.

Last week, we were hanging out with Ceylan (İpek El), the co-owner of MiniMuzikhol, which dominates Istanbul’s underground club culture. We talked over what's going on in Istanbul's music scene. What awaits Mini? And where did Tokyo come from? Are you wondering? We are the same.

My nickname is: Mini

My first performance was: Time and Space Machine aka Richard Norris (2009)

Only a true Mini-regular would know: 'It'll be all right on the night.'

What has MiniMüzikhol represented and continues to represent in the Istanbul underground music scene?

If a pioneer is a person or a collective who's the first to do something then MiniMüzikhol is the pioneer of nightlife and electronic music in Istanbul, Turkey.

The team behind MiniMüzikhol has been the underground stalwart for electronic music and has played a formative role in putting Istanbul's electronic scene on the world map. Not many long-standing locations in Istanbul have created their own identities, created a culture and shaped their audience, making Mini the longest-standing underground club in Istanbul.

Why are people still at Mini after 10 years? What does it mean to create an underground club culture and community in Istanbul?

It is enough to be creative, responsible and cheerful. When you add consistency and commitment to this, it is impossible not to get a response. The place they feel they belong must have a soul and character beyond the physical space. And this needs to have a real and stable life. When you are able to implement all of these despite the difficult times, you are rewarded by marvellous people.

What are the next 10 years of MiniMüzikhol?

Before the end of this year, we are preparing to present a unique perspective on the developing mutation of the city with Löpçük.org creator Erman Akçay.

I am leaving here for the first time the catalogue of the exhibition, which we will open in the last week of this month, where we will host many local and foreign artists:

How will her Tokyo sister feed her Cihangir-local Mini?

As for our Tokyo adventure... It all started with a common interest where our lives merged with my MiniMüzikhol partner and comrade Dj Tutan. We want to build a bridge from here to our country and make breakthroughs in both trade and tourism. We are working to see a future when we open our second branch in Tokyo, where we organise festivals here.

'Do you want to do this in one of the most difficult times in the history of the world economy and politics?' you may ask. According to an Asian saying;

'You can't catch a cub unless you go into the tiger's den.' 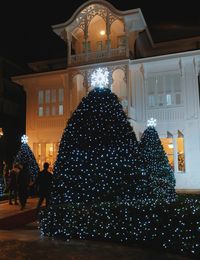 🕺💃 Under the mistletoe, on the dance floor