Our only chance to ensure a sustainable future depends on a hodge-podge of national policies that will be wildly diverse and driven by complicated local considerations.

CAMBRIDGE – Late last month, a foreign leader accused US President Joe Biden of pursuing “super aggressive” industrial policies. It was not Russian President Vladimir Putin or Chinese President Xi Jinping, whose countries are America’s main geopolitical rivals. Nor was it Iranian President Ebrahim Raisi or Venezuelan President Nicolás Maduro, whose countries have struggled under the weight of US-led sanctions.

No, the complaint came from French President Emmanuel Macron, a US ally, about the Inflation Reduction Act, Biden’s landmark initiative to decarbonize the American economy by subsidizing domestic investment in electric vehicles, batteries, and other renewable technologies. Qualifying for these subsidies requires firms to source critical inputs from US-based producers, which irks Macron and other leaders, who claim that the new legislation undermines European industry. France, Macron noted, faces challenges of its own generating middle-class jobs. “And the consequence of the IRA,” he put it bluntly, “is that you will perhaps fix your issue but you will increase my problem.”

Imposing costs on other countries while addressing climate change is, however, precisely what the European Union has been planning to do. Through its carbon border adjustment mechanism (CBAM), the EU will soon impose duties on certain carbon-intensive imports. The goal is to maintain a high domestic price for carbon without allowing foreign firms to undercut European producers through cheaper imports. But the import duties will also hurt many lower-income countries such as Mozambique, Egypt, and India.

European officials argue that the CBAM differs from the IRA because it does not violate a fundamental principle of the multilateral trade regime: non-discrimination. The mechanism, they claim, aims merely to level the playing field between European companies, which are subject to high domestic carbon prices, and foreign producers, which are not. The CBAM, they insist, does not give European companies an unfair advantage.

But one country’s leveling of the playing field is another country’s unfair targeting of comparative advantage. Equalizing the costs of certain inputs, such as electricity, disproportionately affects exporters of energy-intensive products like steel and aluminum. That is why international trade rules have generally been averse to treating domestic and imported goods differently on the basis of their production processes; it is too easy to disguise protectionism under the guise of non-discrimination.

The better argument, and one that would apply equally to the IRA and the CBAM, is that the climate challenge is too important to be overshadowed by trade and competitiveness considerations. Letting governments introduce ambitious environmental programs to promote renewable energy, regardless of the impact on other countries, might just be the most feasible path to decarbonization.

China is a case in point. Years of high subsidies for the country’s solar and wind industries turned Chinese firms into world champions, and China into the world’s preeminent renewable-energy producer. With American and European firms priced out of global markets, the West admonished China for its egregious favoritism.

But while the Chinese subsidies may have disadvantaged Western firms, they were also one of the best things that a government ever did to fight climate change. By enabling firms to scale up much faster than they otherwise would have, these policies helped to cut the cost of solar power by 90% and to halve the price of wind power, enabling these technologies to become commercially viable enough to compete with carbon. Notwithstanding the hit to foreign competitors, China has made an undeniable contribution to solving humanity’s most pressing challenge.

Of course, it might be possible to achieve better, less acrimonious outcomes by encouraging greater international cooperation on green policies. My Harvard colleague Jeffrey Frankel, for example, argues that disputes over the CBAM and IRA should be adjudicated by the World Trade Organization. As he points out, the WTO does allow countries to pursue independent policies for environmental reasons. But the WTO is not the right forum for determining the circumstances under which trade rules should constrain green measures, or whether these measures should be constrained at all.

The WTO’s general presumption is that governments should pursue non-trade objectives – such as environmental sustainability or public health – so long as they do not distort trade. Similarly, the logic of mainstream trade economists assumes that efficiency and other public-policy goals can be neatly separable. Accordingly, non-discriminatory free trade is always possible if governments implement the right policies. Sustainability goals, in particular, could be met by pricing schemes (or equivalent quantity targets) that induce firms to internalize the costs of environmental externalities without distorting trade.

In the real world, however, governments pursuing green policies face administrative and political hurdles that require messy deals to bring opponents and potential losers on board. The IRA and the CBAM were both predicated on such bargains, promising jobs and profits to domestic producers in exchange for their agreement to a green transition that might otherwise be costly for them. In such circumstances, it would be difficult, and perhaps inappropriate, for global trade panels to render judgment on the availability of alternative instruments and second-guess domestic political tradeoffs.

Even when the conflict is more conventionally commercial, as was the case with the Chinese solar and wind subsidies, it is unclear whether we should let trade rules stand in the way when the measures in question advance the global decarbonization effort.

In an ideal world, climate change would be addressed through a globally coordinated set of policies combining carbon pricing, non-discriminatory subsidies for green technologies, and transfers from high-income to lower-income countries. But in the world as it is, our only chance to ensure a sustainable future depends on a hodge-podge of national policies that will be wildly diverse and driven by complicated local considerations. We should not be trade purists and let the perfect become the enemy of the good.

Dani Rodrik, Professor of International Political Economy at Harvard Kennedy School, is President of the International Economic Association and the author of Straight Talk on Trade: Ideas for a Sane World Economy (Princeton University Press, 2017). 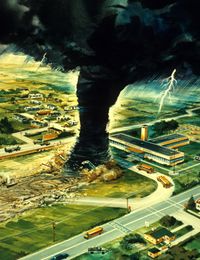