STANFORD – After a decade of unconstrained growth – when it seemed that a new billionaire was minted every day – the tech industry has finally hit a rough patch. Elon Musk’s erratic behavior following his takeover of Twitter has left the financially leveraged platform in a precarious state. The crypto exchange FTX’s sudden implosion has vaporized a business that was recently valued at $32 billion, taking many other crypto firms with it. Meta (Facebook) is laying off 11,000 people, 13% of its workforce, and Amazon is shedding 10,000.

What are we supposed to make of these setbacks? Are they isolated incidents, or signs of structural change?

Twitter was already struggling. After taking on debt and overpaying for the platform, Musk immediately began cutting costs, declaring that the company was losing $4 million per day. His first layoffs swept out 80% of the company’s contractors and half of its permanent staff, including key engineers and most of the content-moderation team.

Musk then reversed the bans on Donald Trump and thousands of far-right provocateurs, as well as ending the enforcement of rules against “harmful misinformation” about COVID-19 and vaccines. Many advertisers have paused their campaigns to avoid having their brands associated with toxic content. As I write, Twitter is in chaos.

As the second-largest crypto exchange, FTX (and its founder, Sam Bankman-Fried) came out of nowhere, built a huge public profile, and then blew up – all in the space of a few years. Details are still emerging, but the bankruptcy specialist now serving as FTX’s CEO (and who previously oversaw Enron’s bankruptcy), says he has never seen “such a complete failure of corporate controls and such a complete absence of trustworthy information.” The ripple effects are being felt across the crypto industry.

Meta’s layoffs reflect the company’s stalled growth after a meteoric 17-year run. Young people have embraced TikTok, undermining the growth of Meta’s Instagram platform, and Apple has introduced a tool that lets iPhone users opt out of sharing data with platforms like Facebook and Instagram, costing Meta as much as $12.8 billion this year. Meanwhile, Meta CEO Mark Zuckerberg has made a huge bet on virtual reality, attempting to create a general-purpose operating system for an industry that does not yet exist. The company has already spent $36 billion on this vision, with little to show for it.

Other tech companies are also retrenching, owing to a broader post-pandemic reversion to the trend line for online retail, as well as disappointing results from some individual products. But more to the point, I believe the global economy is in the early stages of a structural change that will leave the tech industry – the biggest beneficiary of the prior economic regime – particularly vulnerable to disruption.

The economic environment of the past decade was ideal for business. Interest rates and inflation across the advanced economies were exceptionally and persistently low. Peaceful relations among major powers underpinned easy access to global markets and sustained supply chains that optimized labor costs.

But while prolonged economic stability benefited market leaders in every industry, it lulled executives, investors, and politicians into complacency. Many took on more risk, seemingly without consequence, leading to a mispricing of risk throughout the economy. When the pandemic hit in early 2020, it shocked most of the economy. But lockdowns and quarantines were great for tech companies, which kept hiring through the first half of this year, seemingly unaware that they, too, might be subject to disruption.

Russia’s invasion of Ukraine changed everything, catching most corporations and even governments off guard. I believe it will be remembered as the trigger that ushered in a new economic era, with interest rates, inflation, geopolitical tensions, and instability at significantly higher levels than in the past decade. There has been a loss of trust among major powers, and it will be many years before governments are once again willing to subordinate other issues to economic interests.

For tech, a new economic environment presents both challenges and opportunities. Many tech businesses will not recover. Crypto, Twitter, and Meta’s best days appear to be behind them. Other tech businesses, probably including Amazon and Apple, will recover, but perhaps more slowly than they would like.

Some new opportunities will emerge. Enterprises that are restructuring manufacturing and supply chains will need technology. As workers leverage their newfound bargaining power to demand a greater share of the returns, demand for tech-based automation will likely increase. And as consumers adjust to new economic realities, they will stand to benefit from a range of applications and services that do not exist today.

While it may be too much to ask, policymakers should seize this moment to steer the tech industry in more desirable directions. For years, the industry – particularly the social-media platforms – has weakened democracy, undermined public health, and jeopardized public safety. To the extent that policymakers have done anything to rein in the industry, they have focused on privacy and competition – efforts that have accomplished too little and come too late.

The focus of policymakers and regulators should shift from symptoms to root causes: namely, the industry’s culture, business models, and structure. The culture of the industry is hyper-focused on speed, scale, and profits, without regard for consumer safety. Too many products – including major internet platforms, self-driving cars, artificial intelligence, smart devices, crypto, deep fakes, and facial recognition – are simply unsafe. There are no rules requiring tech companies to put consumer safety first; worse, the economic incentives encourage exactly the opposite kind of behavior.

Similarly, the “surveillance capitalism” business model – which uses big data and behavioral economics to manipulate behavior – is an assault on human autonomy analogous to child labor. And it is an assault that has spread from internet platforms to many other industries, including health care, transportation, and financial services.

Finally, the concentration of economic power in the tech industry prevents new ideas and business models from coming to market. With today’s macroeconomic disruption, policymakers have an opportunity to make up for years of laissez-faire policies. Tech companies should be forced to demonstrate safety as a condition of market access. Surveillance capitalism should be banned. Monopolistic business practices must be outlawed, and monopolies broken up.

Protecting democracy, public health, and public safety is good politics. It also happens to be the right thing to do. There will never be a better time.

Roger McNamee is a co-founder of Elevation Partners and an early investor in Facebook, Google, and Amazon. 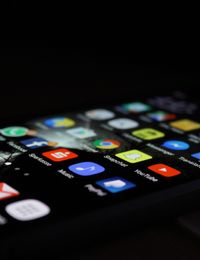