In order to establish a democratic regime, social consensus must first be achieved. This is what Kılıçdaroğlu is aiming for.

CHP leader Kemal Kılıçdaroğlu was criticised by some opposition voters for his proposal to guarantee headscarf in law. He is alleged to have imposed himself as the candidate of the six-party alliance by restraining the presidential candidacies of Ekrem İmamoğlu, the mayor of Istanbul Metropolitan Municipality, and Mansur Yavaş, the mayor of Ankara Metropolitan Municipality. The content of his US visit is said to be weak.

Especially after the proposal to legalise the headscarf, President Erdoğan turned this into political leverage and imposed a new law amendment on the opposition, including restrictions on the rights and freedoms of LGBTQIA+ persons, which is seen as both a major strategic mistake for the CHP and proof that Kılıçdaroğlu is not the right person for the presidential candidacy.

So why is Kılıçdaroğlu, who won most of the metropolitan cities, especially Istanbul, Ankara, and İzmir, in the 2019 local elections and inflicted the biggest electoral defeat on the AKP in its history, making strategic mistakes months before the general elections? In a situation where inflation has reached 82%, and a large part of the population cannot even meet their basic needs, why is Kılıçdaroğlu diverting the focus of the opposition with his ‘halalisation’ (it implies a religious practice of reconciliation) rhetoric and the headscarf law proposal? 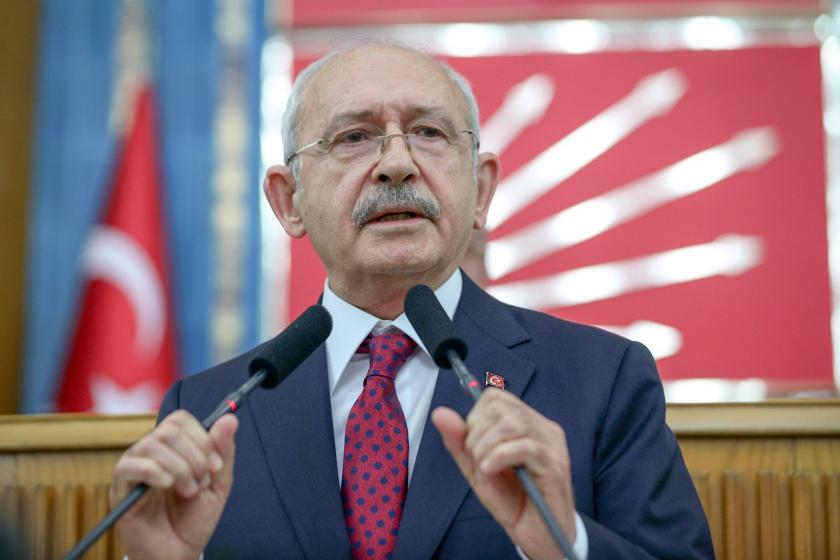 In this article, I will try to find a satisfactory answer to these questions using democratisation theories rather than trying to characterise Kılıçdaroğlu's opposition strategy as right or wrong.

Polarising to maintain the power

How can you force a government that has been in uninterrupted power since 2002 and has been increasing its authoritarianism to democratise and respect the rights and freedoms of its citizens? We have closely witnessed that it is possible to establish an authoritarian government through the politics of polarisation, especially in countries like Turkey where ethnic, religious, and identity divisions are strong and where there is no social consensus on fundamental issues of concern to the society. The economic growth and increase in social welfare between 2002 and 2007, the so-called ‘golden period’ of the AKP's rule, was able to expand the party's voter base, and the violations of the rights and freedoms of some groups could be ignored.

With the impact of the 2008 financial crisis, the slowdown in economic growth and the concentration of wealth from the bottom to the top in the following period reduced the economic gains offered by the government to its electorate and led the AKP to a political approach that polarised the society through identity politics to maintain its power and continue its authoritarian steps. The AKP government, which has consistently violated the fundamental rights and freedoms of its citizens, has restrained the social opposition against it with the economic prosperity achieved in a certain period, while in the following periods it has prevented it by fragmenting society through identity politics.

Today, we see a dichotomous society in Turkey on ideological and identity grounds. Given the crucial importance of the 2023 elections for Turkey, what kind of strategy should the opposition pursue to rebuild a democratic regime, or how can it succeed in forcing the government to adopt democratic politics? Kemal Kılıçdaroğlu, the main opposition leader, is answering this question with his proposal for halalisation (reconciliation) and legalisation of the headscarf. And why?

A government that constantly seeks to expand its power at the expense of citizens' rights and freedoms cannot be prevented from doing so only by opposition voters, because the vote share of its own voters is enough to keep it in power. In this case, for the AKP, which does not embrace values such as human rights and democracy, and whose sole aim is to maintain its power, violating the fundamental rights and freedoms of millions of people it sees as opposition voters does not create any political cost for itself. The majority of the social base that supports the government does not criticise the oppression and violation of rights of the opposing group, and these people can gain an advantage over the other group with certain economic and political gains, in return for their support for the government.

In Turkish society, where there is no social consensus on fundamental rights and freedoms, the only thing that can defeat the AKP in the elections or prevent violations of rights is either the deterioration of the system due to external factors, such as the economic crisis or the reaction of its electorate to the violations committed against the other group. For a long time, the opposition had hoped that the economic crisis, with inflation reaching 84% and the minimum wage remaining below the hunger threshold, would naturally cause the AKP to lose the elections. However, President Erdoğan's launch of the electoral economy, opening the credit and social aid spigots to the fullest, and the recent perceptions of victory in foreign policy have reversed this negative mood and increased both Erdoğan's approval rating and the AKP’s vote share.

Taking the final trump card from the government

In democratic countries where checks and balances are functional and social opposition is strong, wrong policies implemented by the ruling party or the corruption committed by the party in power cause a reaction in the society, and the government loses votes. Opposition parties also have the opportunity to come to power. This process, defined as ‘the cost of being in power’, is no longer valid in Turkey, where checks and balances have been abolished, and public resources and the media are under the domination of the ruling party. Any corruption or wrong policy can somehow be blamed on the opposition, and this can have a great deal of credibility with the ruling electorate. Turkey is experiencing one of the biggest economic crises in its history due to the government's deliberate choices. However, there has still not been a major rupture in the AKP government's voter base. It shows both how effective identity politics is and that there is no ‘cost of being in power’ for the government that controls the mainstream media.

Keeping that in mind, Kemal Kılıçdaroğlu believes that the only thing that will compel the AKP to lose the elections or to end its violations of rights will be the pressure from its base, and he bases his opposition strategy upon this. The dependency relationship between the AKP and the sympathisers in its voter base who see the violations of rights against dissident voters and the interference in private lives which are alien to them as an achievement, is based on social benefits, partial increases in welfare, and polarising identity politics pursued by the ruling party. With the transfer of İBB (Istanbul Metropolitan Municipality) and ABB (Ankara Metropolitan Municipality) to CHP, the government's control over social aid has declined, and with the economic crisis unable to promise welfare increases even to its voters, the last trump card left in its hand is the polarising identity politics. What Kılıçdaroğlu wants to do is to take this final trump card away from the government at the cost of alienating his voters.

The halalisation (reconciliation) discourse launched to reconcile with those whose rights and freedoms have been violated in the past because of their lifestyles or political views, and the proposal to legalise the headscarf, the biggest trump card of the government's polarising identity politics, aims at expanding social opposition to authoritarian rule in Turkey, where the fragmented opposition pressure is not enough to reshuffle the government. Whether this opposition strategy will be successful or not remains to be seen, but if it is possible to expand social opposition against authoritarianism, not only it may be possible to win the 2023 elections, but also to create a democratic system in the new Turkey in which such violations of rights and freedoms will never be allowed again. Otherwise, it will not be possible in the near or distant future to build a democratic regime with an understanding that tolerates every injustice and oppression against those who do not belong to it.

The weak point in Kılıçdaroğlu's strategy is that while emphasising identity politics so much, he oversees the increasing pressure on the opposition electorate and fails to offer a solution to the concrete problems we are currently experiencing, especially in the economy. The CHP's failure to come up with a convincing and satisfactory economic policy months before the general elections and its inability to strongly oppose the increasing pressure on secular lifestyles are creating a great disappointment for opposition voters. People are also less keen to vote. Kılıçdaroğlu, who wants to increase the pressure against the government from its voter base, has failed to strike this balance well, thus breaking the faith of opposition voters and diminishing their expectancy for change.

In conclusion, the biggest challenge for the opposition, which has a historic opportunity ahead of the 2023 elections, will be to weaken the electoral base of the government and increase the cost of authoritarianism by taking into account their concerns and demands, without breaking away from their voter base. It is not possible to build a democratic political regime that is loyal to human rights in countries that cannot build a strong opposition and social consensus against governments that seek to expand their power at the expense of citizens' rights and freedoms. 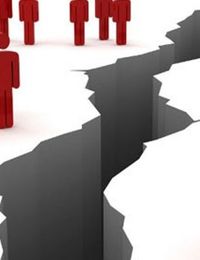