I have been Gümüşlüklü (from Gümüşlük) since we had to carry a lantern on our way back home along the dirt road. Back then, lanterns were necessary because phones did not have any flashlights. I remember how scared we were at night on the thin path through the bushes. In that narrow space that did not allow two people to pass side by side, four or five of us would queue up in rows. None of us would want to be at the back of the row. We would sing songs or play conversation games out loud to conquer our fear. With each step, we would hear the sound of an animal moving in the bushes. It was a kind of place where nature ruled over the surroundings more than we did. That fear, as an emotion that makes people feel how constructive it actually is to be a more humble being, was healthy. 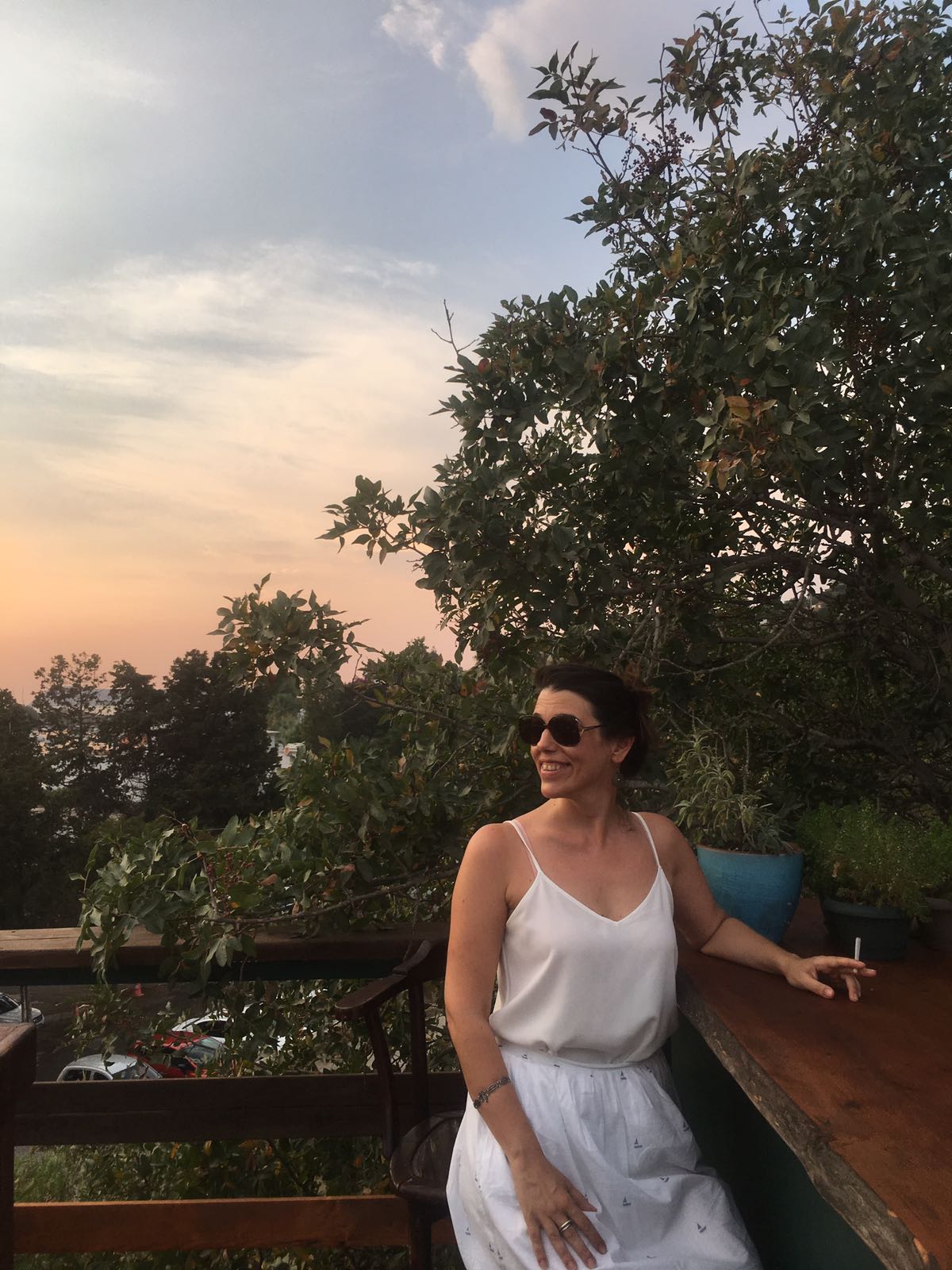 With Aslı, at Gümüşlük sunset

In the early 2000s, when urban transformation and intensive tourism first started to take over, I made a list of things that were slowly disappearing and that I missed. Among the things I miss the most are the old river beds. Today, all of them have turned into roads made of asphalt in the village, but once they used to be dirt roads that were so dense and covered with lush vegetation that you could not even see the sky and that cars could hardly enter. I spent the summers of my childhood in the tree hollows, in the world of squirrels and turtles on those roads, it was like the forests in old cartoons, full of surprises. In my list, there were also the sounds of frogs in the wells of the houses, the braying of donkeys and the sounds of the waves licking the shore and retreating through the pebbles.

What I see today is that the empty places, small agricultural areas and tangerine orchards in the village beyond the coastline of Gümüşlük have become fewer and fewer, and they have been replaced by gated communities consisting of box-like houses, car garages and a 'wasteland' where every bit of empty space has turned into a junkyard. I think the thing we undervalue most is space. 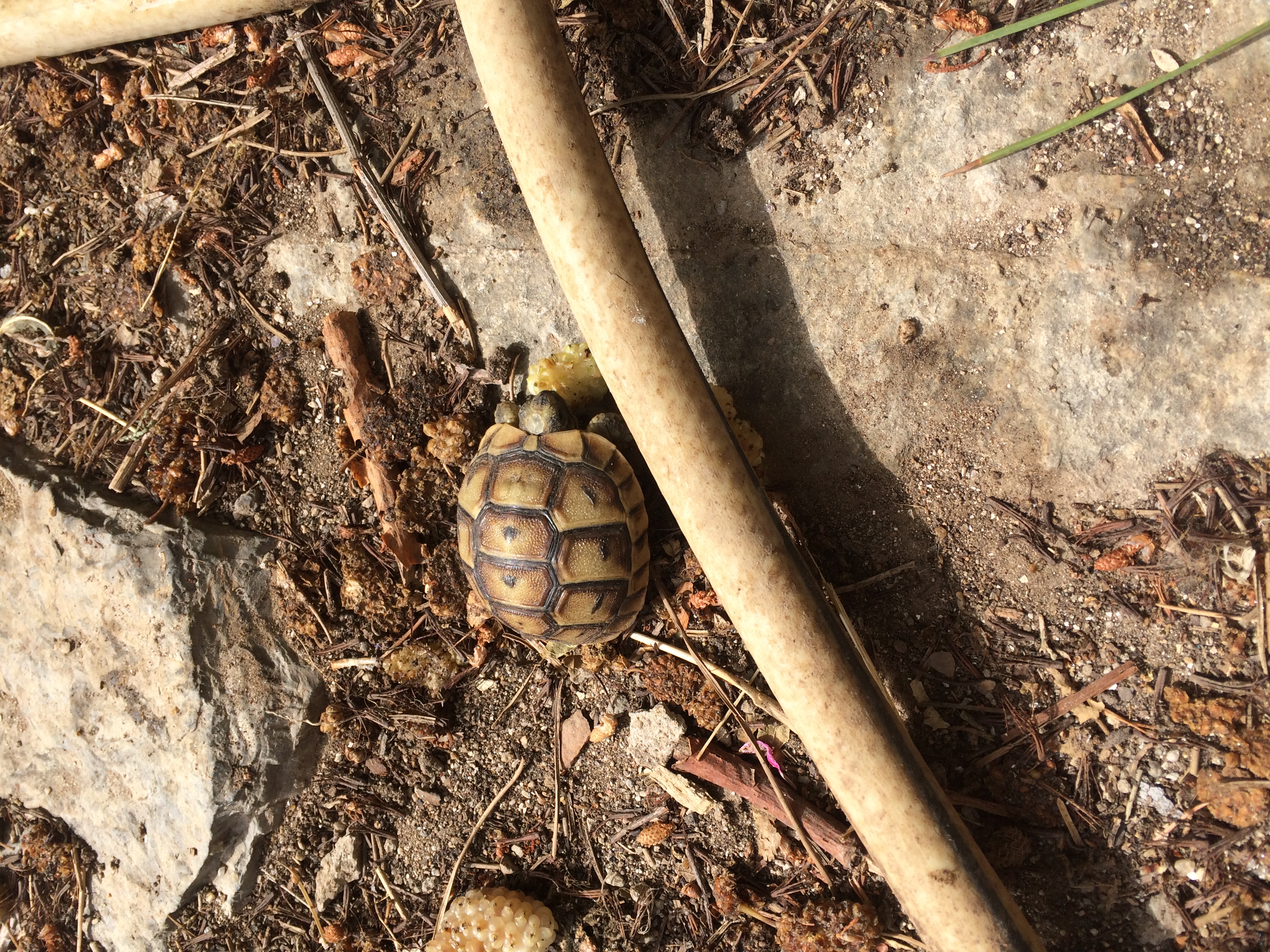 Attention! You can bump into Gümüşlük's actual habitants, any time, any where

We call it empty land, but it is not actually empty at all. An organism is in motion under the soil where plants and animals feed each other, reproduce, move together, and, eventually, feed us. We suffer from a nature blindness. It is also necessary to add to this: the water purification and its destruction directed to Gümüşlük bay today and its destruction. For example, the quality of the water has deteriorated drastically and the blue flag has been lost. But no one talks about it, even though this is an issue that brings up the infrastructure problem of the entire Bodrum peninsula. This place turns into a vacuum truck republic in the summer months. We swim and breathe in waste. 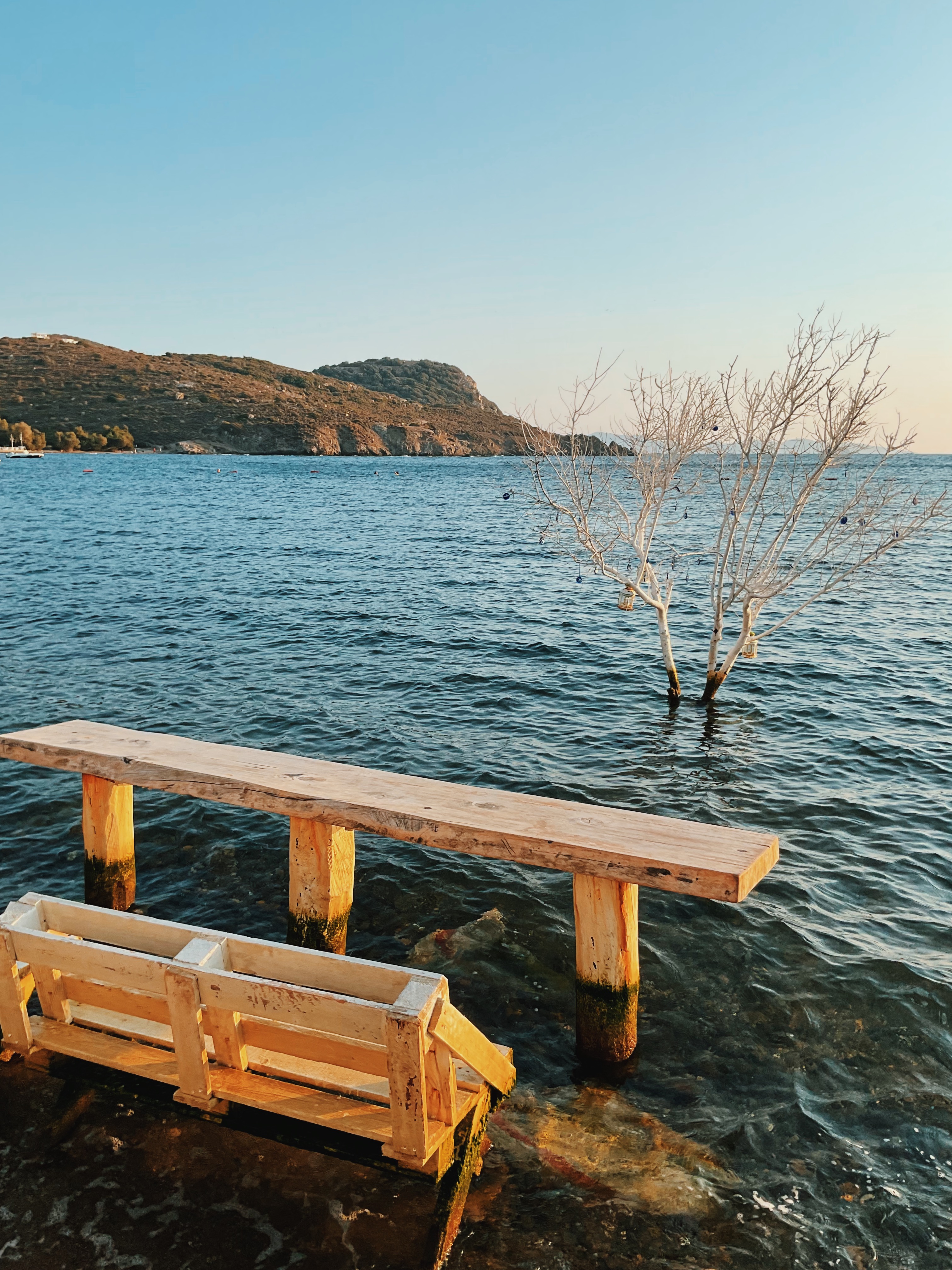 Foot to the sea, eyes to the beach, faces to the sun

The savior of the future: small-scale agriculture and livestock

The thing that most affected my approach to world issues was to observe how urbanisation worked here over a period of 30-35 years. I found answers to my questions such as, how urbanisation develops, what phases it goes through, what infrastructure means, what rural production means… I learnt these things by experiencing them one-on-one. This is a place where we experience the results of concrete and construction being the thing that runs the economy and "saves" it from crises in the world and especially in Turkey.

I had the chance to be here when COVID-19 first broke out, I thought a lot about how important it is to preserve small-scale agriculture in order to survive in a time when the pandemic scared us all and the uncertainty was very high, because, despite all the destruction of tourism, this is a place where small-scale agriculture and farming still resists. 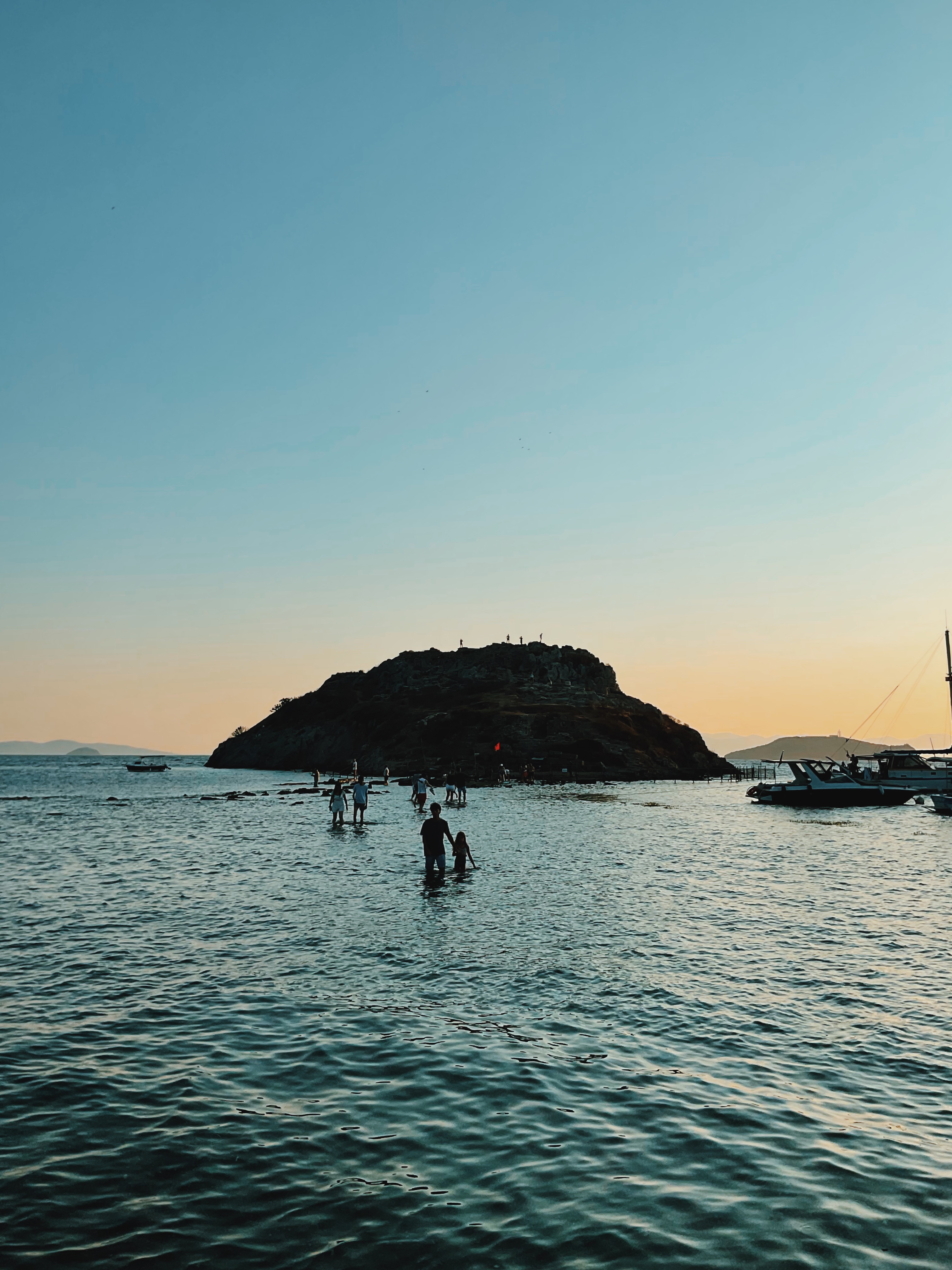 On the way to Rabbit Island, step by step, through the sea.

I have unchanging rituals that I have acquired over my years here in Gümüşlük. Taking a long swim in the sea early in the morning is one of them. For example, there is a goat family living on Rabbit Island this summer. Every morning I swim to the island, circle around the island and watch the goats when there are very few people around. When the sun rises, I run home, which gets cool because it is a stone house. I spend my daytime with various creative projects such as reading, writing and drawing. I divide my afternoons between cycling around the village and gardening, sometimes I cut and grow a piece of the interesting plant that I come across on my bike tours. These are the rituals of my 'me time', and of course there is the social life as well. I make plans where we cook and swim with a circle of people like me who have been here for twenty, thirty or forty years or have beeniving between here and elsewhere. Life enlarges here when friends come to stay with me. There are times when I go out of Gümüşlük and wander in other bays, spend days in places like Ortakent, Bitez, Gündoğan, and live a parallel life that I can describe as 'touristic'. 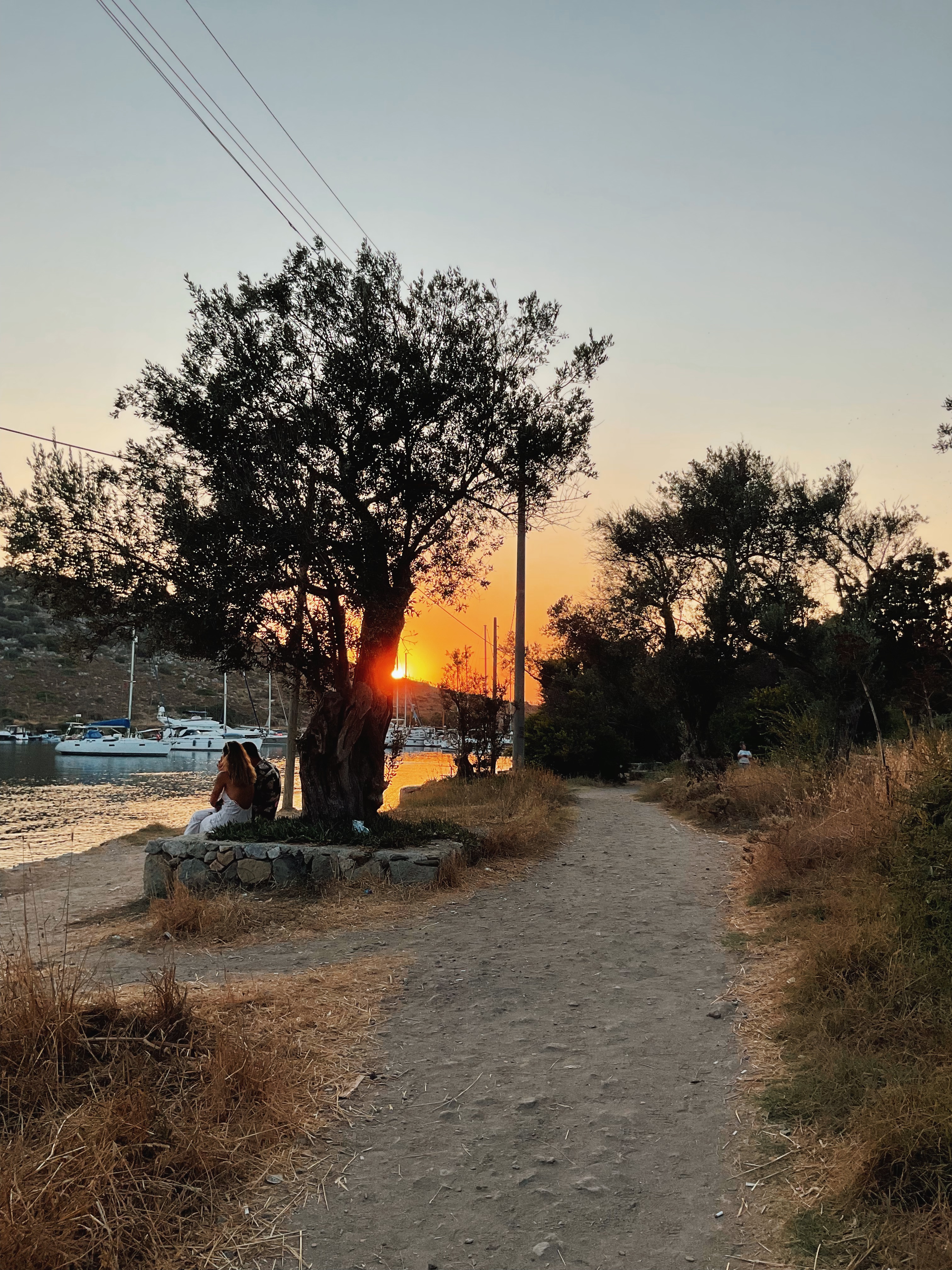 Afternoon conversations under the olive three

Who is the Gümüşlük commune anyway?

I think I am looking at Gümüşlük from a position that the word 'commune' does not quite match. I relate more to plants, bugs, smells, stones, water and wind, rather than the people living here. Of course, this was much stronger twenty or thirty years ago. The construction madness that has been going on since the early 2000s has lowered the frequency of nature a lot, but still, this is a place with hidden gardens and corners away from tourism and crowds of people. Maybe because it is a very small place, a village, I prefer to be anonymous and not get too involved in human relations. For an intellectual or artistic production, one has to spend time not only in chaos, but also in their own world. This is a place where I find the calmness that I cannot find in city life, get closer to my centre of gravity and create my own orbit. My favourite thing is that my family, aunt and cousin, who live here for four seasons, are people who create ceramics, design, music and I can talk to them about creative processes. It is also nurturing to relate to organizations such as Gümüşlük Academy and Classical Music Festival, which focus on cultural production, and the atmosphere they try to create here. 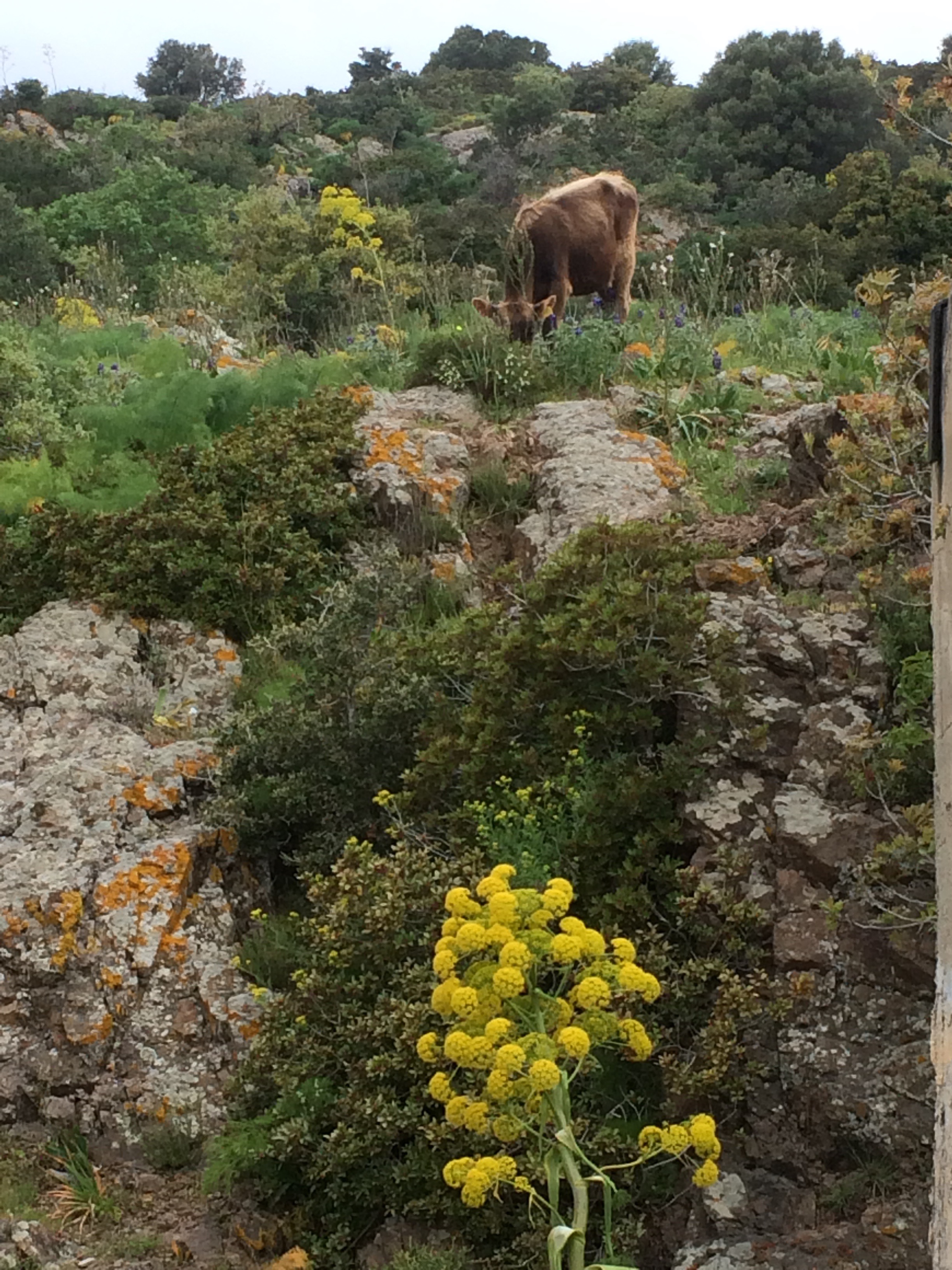 No, it is captured from a documentary, this is the nature of Gümüşlük

There is definitely a change of perspective that comes from living by spending time in the water or moving in the water, looking at the land from the water, and being able to do this not just for a week or two, but sometimes for months. It would seem right to call it an expansion of perspective. Being here is a state of liberation brought about by bodily position or bodily movement, or, for example, the decrease in gravity that comes with water, as I am mostly busy with mental work. Living close to nature, regardless of water, also has a separate contribution. Watching how some things take shape in the natural world is a great way to understand or remember again and again that the process is always more important than the result.

One day at the beginning of this summer, my cousin and I were sitting on the terrace of the house and watching the valley as the sun went down, without talking much. Within half an hour, we observed the swallow chicks, which had just settled on the electric wires and were just learning to fly, and then the family of wild boars passing through the reeds beyond the field in front of the house. Just when they were taken off the stage, a fox appeared in the middle of the field, jumping towards us. I can still hear the sounds of wild animals that I do not know, with the wind rising towards the morning when I can't sleep. I used to clean the weeds that grew in the garden of the house, now I let the bugs and reptiles reproduce, because they no longer have any other place. The creatures we label as harmful are also living, and there is so much we still do not know about them. 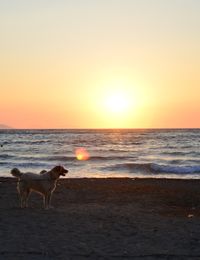