Truth is free, it does not shut up when told to shut up

The censorship law was published in the Official Gazette (Resmi Gazete) last night and entered into force. More precisely, except for some articles that will enter into force as of April 1, 2023, Article 29, which is a direct violation of freedom of thought and expression and imposes prison sentences on the owners of expressions that the government does not like, entered into force immediately.

Although it is said to have been prepared in consultation with the undersecretary of the US Embassy, the statements, reactions and realities belie the claim that ‘Turkey has enacted a law that is an example for the world.’

The US said they did not have a similar law.

The United Nations condemned the law. Marta Hurtado, the spokesperson for the Office of the High Commissioner for Human Rights, said, ‘Under international human rights law, freedom of expression is not limited to truthful information, but includes all forms of information and opinion.’

The UN spokesperson emphasised that the Turkish law ‘contravenes the article on the right of the people to information’ in the International Covenant on Civil and Political Rights.

The Parliamentary Assembly of the Council of Europe also condemned the law. In a joint statement, international press freedom organisations opposed the law, particularly on the grounds of Article 29, which violates press freedom.

In Turkey, independent journalists and their organisations, as well as opposition parties, have also said that the law targets not only journalists but society as a whole.

Freedom House, a non-governmental organization defending freedom and human rights, publishes annual reports on freedoms around the world. In its 2022 report on Internet freedom, the organisation states:

‘The fight against disinformation and propaganda depends on public access to reliable information and news from the ground. Democracies should step up efforts to develop independent online media at home and abroad with financial support, create financial models, technological support and professional development.’

There is no need for prison sentences to prevent the public from being exposed to fake news.

The only thing that needs to be done is to establish a transparent communication system to ensure that the media, and therefore the public, have access to accurate news.

By calling the silencing law ‘disinformation’, the government is trying to demagogue that those who reveal the truth and criticise the government are ‘out of the loop, with a foreign name’.

As if this was not enough, the Directorate of Communication has started publishing ‘disinformation’ reports every week.

Restrictions on freedom of expression thought and the press does not only affect journalists and activists. The private sector, entrepreneurs, science, academia, and healthcare sector are also affected by this toxic environment.

In Iran, the demonstrations that started with women's riot faced a very harsh reaction from the regime.

As in previous demonstrations, the Internet was restricted again and this time access to WhatsApp and Instagram was banned.

But the riot has not been extinguished.

The demonstrations continue to grow.

The Instagram bans also had economic consequences. There are reports that more than 450 online businesses have closed, many workers have been laid off, and 4 million people and their families are facing economic hardship.

In many regions, workers, shopkeepers, and traders are now joining the women's riot.

According to official reports, 240 people have lost their lives in Iran.

In no period of history could the truth be covered up by pressure, persecution, imprisonment, and tyranny.

Those who feared the truth lost, and those who tried to work from their dark corners were sooner or later left alone with their shame.

Because the truth is free, it does not shut up when told to ‘shut up.’

Parliamentary Assembly of the Council of Europe 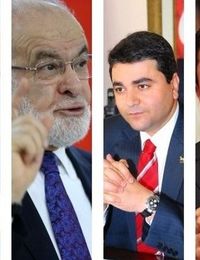