When I first moved to London, as most out-of-towners would do, I wanted to live in the east. By then, once home to Redchurch Street underground parties, emerging artist hub Brick Lane (Bengali: ব্রিক লেন) was already populated by Instagrammers taking selfies in front of the murals. Luckily enough, I knew locals who told me to come to the north, where the pubs have quiz nights, and street vendors line up on Chatsworth Road every Sunday. “We even have a jam shop”, they said, which, later on, would become a London success. Without further ado, I moved to Clapton. This was in 2017.

Of course, as expected, we had The Place To Go, anytime we were questioning what to eat, where to eat. This family-run, delicious place was then called, and still is My Neighbours the Dumplings. I liked the communal tables where you can have a glance before you order anything and ask “What is that?” They would inform you they are potato & truffle su gok. I liked the walls covered with Chinese lanters, the hidden garden downstairs, and bar Mathilda where you can have a drink while waiting. I liked the murmur in the room, the sound of cheery people.

Nowadays, like any veteran Londoner, I keep moving further east, all the way north, down to the south. Clapton is the hood where I once lived, but My Neighbours the Dumplings is still my reason to come back. Home is where you can cheers hot sake accompanied with smacked cucumber salad, I believe.

What to order? Tofu. Marinated silken or MaPo with shiitake mushrooms.

Heads Up: Victora Park is closed on Mondays, and Clapton is closed on Tuesdays. The hours vary. Please have a look before you go, and even book a table to make sure.

Bonus: In their Clapton location, there is a hidden bar downstairs, Mathilda. Have a 'Madame Butterfly' before or after dinner. 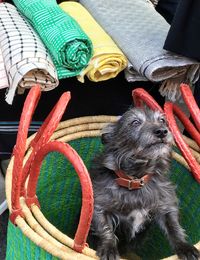 🍁 The town is back