For those who follow the innovations in the food and beverage world, especially at the upper levels, foraging is one of the most popular trends of recent years. Its ability to combine the qualities of naturalness and locality in the same pot, which are essential to all sustainability formulas that are thought to be a cure-all for many of the environmental and health problems of our age, is perhaps one of the features that make foraging timeless. Likewise, the paleo diet is among the most talked about and controversial food topics of the recent period. It is also known as the stone age, caveman or hunter-gatherer diet. Those who follow this diet believe that they will lose weight and stay healthy by avoiding products that were not eaten in the "paleolithic period", including dairy products, pastries, legumes, refined oils, and sugars. 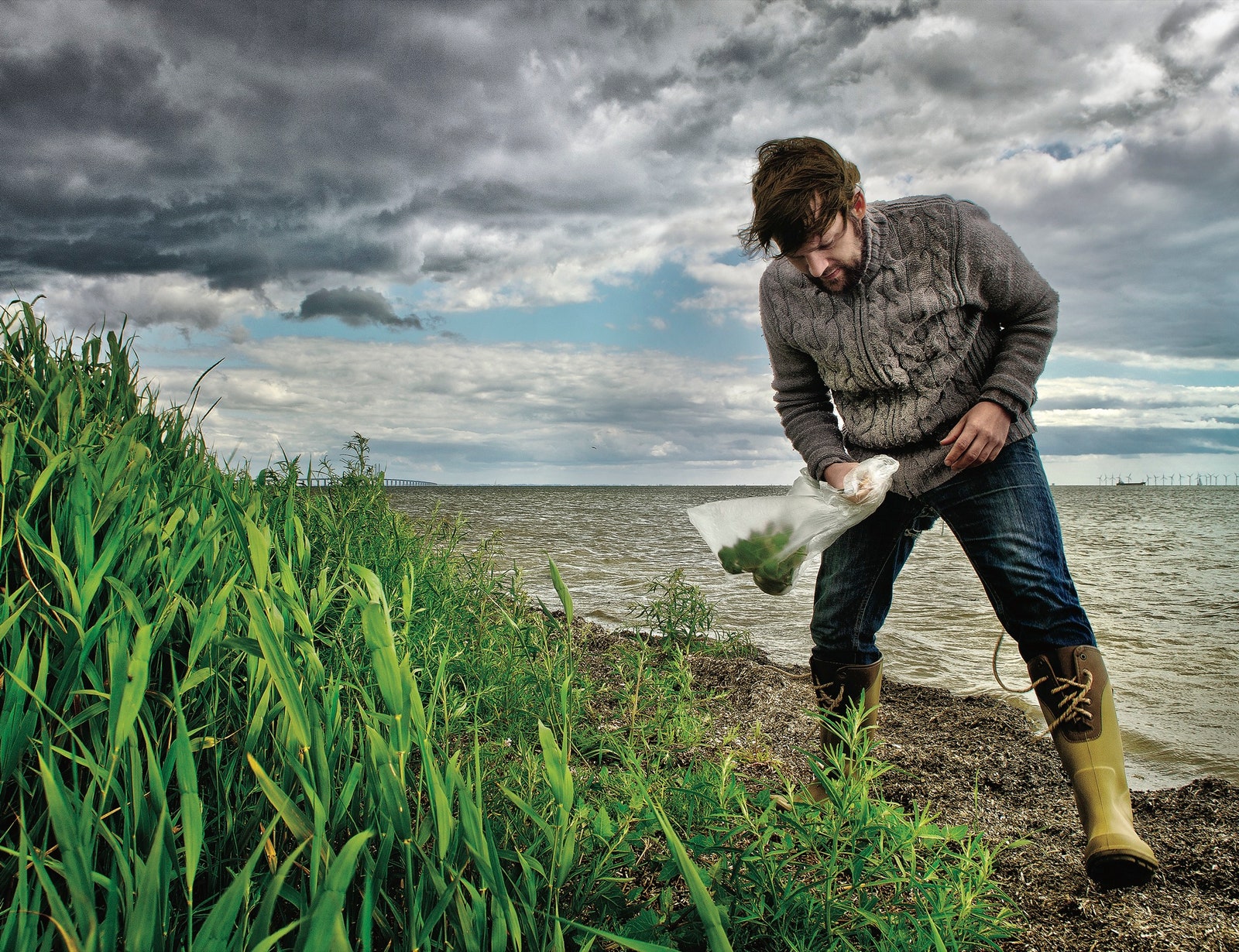 René Redzepi, chef and owner of the world-famous Noma Restaurant, collects ingredients for his dishes on Dragor beach near Copenhagen.

Gathering on the one hand, and the paleo diet on the other, are the biggest signs that history (the desire to return to the pure past?) and nature (the longing for a natural life?) are, at different levels and in different tones, the fundamental concepts that determine the current trends in today's food and beverage world. Here, too, the familiar, oft-repeated questions immediately come to mind, ranging from the most naive to the most political: Are we healthier today than in the past? Are we better nourished? What has civilization brought and taken away from human life? Does a long life necessarily mean a happy life? How did people come to live in crowded communities? What was the role of agriculture, the role of economy, the role of the state in this process? Why do states exist, are they really necessary? Do they really make our lives easier? 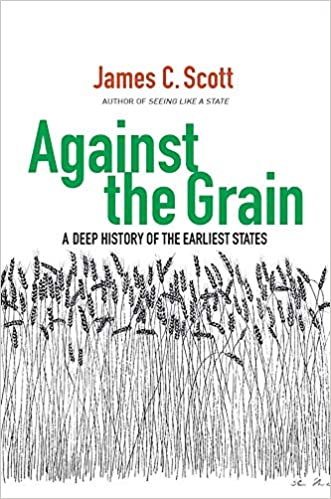 At the center of today's post is a book that has the potential to change the way we look at these and many other questions about our lives and the social institutions that regulate them: James Scott's latest book Against the Grain: A Deep History of the Earliest States (2017, Yale University Press). Much of the empirical material for this book comes from recent research on the history and archaeology (from 6500 BC to 1600 BC) of Mesopotamia (especially the part south of today's Basra), which is partly located in Turkey and whose fertile lands around the Tigris and Euphrates were home to the first human societies in world history. James Scott, previously known for his work at the intersection of political science and historical anthropology, continues the long-term historical and archaeological critique he began in his previous book, The Art of Not Being Governed: An Anarchist History of Upland Southeast Asia. 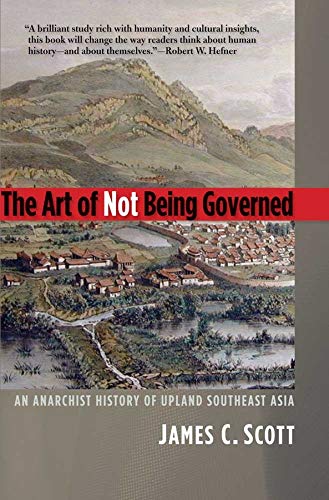 This critique is centralized around the linear developmentalist historical narrative that focuses on agriculture and civilization. This grand narrative has been taught in schools all over the world for more than a century, and its assumptions underpin dominant discourses on the course of history and future of the world, both in politics and in everyday life.

The grand narrative, which centers on the idea of linear development (progress) that Scott criticizes and finds wrong in many respects, is this: Human societies were first hunter-gatherers and nomadic. Over time they domesticated plants and animals and thus moved from nomadic to sedentary life. This also meant that agriculture (and the accompanying irrigation) emerged and became the main economic activity. This led to the division of labor, specialization, and stratification. Increasing material prosperity led to the formation of cities and migration to them. In this process of civilization, states emerged, and their decline or collapse often meant disorder, war, and loss of prosperity.

In his book, Scott quite convincingly falsifies all the defining elements of this grand narrative one by one: One, examples of sedentism begin to appear long before the domestication of plants and animals. In other words, hunting-gathering and settlement can co-exist. Two, agricultural villages emerge about 4,000 years after both domestication and settlement. Three, contrary to popular belief, towns and settled life do not emerge with the expansion of states and irrigation, but primarily around wetlands. Four, states (3100 BC) are established as small, walled, tax-collecting centers where political power is concentrated much later than the emergence of agriculture on fixed land (9000 BC). In other words, states do not emerge as a natural consequence of agriculture and settlement, as institutions that would most efficiently ensure political order. Five, moreover, states and the civilizations they spearhead are not, as one might think, centers of attraction for people because they offer better life opportunities. On the contrary, states usually create the population that will be subject to them by force, by capture. And even for the "barbarians" who refused to be civilized, who refused to be subordinated to states, life was probably much easier, freer and healthier (compared to those outside the state elite).

This entire process of historical deconstruction, of course, led Scott to question the material and spiritual benefits of agriculture for humans. One of Scott's main arguments in the book is that, at least at the very beginning, sedentary cultivation and animal breeding activities were not a great step forward in human welfare, happiness and nutrition. According to Scott, perhaps for this reason, it was not easy for people to give up their nomadic, mobile way of life of hunting and gathering and to settle down under one roof on some land, and they often resisted this process. Permanently living in one place often meant being more susceptible to diseases and serving the state (drudgery, taxes, etc.). Therefore, the transition from land or sea gathering, shepherding, hunting, or even more mobile cultivation activities such as slash-and-burn agriculture, to settled agriculture was a long, back-and-forth, and very challenging process. The Art of Not Being Governed, which he wrote before Against the Grain, focuses on a historical example of how this process is still not entirely in favor of the state, "civilization" and settled agriculture even today. He describes the centuries-long struggle of indigenous communities (i.e. "barbarians") in the high-altitude Zomia region of Southeast Asia, which includes Vietnam, Cambodia, Laos, Thailand, Myanmar and some provinces of China, to avoid state control, which would mean conscription, taxation and drudgery. An important part of these struggles is the maintenance of mobile subsistence activities outside of settled agriculture.

Against the Grain is a great title in both senses, pointing to the essence of the book. "Going against the grain" means questioning and rejecting what is considered normal and correct. Therefore, what we have discussed so far is related to the first motive behind this title. One of Scott's main arguments in his book is that grain agriculture developed together with the state.

Historically, classical states can only exist with grain agriculture. Or the state likes plain lands rather than mountains, forests, wetlands and swamps. In communities where root crops or legumes are at the center of the economy, diet, and livelihood, the state as a central authority cannot gain power. For example, unlike wheat, maize or rice, potatoes, cassava or lentils are not easy for the state official to measure, easily tracked by the tax system, or easily stored after transportation. On the contrary, because they grow underground, because their harvest time cannot be tracked with temporal regularity, because they are "scattered", they can be more easily hidden (i.e. more easily evaded taxation) by the growers...

Therefore, going "against the grain" also means opposing the "state" and the state's efforts to make people legible (legibility), appropriation, and control of their vital activities. A comprehensive discussion of the conceptual and empirical framework underpinning this argument can be found in James C. Scott's early work Seeing Like a State (1999, Yale University Press). 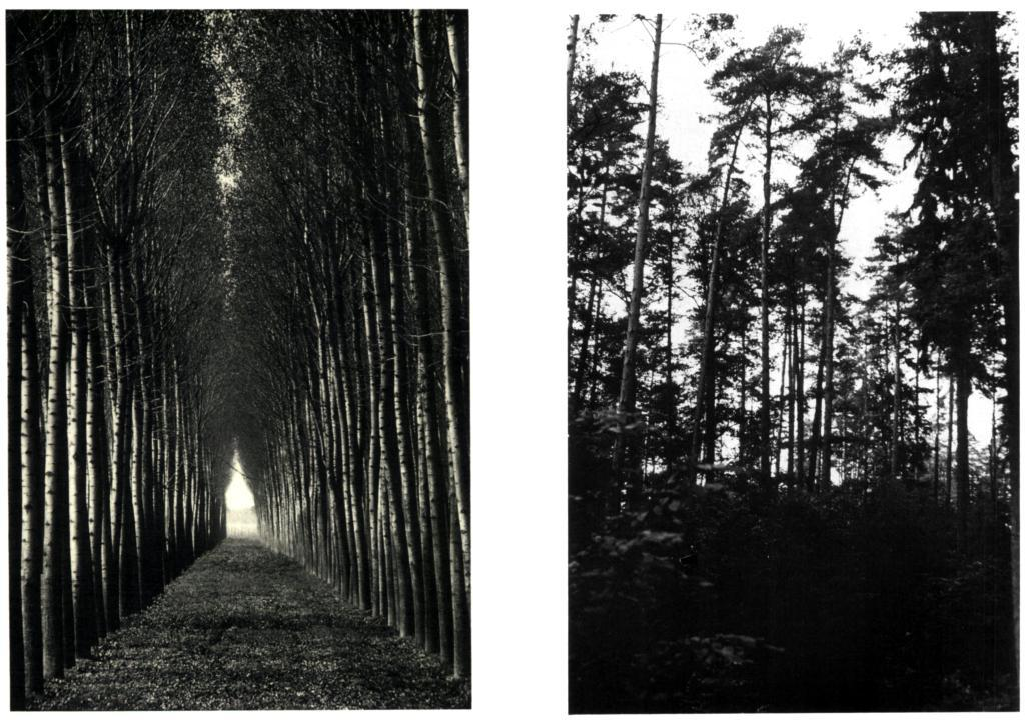 A photo of a natural forest with a state-owned forest.

Against the Grain is not just a book about recent archaeology and historiography. Scott has also reviewed relevant studies in fields such as environment, geography, demography, biology, epidemiology and osteology, which have proliferated and diversified over the last few decades. Scott's reading of these studies gives us the following general picture: human societies with dynamic life practices, especially hunting-gathering, have not lived bad lives. They consumed different foods within the diversity provided to them by their environment, and managed to be energetic and healthy thanks to their mobile lifestyles. Because they lived in smaller communities, they were also able to avoid epidemics. Of course, the fact that they were not intertwined with animals before domestication also contributed to this process.

With agriculture came more monotonous and less nutritious diets centered around grains and animal products. After animals took over more of the gathering (it is not wrong to say that chickens, sheep and cows took over the gathering for us!), people's lives became less active, and the frequency and spread of diseases increased with the increase in trade and the close relationship with animals. According to Scott, all this explains the gap of at least 4000 years between the domestication of plants and animals and the emergence of the first states. In other words, for a very long time before people had to transition to more crowded and settled lives under the discipline of centralized authority, they had been engaged in different kinds of living/productive activities (gathering, hunting, small-scale domestication, sowing and reaping, etc.).

Yes, it is impossible not to see that after thousands of years, the ineptitude of human beings has grown exponentially. As such, the longing and interest for skills and handicrafts are increasing, as it has been in recent years. On the other hand, of course, there are the disasters that the Anthropocene era has unleashed on us all over the world. This is fueling the desire to return to nature today. Against the Grain opens a window through which we can approach issues such as naturalism and our renewed interest in crafts. It makes the activities of gathering and hunting visible, which have actually been widespread until today. In other words, it points out that we should see many cultural and political practices, from the herb gathering not only by René Redzepi but also by women to the opposition of the villagers in Ceylanpınar against the state's land ownership of their pastures, as a historical and enduring trajectory.

Against the Grain should not be read as a proposal to start a new life of hunter-gathering on the edge of the forest. The complex, interdependent and crowded world we live in is not one that makes such returns possible for the masses. But on the other hand, this reading is essential to undermine the linear narrative of progress that states use to legitimize themselves and cover their violence, and to imagine lives that are perhaps more "barbaric" but much more fair and healthy.

One last note: If you want to listen to a good talk by James C. Scott that is partly related to Against the Grain, you can click on the link.

The title of the talk is quite revealing in itself: "How grains domesticated us." Scott gave this talk as the 2014 Honorary Lecturer of the Centre for Food Studies at the School of African and Oriental Studies, University of London. This program is one of the best food/meal studies centers in Europe.

You can forward this publication to your circle, tell them to subscribe for free at apos.to/n/zappa-times. You can contact me at [email protected], share your thoughts and reading, listening suggestions with me. 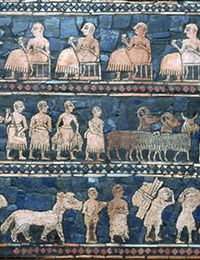 “So many books so little time...” Inspired by Frank Zappa, Zappa Times writes about literature, nature, food, and economics.