The thorn-filled road of opposition: Opposition in the State of Emergency

Only an opposition that takes into account the objections and demands of the society and shouts out bravely can create a new Turkey.

The thorn-filled road of the opposition: Opposition in the State of Emergency

Following the July 15 coup attempt, a state of emergency (SoE) was declared across Turkey on July 20, which was extended seven times until July 19, 2018. Although the main goal of this move was to fight terrorist organisations, especially FETÖ, Turkish politics was redesigned under the State of Emergency, and even today there is an opposition that struggles within the political boundaries drawn at the time.

At the beginning of 2016, the state of emergency designed a new political arena that silenced all social opposition, made the national security and survival discourse the reference point of politics, atomised and pacified civil society, forced citizens to adopt only the political ideology of the government instead of depoliticising them, and confined opposition parties within these boundaries. Although the state of emergency officially ended in 2018, the public sphere, which was first subjugated and then redesigned to ensure the continued rule of the AKP and President Erdoğan, still determines the possibilities and limits of the politics today.

The political arena, imprisoned in the discourse of national security and survival, does not give space to any political party, civil society organization, or idea that does not serve the political benefitss of the government, and even classifies them as terrorists, as a threat to national security. Since President Erdoğan is the sole authority to decide how to ensure national security and protect the nation's survival in the new political arena under the domination of the state of emergency, he also decides which idea is reasonable or which politician is a terrorist. The threat (!) to the regime can be quickly eliminated through the security-judiciary mechanism by removing it from politics and civilian life.

The thorn-filled path of the opposition

Since the sole guardian of national security is President Erdoğan and the AKP regime, the ruling party and the state apparatus are identified with each other, converting Turkey into a party state. While this political order creates an unlimited political advantage for the ruling party and a frightening state power to eliminate its rivals, it also creates an impossible and thorn-filled path for the opposition. Every step taken, every policy implemented and every mistake made by the ruling party is legitimised under the title of national security and survival, while corruption cases, wrong policies, or political scandals brought up by the opposition can be branded as treason and pushed out of legitimate (!) politics.

The political arena, whose borders are determined in accordance with the benefits of the governing party, has a great impact on opposition parties, especially the six-party table, being incapable of voicing the problems of the society, producing a new and solution-oriented discourse, and the ongoing state of emergency politics with a great loss of momentum in recent months, despite the severe economic crisis of today and the AKP-MHP government which has long outlived its political life. So, in an atmosphere where politics is highly quenched and all opposition voices are shackled, should we see the frustration, ineffectiveness, and incompetence of the opposition parties as reasonable?

The claim to build a democratic regime

Established with the ambitious goal of not only winning the 2023 elections, but also rebuilding the democratic regime in Turkey, the sextet set out on this journey knowing the extremely narrow boundaries of politics and the high cost of opposition. Although the economic crisis, which began to intensify in October 2021, and the mental fatigue of the AKP government gave the opposition a great momentum in a short period, they did not attempt to transform the political arena and expand the boundaries of politics in this process.

Today, we see an opposition that wasted the advantage that the economic crisis created for the opposition and returned to where it started as a result of President Erdoğan's moves, like a prodigal who spent their inheritance in a short period. The picture that has emerged in a short period shows that the opposition can neither build a democratic regime nor win the 2023 elections without expanding the boundaries of politics and raising issues banned by the government.

CHP leader Kemal Kılıçdaroğlu's political moves, which have been heavily debated in recent months, have clearly shown us the cost of practicing politics in the narrow space defined by the government. Kılıçdaroğlu's visit to the United States while the disinformation law was being debated in the Turkish Grand National Assembly and his proposal to legalise the headscarf are concrete examples of how opposition politics cannot succeed without expanding its boundaries.

In Turkey, which currently ranks 149th out of 180 countries in the World Press Freedom Index and is one of the countries with the highest number of imprisoned journalists in the world, social media has created an enormous advantage for opposition parties to make their voices heard, and it has become one of the latest targets of the government. The ruling party, which has taken politics under its sway with the ‘disinformation law’ passed by the Turkish Grand National Assembly, is also trying to take information and truth under its sway.

This law, under which every news and opinion that is not in the interest of the government can be characterised as disinformation and opposing voices can be suppressed, further narrows the already narrow space for opposition under the state of emergency politics and brings it almost to the point of extinction. While the CHP, as the main opposition party and the biggest cooperator in the six-party table of candidates to govern the country, was expected to resist the passage of this law with all its might, the CHP leader went on a visit to the US, which was widely debated both for its content and timing. He responded to the criticism with the following words:

‘There are those who say, 'Why did you go when the censorship law was being voted? Criticism and critics have always been above my head. But I thought about it before these votes. Either we would go to the Parliament and fight as usual, but the palace would pass the law with the numerical majority it has. In other words, this process would be completed without saying anything new to the youth. Or I was going to make young people see that a new Turkey is possible. I chose this path.’

With such a statement, Kemal Kılıçdaroğlu, in a way, accepts that the limits of the opposition are set by the government and that it is not possible to resist it. How can it be acceptable that a person who claims to be the leader of the opposition and to lead the country after the 2023 elections cannot overcome the limits dictated by the government and fight for his voters? Does an opposition that accepts defeat from the beginning when it is expected to resist the disinformation law together with all opposition parties have the resilience to rebuild the democratic regime?

What kind of opposition can create a new Turkey?

Kılıçdaroğlu's proposal to ‘legalise the headscarf’ is the clearest example of the AKP's inability to oppose in a field that it sees as one of the most outstanding achievements of its 20-year rule and whose boundaries are completely determined by itself. Kılıçdaroğlu's call was immediately responded to by President Erdoğan and the ruling party, which came up with a referendum proposal.

This bill was not only about the headscarf, but also about the protection of the family structure and LGBTQIA+ rights, creating a powerful weapon for the ruling party to use identity politics to the fullest. The recent leak of backstage information that the referendum would be held on the same day as the 2023 elections showed the limits of Kılıçdaroğlu's opposition strategy. Erdoğan, who aims at carrying identity politics, one of the key points of social polarisation, to the referendum on the day of the elections, is devising an electoral strategy in which he can win the votes of undecided conservatives by attracting undecided voters and those who do not plan to go to the polls.

CHP leader Kemal Kılıçdaroğlu's opposition strategy, which started with the halalisation discourse and continued with the headscarf proposal, showed that the opposition cannot succeed without going beyond a political arena whose boundaries are drawn by the ruling party. Although the cost of opposition in Turkey under the state of emergency, which has officially ended but continues de facto, is increasing, neither winning the 2023 elections nor rebuilding the democratic regime is possible by struggling in a political arena confined to national security and identity politics.

Only an opposition that refuses to dissent to the extent allowed by the government, that takes into account the attacks on citizens' lifestyles, the violence and bullying that have made this country unlivable for many, the economic crisis whose impact is increasing day by day, and the demand for a democratic transformation, and shouts out boldly for it, can create a new Turkey. 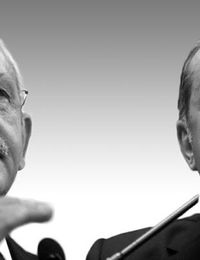