The Unbearable Lightness of Being Middle Class

The happiness industry and our lives

The title of this article could have easily been "Can you paint the picture of happiness for me, Wellbutrin?" (For those who don't know yet: "Wellbutrin" is a drug used to treat certain symptoms of depression.) But I didn't want to rely on Nazım Hikmet again, and Milan Kundera didn't seem like a bad alternative this week. I was still at university when The Unbearable Lightness of Being (1984) came to the bookstores in Turkey. I remember that I found the book too "bourgeois" and refused to read it because I was very leftist at the time. When I read it later, I was quite impressed. Those years, of course, I was as surprised as everyone else. The "iron curtain" was coming down piece by piece in Czechoslovakia and Poland. So much so that when the Soviet Union, accompanied by the concepts of Glastnost and Perestroika, which Gorbachev taught the whole world, flipped the switch in 1989, not only the iron curtain but also an era in the world was coming down. In those years, Francis Fukuyama, with his book The End of History and the Last Man, heralded that Western liberal democracy had become the political norm all over the world.

Especially when we look at the developments in recent years that make the hairs on the back of the neck stand with fear, anxiety and sadness of anyone with a modicum of conscience and reason, we can discuss how politically liberal this world is. But the fact that the dominance of liberalism in the economic sphere and the discursive/ideological hegemony of liberalism has come to this day without being shaken is pretty much undebatable. Even though the 2008 Crisis and most recently COVID have beaten people into seeing that it can't go on like this for much longer, thanks to this hegemony, people almost everywhere in the world have learned to be individuals, to think individualistically.

Almost all of us have internalized being an individual by printing our names on coffee cups, or by eating chocolates and biscuits that express our emotions, and we have embedded it into the values of our daily lives, especially through consumption practices.

In the post-1980s, when neo-liberal capitalism became unrivaled, the world has become a place of “every man for himself,” where the ones at the bottom can’t raise their voices even when they are suffering. And how do we know this? The number of impoverished people has steadily increased, and inequality has multiplied. At the same time, social protection networks have been pierced more and more; the public space that would pave the way for the pluralization of demands for rights into collective actions, and the transformation of grievances into political demand has become smaller and smaller.

It has become increasingly difficult to be happy in such a world. Perhaps this is precisely why happiness is no longer just a personal matter, it has moved out of the private sphere and has become an area that needs to be researched, studied, and regulated through interventions. Under the umbrella of what Wiliam Davies calls the "happiness industry", economists, psychologists, doctors, neuro-scientists, market researchers, and publishers have been working hard to access and disseminate the knowledge of happiness. Not to be misunderstood when I say dissemination, I mean "for a price" of course ... A psycho-therapy session, a workshop on "well-being", a pill for depression, an anti-anxiety medication, or a strategy book on the path to happiness all have a price tag. Everything from watching television shows that seem to be free of charge and "make dreams come true and make people shed tears of happiness" to our posts on Facebook has turned into an economic input in the economy where emotions are bought, sold, and measured through ratings and likes, even if they are not directly monetized.

William Davies's book The Happiness Industry (2018, Sel Publishing) provides a gripping account of the main building blocks of this economy, especially large corporations and states, its historical development with a focus on the transformation of the concept of happiness, and its manifestations in everyday life in many different ways over the last 20-30 years. From the prevalence of studies on happiness in behavioral economics to the indices developed by international organizations such as the OECD to measure wellbeing, the book provides an engaging discussion of the prevalence of the pursuit of happiness today. As a result, as the wheels of the happiness industry efficiently turn, achievements, responsibilities, and freedoms are defined on an individual scale, while the social processes behind them are increasingly invisible.

In such a world, it is no wonder that self-help books have been bestsellers for years. It is hard to know what and how much people learn from these books. But what is certain is that people have a great appetite for books that teach them the secrets of a good and happy life. Bookstore chains (nowadays the book market is largely dominated by chains and online sales) have much wider shelves for such books now than ever before. From "the rules of lasting love" to "learning in infancy", from "preparing for an exam with your family" to "feeling like yourself", from "minds that talk to the body" to "nonviolent communication", many aspects of daily life and human relations are the subjects of these books. On the other hand, if we take into account the different categories of books that guide, advise, and help people organize their lives under different headings such as business and management, health and food, we can easily say that the concern for personal development covers every aspect of life.

It can be said that there have always been people in a corner of some newspapers and magazines who answered readers' questions on different topics, especially intimate matters, and provided guidance. Yes, but the general visibility of such "columns" was limited, and although they seemed to address the individual, they were much more "social" in terms of both function and content. They were not yet specialized through books or advice platforms on the web, they did not seem to be written "for you personally". There were answers to problems that anyone could face, that everyone could understand and agree on. Moreover, things were not yet professionalized. In other words, the columnist was a journalist, not an expert on the subjects they wrote about. Like all areas of consumption, the consumption of happiness has not only expanded, but has also become more effective and complex. It has become a field that reflects social inequalities on the one hand and constructs them on the other.

Today, not everyone is equal in terms of consuming enough to be happy, to benefit from the products of the happiness industry, and ultimately to feel good. While a smaller minority has the financial means to become "clients", a larger majority is content with being "spectators". While the lucky individuals of the middle class run from one appointment to another with their doulas, life coaches and "mindfulness" instructors in order to feel lighter, gain self-confidence and achieve success, the poorer ones are left to survive on city buses, in overcrowded hospitals, in jobs that are here today and gone tomorrow, trying to find ways to survive one way or another, and raise their children. Who is happier?

Unfortunately, the ways to be happy are lost for everyone in a life where happiness is talked about so much. While one side of the world is on fire, the other side is never able to enjoy life in their own homes as they wish. Wherever you go, the city follows you with its racism, xenophobia, homophobia, sexism, class hatred, and the violence that is created by all of these. Where there is violence, there is anxiety, fear, and uncertainty, but happiness, even in the best of situations, is always an "as if.” It is time to read C. P. CAVAFY and his poem "The City"…

find another city better than this one.

Whatever I try to do is fated to turn out wrong

How long can I let my mind moulder in this place?

Wherever I turn, wherever I look,

I see the black ruins of my life, here,

where I’ve spent so many years, wasted them, destroyed them totally."

This city will always pursue you.

in the same neighborhoods, turn gray in these same houses.

You’ll always end up in this city. Don’t hope for things elsewhere:

Now that you’ve wasted your life here, in this small corner,

you’ve destroyed it everywhere in the world.

Let's imagine for a moment that the following scenario is real: You enter a bookstore and the first books that greet you are not books on how to raise your child as a leader, the 10 golden rules of competition, or the story of who knows who that will be an example/inspiration for everyone. Rather, books such as the virtues of solidarity, forty-one ways of collective work, and how we can multiply our commonalities are placed right at the entrance. In a huge section, books on social welfare and collective well-being, suggesting strategies and tactics to achieve this are displayed. So many books have been written on cooperatives, trade unions, and NGOs that more shelves were needed... Wouldn't the world we live in be a very different place? One, because it already would be a different place. Two, the world would continue to be a different place because more books like this would be written and read. If half of the time and energy spent on writing and reading books on how to be happier were devoted to answering the question "how can we make this world better together", we would probably be less tired and happier. 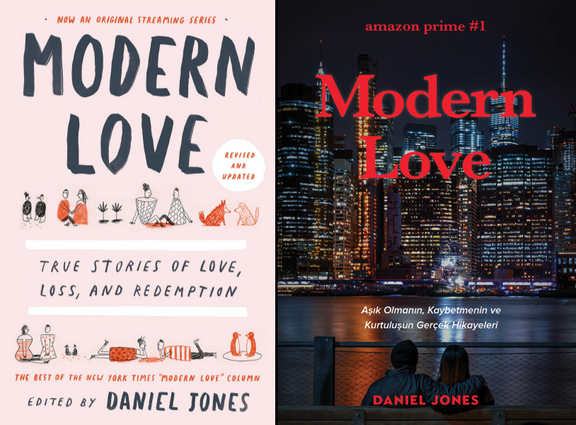 If you want to hear first-hand how real people experience many emotions, including surprise, disappointment, loss and happiness, in real relationships and love and affairs, I have an exciting podcast recommendation for you: "Modern Love". This podcast is like the audio version of a huge industry on its own. A popular column in the New York Times for 15 years, Daniel Jones has been editing the series, and two years ago Amazon Video made a series. There is also a book version of Modern Love published in 2019.

That's it for this week. The cover image, "Değirmendere, 1999" belongs to my dear friend Özge Açıkkol. I would like to thank her again for sharing her photo with me. Now for my usual reminders: You can forward this publication to your circle, tell them to sign up for free at apos.to/n/zappa-times. You can contact me at [email protected], share your thoughts and reading, listening suggestions with me.

I wish everyone a wonderful, healthy week.

The End of History and the Last Man 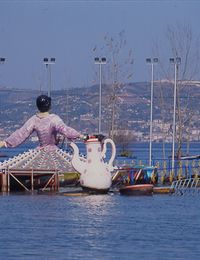 The Unbearable Lightness of Being Middle Class

“So many books so little time...” Inspired by Frank Zappa, Zappa Times writes about literature, nature, food, and economics.