Things Can Only Get Better for the UK

LONDON – A friend recently forwarded me an email from a client who was bemoaning the state of the United Kingdom and questioning whether it still met the standards of a G7 country. In response, I joked that since the population chose to leave the European Union, the country has been in the dismal position his client described, but maybe it cannot get much worse from here. A contrarian might want to buy the pound on the grounds that the mood will improve as things become marginally less disappointing.

In fact, gallows humor aside, it would be a risky bet, because there is ample evidence to suggest that the country will be very challenged unless there are bolder policies. The reasons fall into three broad, interrelated categories, starting with Brexit.

Britain has been paralyzed in many ways both by the decision to leave the EU and by the way it was done. Mainstream politicians and the current government are too scared to admit that Brexit has significantly harmed the economy. Nor will they even discuss the possibility of mimicking membership in the EU’s single market through the alignment of regulatory and trade policies.

As a tactical matter, the current government’s reluctance is vaguely understandable, given current opinion polls and persistent pressure from avid Brexiteers like Nigel Farage. But Labour, too, has remained relatively quiet. Although Labour leader Keir Starmer was one of the most articulate advocates of remaining in the EU, the party seems not to want to re-litigate the issue now that it is already ahead in the polls.

Is this wise? All those cutting-edge analysts who presciently warned that disgruntled voters would be pleased if the UK left the EU are now pointing to signs that some of the same voters regret the decision, or at least the way it was carried out. There is certainly little doubt that Brexit has indeed been bad for the economy. Standard economic indicators – real (inflation-adjusted) GDP growth, investment levels, the size of the labor force – all show that the UK has underperformed relative to its peers in recent years.

Before the 2016 Brexit referendum, I could see why many might have wanted to leave the EU, even if it would almost certainly be an initial negative for the economy. I didn’t believe that the EU was the single most important issue facing the country. I was more worried about the UK’s dreadful productivity performance and staggering regional inequalities. Though I favored Remain, I was at least open to the idea that leaving the EU would provide the political shock necessary to tackle these problems.

But while four subsequent prime ministers have claimed that they would address the country’s investment and productivity challenges, none has done so, either because they didn’t survive in power long enough or because they were never sincerely committed in the first place.

That brings us to the UK’s second big problem: our investment performance remains dreadful relative to most of our peers, and it is hard to see how productivity will improve in the absence of a major change. The Brexit-induced shock to both trade and the labor supply has made the creation of a new investment program even more urgent.

In 2022, Liz Truss’s short-lived government claimed it would boost productivity through old-fashioned tax cuts, but we know how that turned out. Now, her replacement, Rishi Sunak, has been concentrating on fiscal responsibility while paying little attention to the still-urgent need to boost investment spending. While his government has restored some confidence in financial markets, it has not offered any new hope for the economy. Worse, it could be two years before the next election.

In the UK and across other advanced economies, there is a clear case to be made for much bolder policies to force the private sector to boost investment spending. The case for bolder public investment spending is even stronger. As long as such a program is well articulated, transparent, and endorsed by non-partisan organizations (such as the UK’s Office for Budget Responsibility and the National Infrastructure Commission), financial markets will respond positively.

The third big problem is regional inequality. Here, there is still hope for building a broad-based consensus around bold solutions. Notwithstanding the ongoing factional political battles, the current government seems to recognize that it must get serious about devolving more economic policymaking authority and stimulating investment in the country’s less prosperous areas. Moreover, though Labour largely ignored the problem of inter-regional inequality for many years (ever since the days when I chaired the Cities Growth Commission in 2013-14), the party has finally woken up.

“Leveling up” the UK’s underperforming regions still holds massive promise. As we showed in the David Cameron government’s Northern Powerhouse plan, the UK is well positioned to capitalize on its excellent universities, alternative energies, and other reliable sources of innovation and growth.

The UK economy desperately needs new, forward-looking leadership. The political party that takes the leveling-up challenge most seriously could enjoy a long stint in office.

Jim O’Neill, a former chairman of Goldman Sachs Asset Management and a former UK treasury minister, is a member of the Pan-European Commission on Health and Sustainable Development. 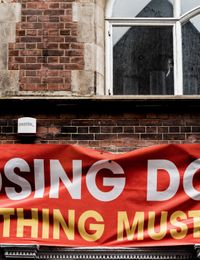 Things Can Only Get Better for the UK