While the bureaucratic and financial restructuring of the defence industry during the AK Party era paved the way for the development of the sector, it also created a new structure in which both decision-making mechanisms and financial resources were concentrated under the President. 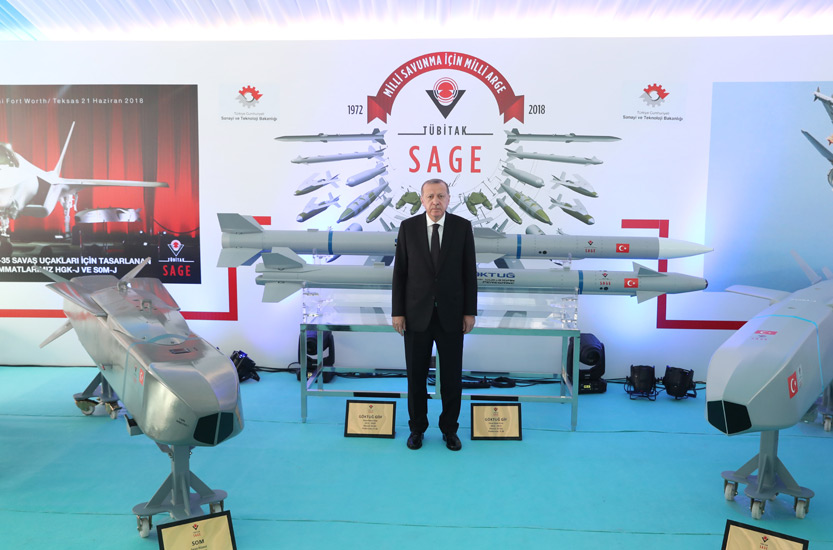 In an interview in August, Selçuk Bayraktar, Chairman of the Board of Directors of BAYKAR and President Erdoğan's son-in-law, said that a possible change of government in the 2023 elections could have a negative impact on the gains made in the defence industry. Bayraktar answered the question ‘If the government changes, do you have any concerns about projects being blocked (referring to the defence industry)?’ as follows:

‘If there is a loosening of the current political power regarding these projects, there is a serious risk of disruption and the risk of losing its leadership in the world, but the slightest looseness, change or actions with different agendas are enough to destroy these projects.’

The changes and developments in Turkey's defence industry in the last decade are seen by almost all electoral groups and political parties as an important achievement, a necessity and a matter of national pride for Turkey to become a fully independent country. Every project, every new weapon introduced or every foreign policy achievement is accepted, embraced, and appreciated by a large segment of society without questioning. In the academic literature, studies on Turkey's defence industry generally focus on its impact on foreign policy, changing geopolitical balances, or its contribution to technological progress. On the other hand, the relationship between the development of the defence industry in Turkey and domestic politics is generally not examined at all. In this Spektrum report, I will examine the relationship between the changes and restructuring of the Turkish defence industry in the last 20 years and the authoritarian regime created by the AK Party.

Civil-Military Relations and the Transformation of the Defence Industry

In order to understand the transformation of the defence industry in Turkey, it is necessary to examine this process in parallel with the radical change in the civil-military relationship. Coming to power in 2002, one of the biggest promises of the AK Party was to end the military's influence on politics and end military tutelage in Turkey, which has experienced two military coups (1960 and1980), two military memorandums (1997 and 2007) and one failed coup attempt (2016). One of the most important issues that earned the AK Party the support of large segments of society during its first term (2002-2007) was its promise to fully democratise the system by ‘demilitarising politics’. With the support and influence of European Union (EU) accession negotiations and reform packages, a series of official regulations and legislative changes have been introduced to break the political and military power of the military.

In 2003, as part of the ‘7th EU Harmonisation Package’, the structure, duties and functions of the National Security Council (Millî Güvenlik Kurulu) were changed. The binding nature of National Security Council decisions was removed and replaced with the word ‘recommendation’. This regulation can be characterised as the first important step towards breaking the military's influence on politics. Controlling the economic resources of the Turkish Armed Forces (TAF) was also important in terms of reducing the power of the military. In this sense, the TAF’s expenditures and budget were made subject to parliamentary scrutiny. Later, the TAF's internal service law, known as the ‘Article 35’, was amended to shift the scope of the army's mission away from internal threats and towards external threats only. In 2007, the Ergenekon and in 2010 the Balyoz trials led to the dismissal and imprisonment of Kemalist officers in the TAF, leading to a restructuring of the TAF's upper echelon and a significant damage to the military's reputation in the eyes of the public. In parallel to the TAF, the strengthening of the Security Police and the National Intelligence Organisation and their direct subordination to then Prime Minister Erdoğan significantly increased the power of the government over the TAF.

The bureaucratic transformation in the defence industry has also had a major impact on the restructuring of civil-military relations through reforms, legislative amendments and constitutional amendments during the AK Party era. So, how was the defence industry structured during the AK Party era? What is the impact of this transformation on civil-military relations?

Until 2014, the UDI, which was dominated by the military bureaucracy in important decision-making mechanisms, has been undergoing various changes by the government in order to both control financial resources and ensure bureaucratic control. With the 2011 amendment, the purpose of the UDI was changed from ‘meeting the needs of the Turkish Armed Forces’ to ‘meeting the needs of the army, the National Intelligence Organisation, and the General Directorate of Security’. This regulation is an important step towards breaking the military's control over the defence industry. In 2018, with the transition to the Presidential System, the defence industry, like the entire bureaucratic structure, was completely under the control of the President. In the old structure, the quota allocated to the commanders-in-chief of armed forces in the board of directors was abolished and replaced by ministers appointed by the President. The only soldier in the decision-making mechanism of the defence industry was the Chief of Defence, but his subordination to the Ministry of National Defence ensured that the military's control was completely taken away. 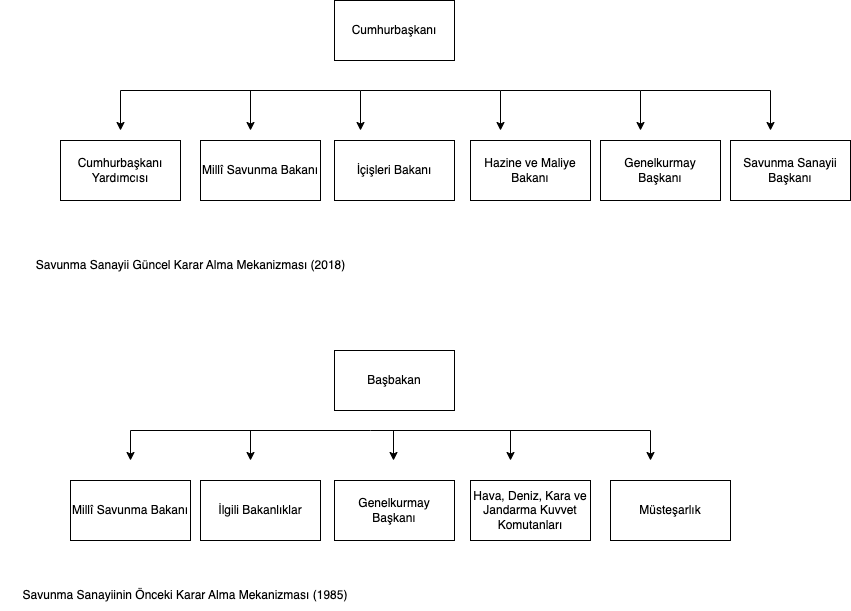 As can be seen in the diagram, the restructuring of the defence industry has created a new bureaucratic system, in which all decision-making mechanisms have been placed under the control of the President, in parallel with the loss of control of the Turkish Armed Forces. This transformation is in line with the centralisation strategy in the process of establishing and strengthening the authoritarian regime in Turkey. Rather than giving way to a more democratic system, the removal of military tutelage has created a new authoritarian regime, in which the President has full bureaucratic and financial control.

As can be seen from the examples above, the restructuring of the defence industry during the AK Party era has, on the one hand, broken the bureaucratic and financial power of the Turkish Armed Forces, and on the other hand, created a new system in which decision-making mechanisms and financial resources are directly linked to the President of the Republic, all power is concentrated in the hands of President Erdoğan, and names close to the government are appointed in major defence industry companies, turning them into a political rent mechanism.

In addition to the bureaucratic centralisation in the defence industry during the AK Party era, the political economy of the new system is also crucial for analysing the authoritarian regime in Turkey. First of all, the development in the defence industry paved the way for a significant increase in the sector's total turnover and export volume. 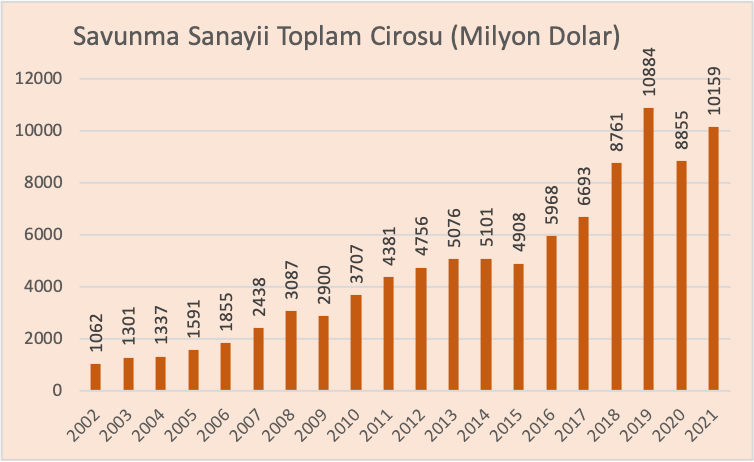 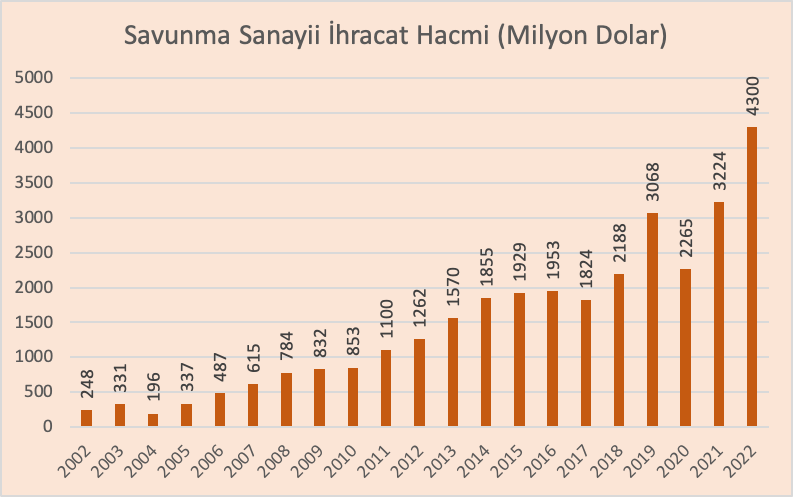 This expansion has led to increased interest in the sector from both large and small companies in the market. According to SASAD (Defence and Aerospace Industry Manufacturers Association) data, while the number of companies operating in the defence industry was 56 in 2002, this number exceeded 2,000 by the end of 2022. With the Turkish economy facing a structural crisis, stagnation in the construction sector, and falling dividends, the defence industry is producing a new alternative to the crisis of capital accumulation with high profits and state incentives.

In this sense, the increasing number of companies operating in the sector and the government's continuous encouragement of companies to enter this field both create a new market for the coalition of companies that are already close to the government, while offering SMEs a profitable alternative. The strategy of articulating SMEs in the defence industry by establishing Organised Industrial Zones (OIZs) in Anatolian cities such as Ankara, Kırıkkale, Konya, Elazığ, and Sivas with state incentives generates new income mechanisms for medium-sized enterprises, which are a large part of the AK Party's voter base. In addition, the establishment of ‘Defence Industry Sector Assemblies’ within business organisations close to the government, such as TOBB and MÜSİAD, is an indication of the willingness of SMEs to enter this market. At a time when we have reached the end of the construction-based growth model, Turkey's businesspeople's continued support for the authoritarian regime is driven by the creation of new markets and sources of income, which I have tried to explain in the defence industry.

Another important reason why the defence industry is so dependent on the government is the financing model of the sector. The Defence Industry Support Fund (DISF) is at the heart of defence industry financing. During the bureaucratic transformation process in 2018, this fund was placed under the control of the President through the Presidency of Defence Industries (PDI). Therefore, the President is in control of which companies or projects the funds will be allocated to. The graph below shows the extraordinary increase in the DISF budget since the transition to the Presidential Government System in 2018. By 2023, the size of the fund is projected to reach 76 billion liras. 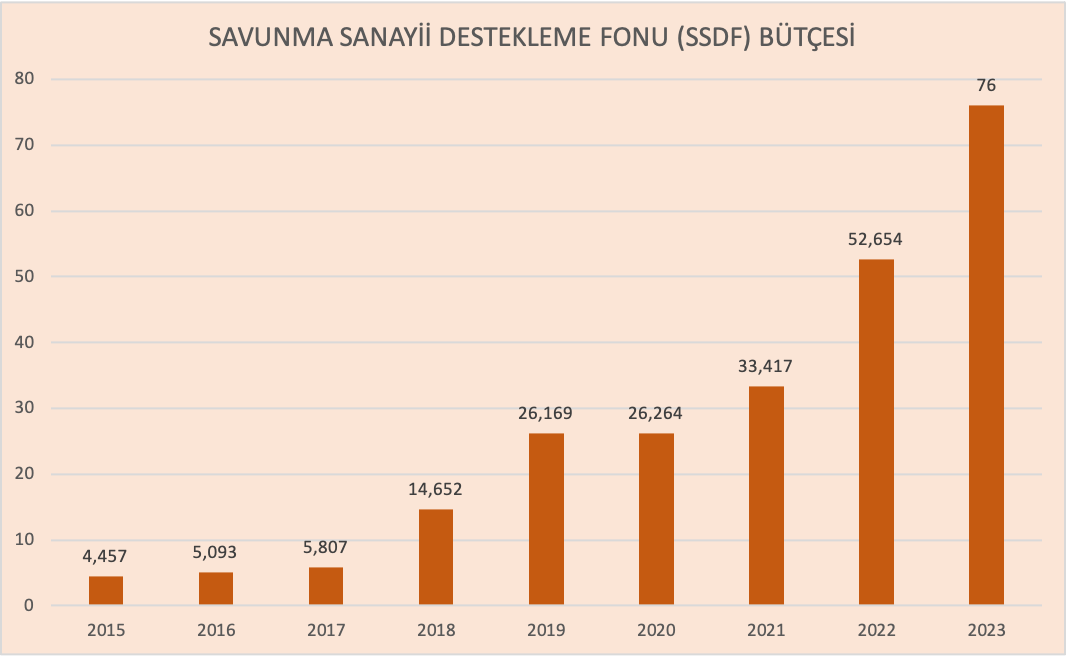 Source: Presidency of Strategy and Budget

It is almost impossible to track where the DISF budget is allocated. The lack of data transparency of public institutions makes it impossible to track which companies or projects the DISF budget is allocated to; however, the size of the incentive packages given to defense industry projects shows that the sector is funded by the state rather than the private sector. 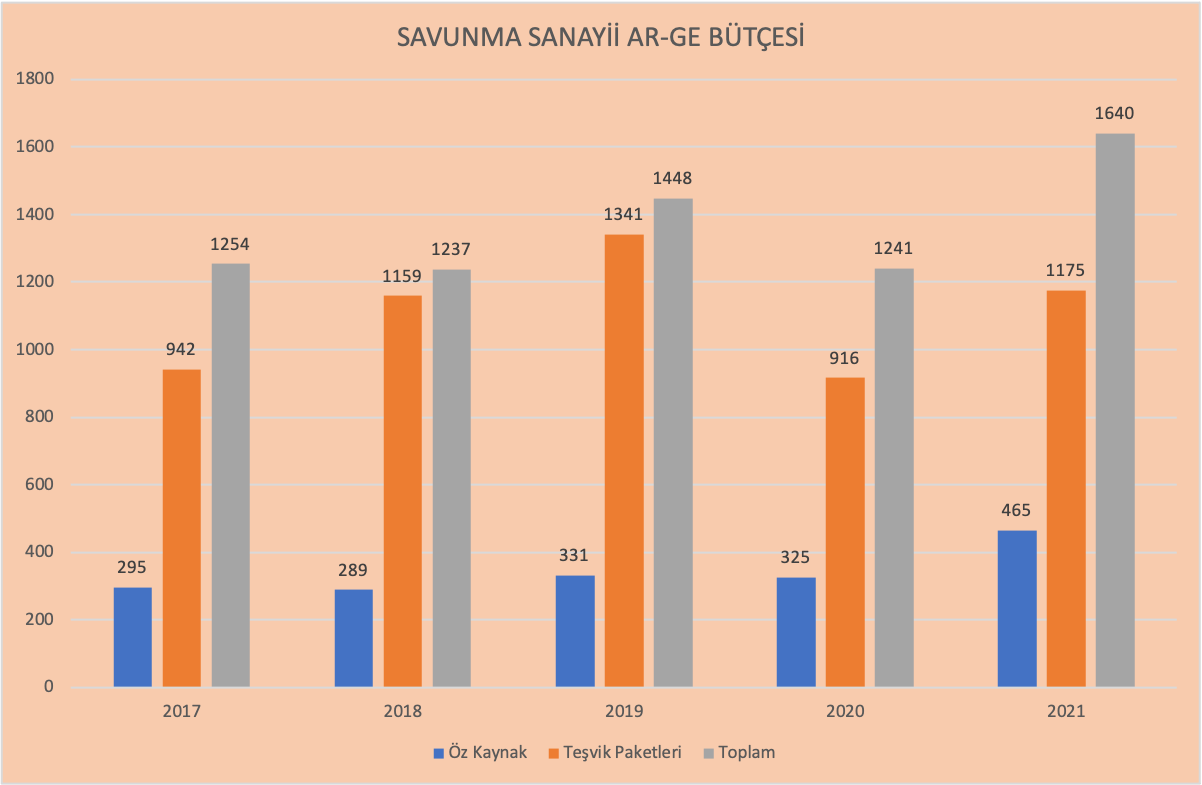 While the bureaucratic and financial restructuring of the defence industry during the AK Party era paved the way for the development of the sector, it also created a new structure in which both decision-making mechanisms and financial resources were concentrated under the President. Breaking the bureaucratic and financial power of the TAF, on the one hand, civilianised the defence industry, and on the other hand, built a system where all control and power was concentrated in the President. Especially with the transition to the Presidential Government System in 2018, the strategy of bureaucratic centralisation and centralisation of power in all public institutions was applied to the defence industry, further strengthening the authoritarian regime established by the AK Party. On the one hand, a political rent mechanism was created by appointing people close to the government to senior positions in defense industry companies, and on the other hand, a new capital accumulation model was created by subcontracting the financial resources of the defense industry to SMEs, one of the most important constituencies for the government.

As the construction-based growth model has come to an end in the structural crisis of the Turkish economy, both the capitalist sectors and the government are looking for new fundraising strategies, while the defence industry is becoming a lifeline for both groups. As a result, the defence industry sector, under President Erdoğan's control, helps to prolong the life of the government by keeping both political elites and capital owners within the coalition formed by the authoritarian regime, and also paves the way for continued support for the AK Party by creating new job opportunities for SMEs overwhelmed by the economic crisis. In conclusion, we have seen that Selçuk Bayraktar's remarks at the beginning of this article about the dependence of the defence industry on the government were right... 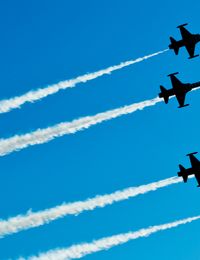