Oh the weather outside is frightful, but the fire is so delightful..

Everyone has their own recipe. There is no right or wrong here, whatever spices you like, whatever fruits you like, that's the recipe. In this article, we are looking for your mulled wine recipe, that is our goal, and we shall achieve it!

In order to find your perfect recipe, we will take a look at the essential ingredients. We are going to explore the spices used in mulled wine with more or less bitterness, and a touch of sweetness - so that you can create your own recipe. Our guide is "The Spice Lover's Guide to Herbs and Spices" written by Tony Hill and translated into Turkish by Nazlı Pişkin, a food culture writer, translator, editor and workshop leader. She is the founder of the İncekiler brand, which includes handmade products, especially probiotic foods and spice mixtures.

As you can see, we are at the right address. Let's start with cinnamon, we will continue with bay leaves, star anise, cloves, nutmeg, and vanilla pods. I share information about these spices with small excerpts from the book that is our guide, below. 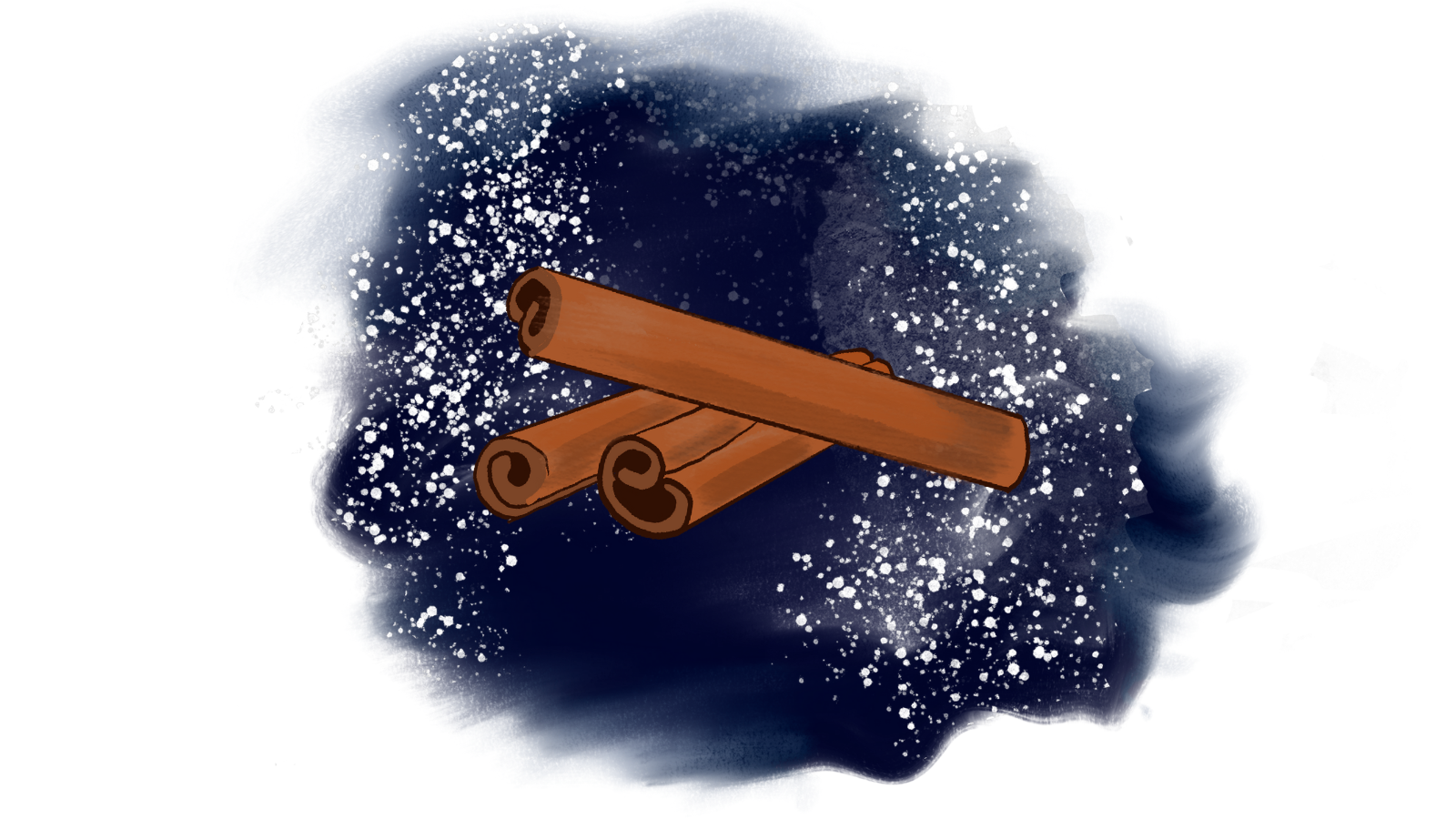 In all cases, taste should be the real test of quality. If you chew a small piece, it should quickly take on a complex nature as a few seconds in your mouth rehydrate the essential oils. Essences of orange and cedar should come to the surface, followed by a distinctive heat reminiscent of clove or mild pepper. This bloom of complexity is the best indicator of quality, regardless of shape or form, and tells the buyer that he has found a fresh crop that’s been properly harvested.

says Tony. It's the "must have" of mulled wine if you ask me. 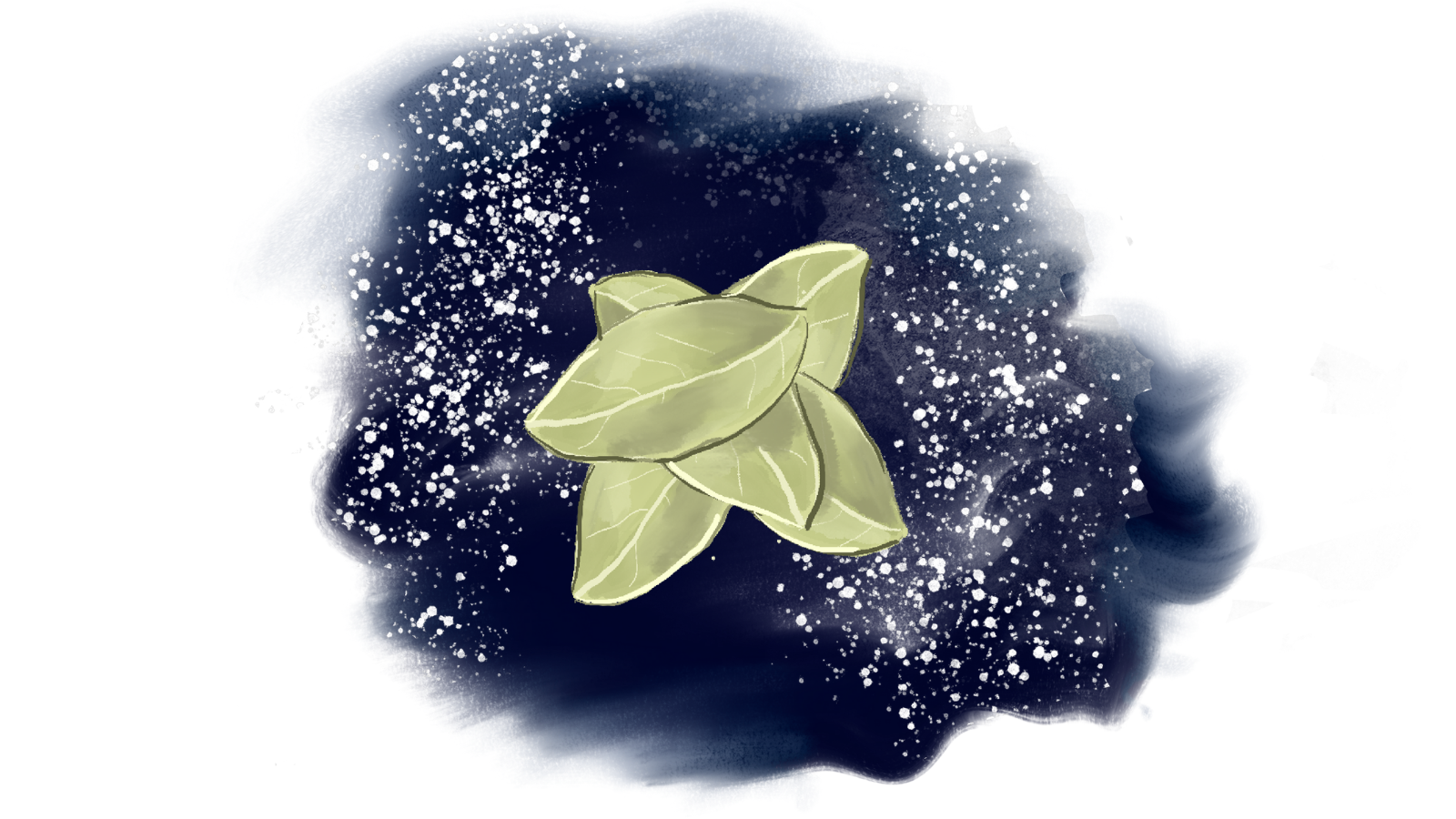 The leaves had a good deal of respect in ancient times, seen in the famous laurel crowns bestowed upon emperors and champions of the coliseum alike as a sign of wisdom and triumph. Mythical tales of love, deception, and conquest all seem to feature laurel, and Homer often wove the leaves into his tales.

(...) Bay is also included in many of the signature herb blends of Europe. Bouquets garnis from France need bay for bittering, and Italian tomato sauces take some savory humility from bay laurel. On the Indian subcontinent, the leaves get ground into garam masala , and across Turkey, they perfume rice and grain dishes.

It is a leaf I personally like very much. Just like in this quote, it adds a slight bitterness to wine, which I love. But it is the smell that steals my heart (and nose). 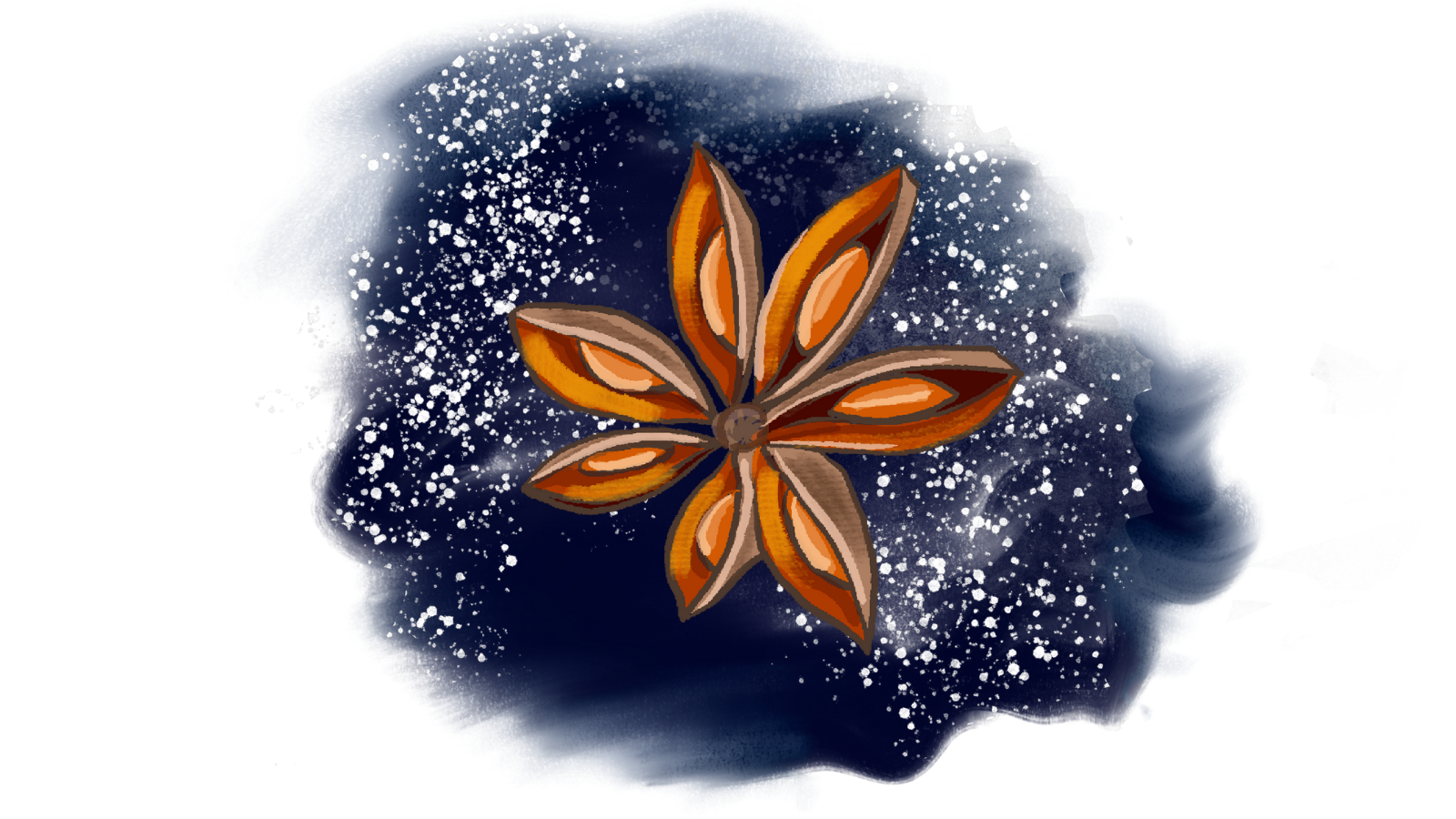 Essential to Chinese cuisine, the fruits of the star anise are as beautiful as they are practical. Nature makes perfectly pointed stars, each arm of which contains a shiny, polished seed, as the fruit of this evergreen tree, which has large waxy leaves and flowers that turn yellow just before fruiting. It’s actually the star-shaped casing that has the most flavor, although the seeds contain some as well.

Chinese people believe that a whole, unbroken star anise with more than eight arms brings good luck. I don't know whether it brings luck or not, but I know that it goes well with mulled wine. 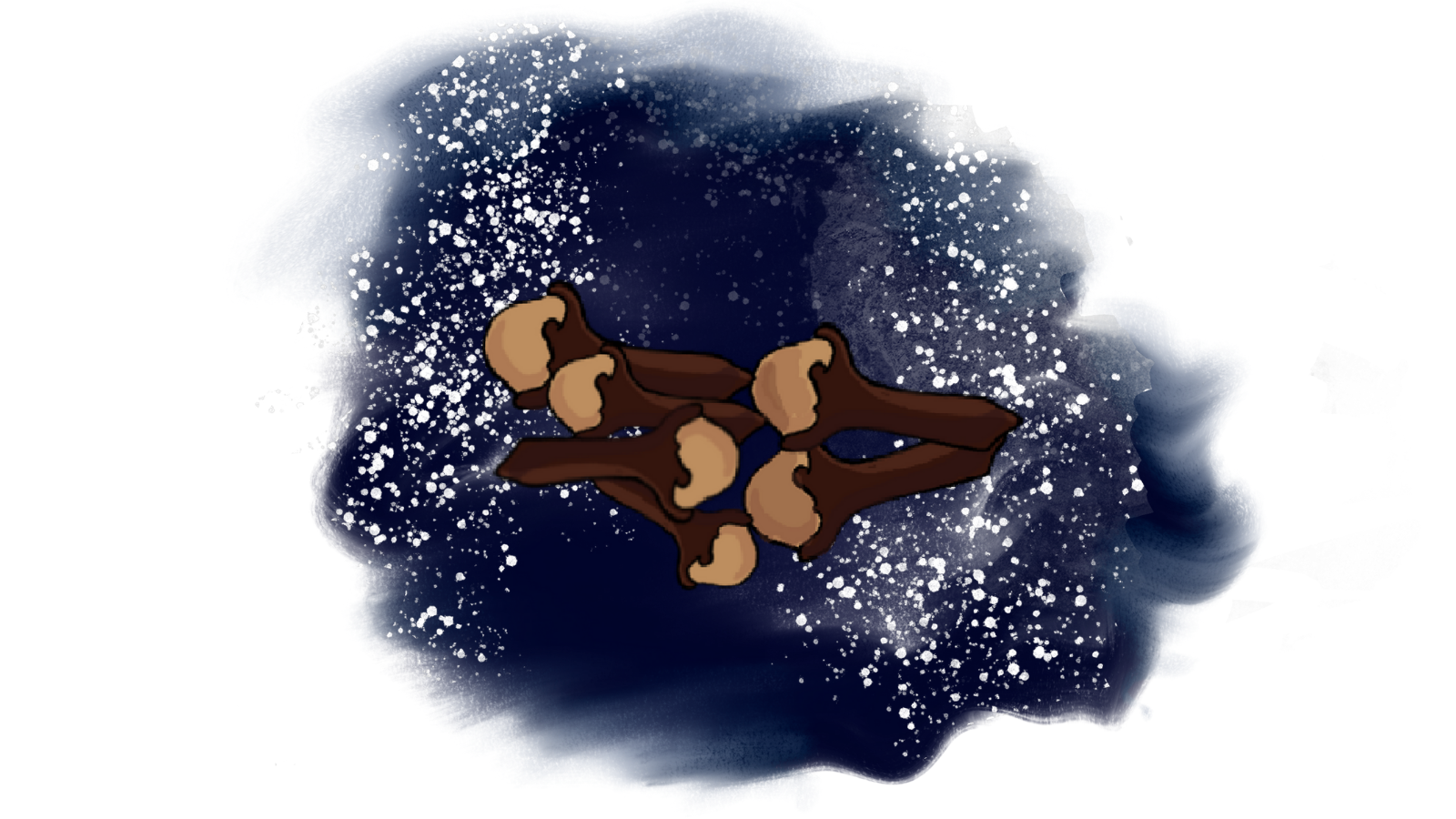 If it were not for the lure of cloves, the Portuguese, Dutch, and Spanish explorers of the fifteenth century might simply have stayed home, the Americas might not have been discovered by the Europeans, and Great Britain might not have built a global empire.

On the more pungent end of the taste spectrum, cloves can actually be intense enough to “burn” the palate unless well blended in a dish, and even then in sparing amounts. The taste is similar to the peppery, sweet heat of allspice but with an even more edgy bite.

When I think of cloves, the first thing that comes to my mind is a cup filled with cloves that you see when you leave a traditional Turkish restaurant. (For chewing.) I can't go into the benefits of cloves, but they are said to be a panacea for many problems. There is no one who doesn't look for the smell of cloves in mulled wine; is there? 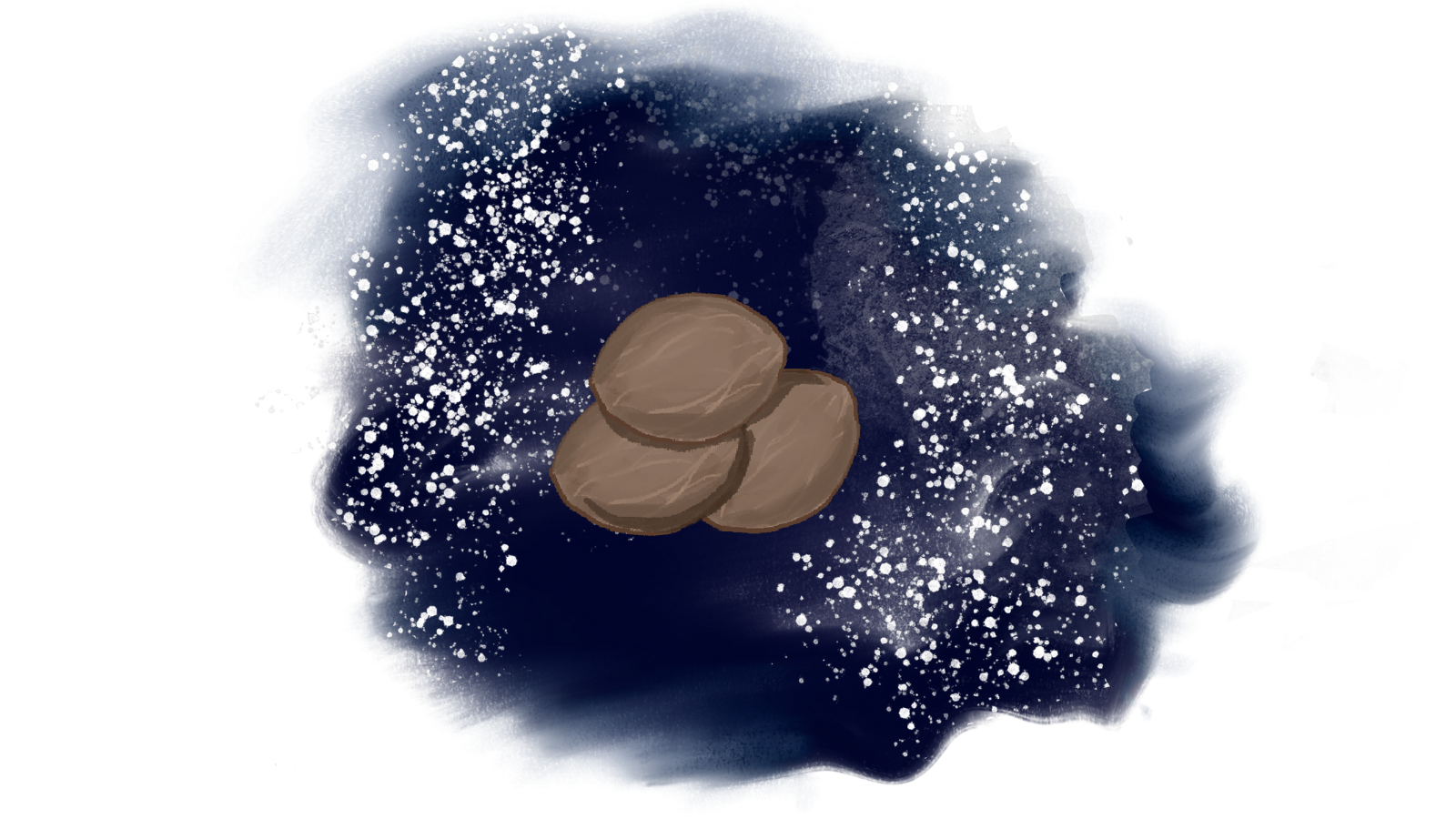 In fifteenth-century London, certain circles held fast to the idea that a handful of nutmeg “mixed with the thread of the crocus [saffron], into a full draft with hot pepper could cure death itself if administered within the moon.”

I think we understand that it's a strong spice...

Since the volatile oils evaporate quickly, avoid the preground product found commonly in stores and buy only the whole nut for fresh grinding yourself.

says Tony. We can add a very small amount to mulled wine by shaving it into a fine powder. 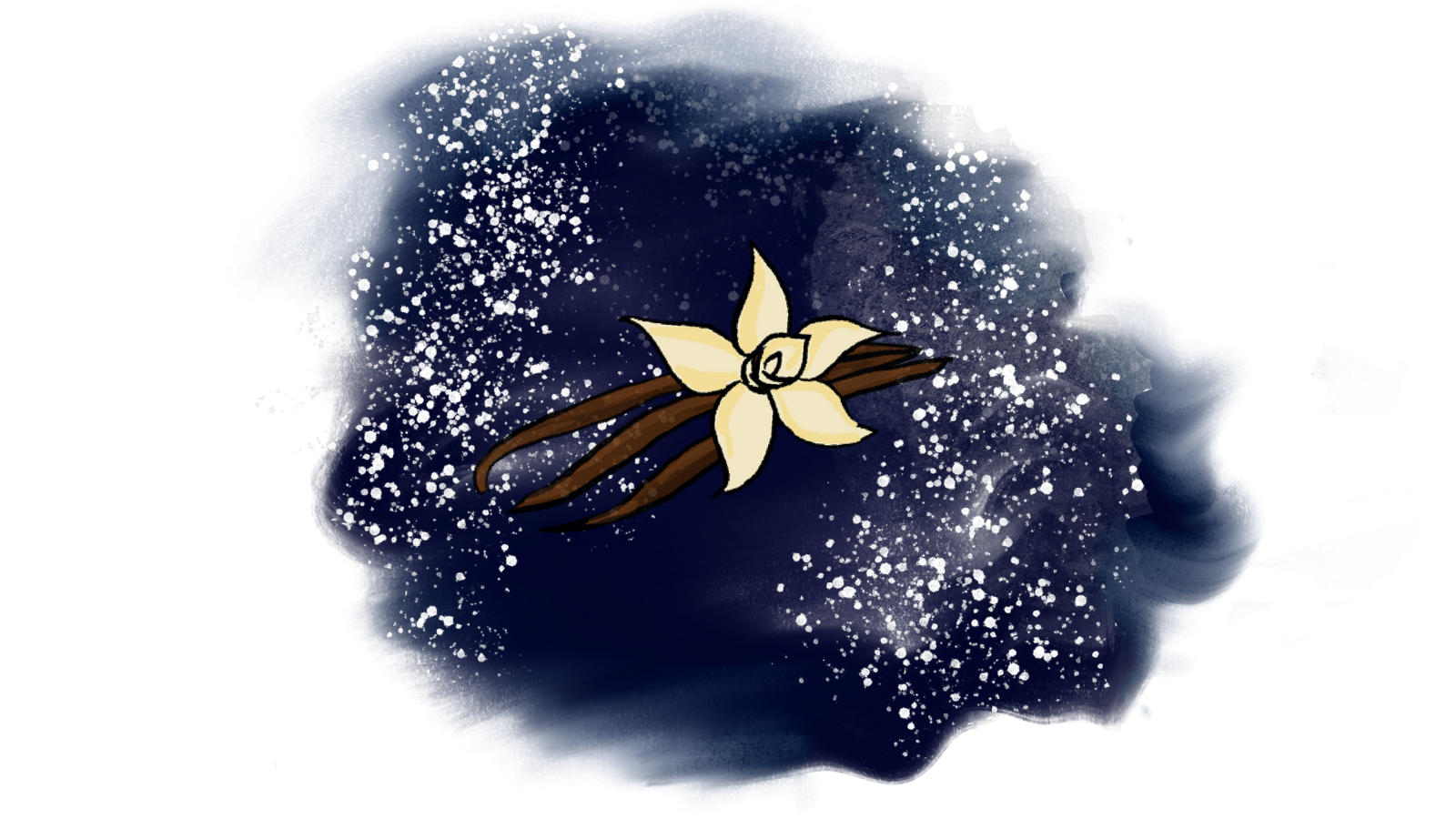 One of the most seductive flavors to cross our taste buds, vanilla beans rival saffron in intensity and cardamom in aromatic complexity, and they evoke as much universal appeal and sensory overload as cocoa and cinnamon. Vanilla comes from the New World, and the Aztecs were the first to tap into the flavor of the bean, with a primitive curing and fermenting process most probably discovered by accident in the forests of South America. Mayan cultures even used the pods for taxes and raised them ceremonially to their gods as a treasure of the forest. Not until the early sixteenth century did this delicate flavor reach the Old World, via the Spanish explorers. It quickly became the fashion in Europe and ultimately spread to gain worldwide acceptance.

In my recipe, I prefer 3 drops of vanilla essence unless you have a vanilla stick, of course. Maybe you have made your own vanilla extract with that stick, and you will use it; who knows?

These are the spices and fragrant herbs in my mulled wine recipe. For your mulled wine recipe, you can use as many herbs and spices as you like. There is no rule. Nazlı suggested cardamom for example, I will try it this week!

Apart from spices and herbs, you can also see various fruits in the recipes. It is very likely that you will see oranges with cloves stuck on them. I use oranges and apples; quince has stolen my heart, I will try it too. These fruits are both a source of sugar and flavour. If you say I can't deal with cutting fruit, you can also use juice.

💌 I suggest you taste the fruits after you make mulled wine, those apples are very flavourful, let's not throw them away. It would be a nice dessert alternative, I'm telling you. 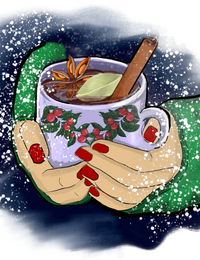